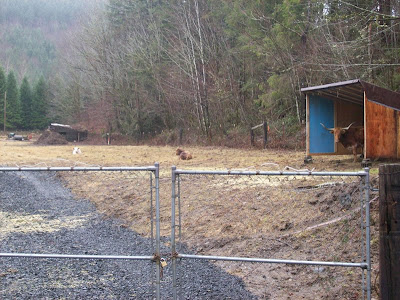 This special update is for my sister who has enjoyed this bull and his harem (of two) as much has I have. It is cow, calf, and apparently bull season out in North Bend and this residence is on my way to the North Fork so I really noticed when they updated the pasture and put out this small family.

What the photo doesn't capture is that it is absolutely pouring rain. If you have seen them over the course of several days and watched their interaction is comes as absolutely no surprise that the bull is undercover while the harem is in the rain (but still nearby so he can keep tabs on them).

I did not get out of the car for this photo. 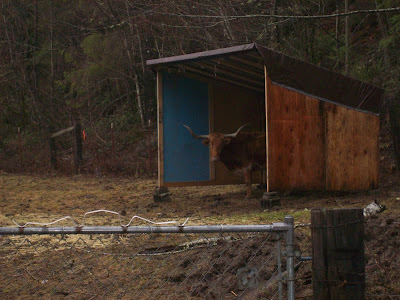 Posted by thequiltingdoberman at 3:25 PM No comments: 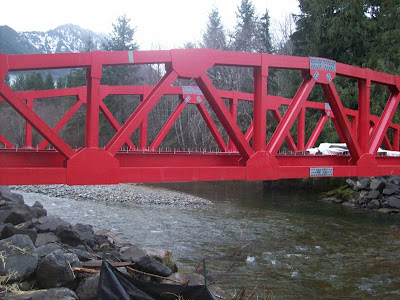 It is almost more fall weather out here right now. The North Fork road really isn't snowed in but it really is cold. Lots of rain (which I more and more blame on the weather ninja). Today I went to check on the progress of the Sunday Creek Bridge which I really wish they would finish. It still has no decking. 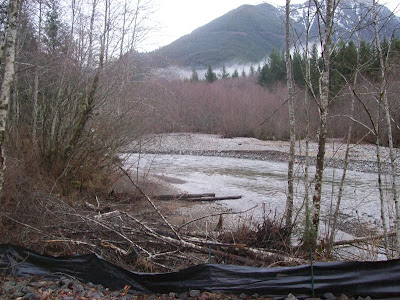 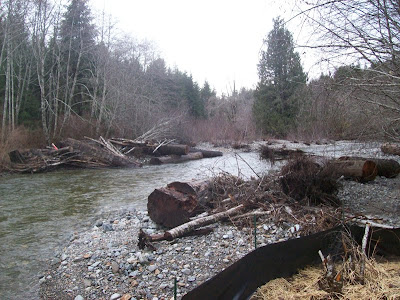 Below is the swamped over road to the Sunday Lake. It always has a swamp actually, but at this time of year it is pretty deep and miserable. It had some pretty nice sheets of ice across it however. 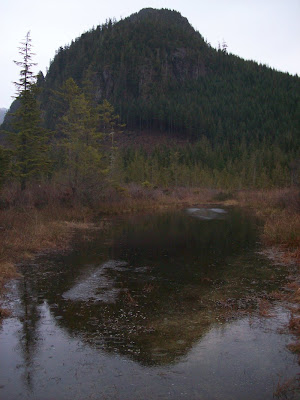 Posted by thequiltingdoberman at 7:52 PM No comments: 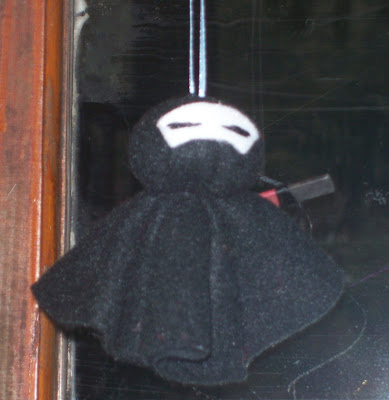 So I get this weather ninja for Christmas and hang it in the window and all I have to say is that it pretty much hasn't stopped pouring rain. But it could be dumping snow like last year so I will not feed weather ninja to the cats yet. 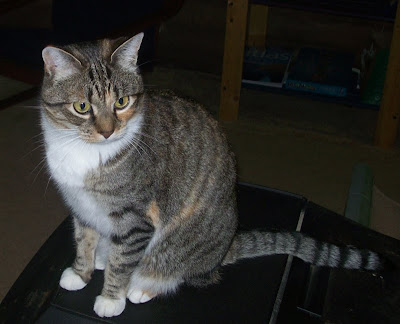 Posted by thequiltingdoberman at 11:29 AM No comments: 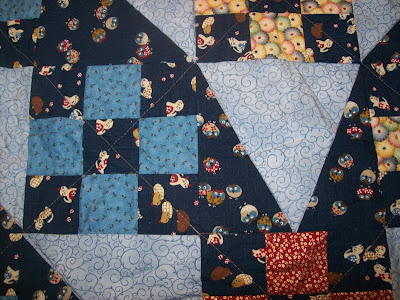 This quilt started probably a good 4 years ago (at least). It was born from a fabric purchase. :) I saw the cute kitty print and the owl print, instantly knew which person in my life would love them, and bought several yards of both - without a planned pattern. 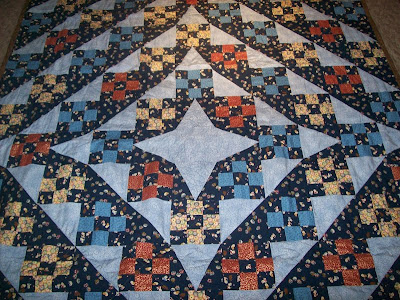 The pattern was taken from Quilter's Newsletter Magazine, November 2003, No. 357, and it is called "Dressed to the Nines" by the Yakima Valley Quilter's Guild of Yakima, Washington. The pattern was supposed to have applique in it which at the time I was convinced I would never do so I got around that by using a fabric with prints for the borders and for the contrasting to the nice-patch blocks.

You can imagine the large applique flower that was supposed to go in the center.

Part of the reason I selected the pattern was the illusion of curving as the pattern went to a point on each side. 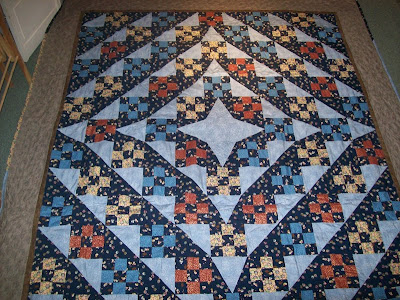 I got to use a lot of browns in the finishing which I love. The red on the other hand was a huge risk for me but it worked well. :)

The quilt is just huge. It is another pretty much queen-sized. I have since got a lot better at reading patterns before I start so I can either bring them down in size or avoid them all together. 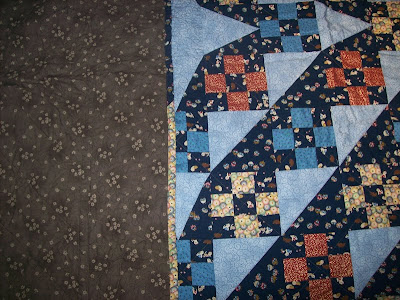 Posted by thequiltingdoberman at 11:16 AM 2 comments: