Rusty earns himself another report 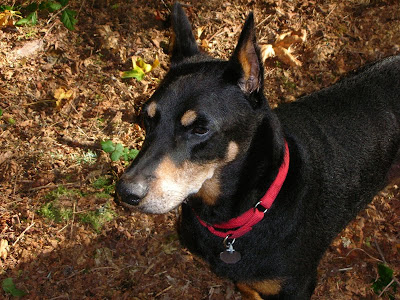 On Saturday Rusty got away from me for the first time. It was yard waste day which is a lot of fun for him and he was really excited and squeezed past me at the gate. He almost stopped at the door of the truck; then he realized we weren't attached. He also half considered the recall - but then trotted away. I suppose I should be encouraged that he recognized the recall enough to blow it off. At least he thought about it first.

The adventure ended with me tackling him from the side. Good thing we started him on Tramadol last week for his painful and declining back end. He was in sorry shape and pitched a big bucking tantrum as I dragged him back to the house.

I kenneled him. I calmed down. I got him back out and we resumed our trip for yard waste day. He walked out of the kennel like nothing ever happened. 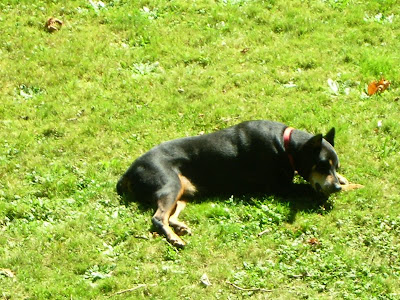 This morning I decided to give him a bully stick. This was an experiment after an unfortunate incident in which he swallowed about 5 inches of bully stick whole and I had to give him a laxative for several days. The key is to give him the stick and leave so he will settle and chew.

I would check on him periodically to make sure he was chewing slowly. Then, I looked out and I could tell he was burying the darn thing! I tried hard to find it after I put him in the house. No luck. 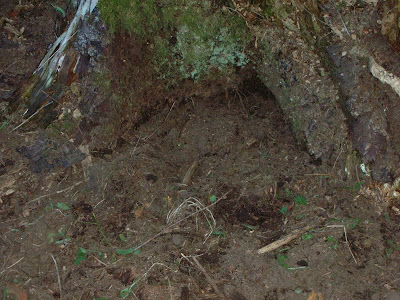 Then I decided to start my pre-winter cleaning and this time treat myself to steam-cleaning the carpets. Yeehaw. This was a new thing for me. But I did the store version rather than having someone come out to the house. I read too many bad reviews, I decided I would rather make a $30 mistake than a $200+ mistake.

To clean the carpets involved moving the entire house into the kitchen including Rusty in his kennel. Rusty doesn't like:

Since I managed to accomplish all three of his dislikes in my cleaning frenzy he puked all over his kennel because he knew I wanted to wash all his bedding and him today as well. 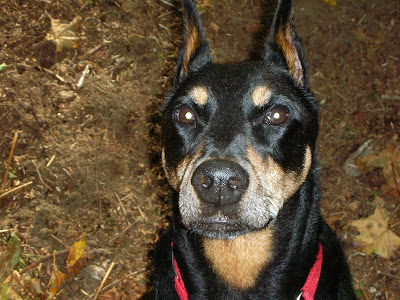 Then I took him in the yard to dry off and he dug up his bully stick, shook it out, and quickly ate it.

I would say we are done with bully sticks.

Sometimes I look at Rusty and I think to myself what pathetic person gave this gem up? :) Everyone who buys a baby pet should have to rescue a senior pet at the same time. In addition to the social goodwill; adopting a senior will a. remind you what is coming with your pet aging process and b. the full grown poorly trained senior can sometimes make the puppy look absolutely amazing even when it chews the seat belt in the car or lays on its side in dog obedience and kicks rapidly.

Put it another way...I can almost guarantee Rusty will be the first one to have the accident on my newly cleaned carpets.
Posted by thequiltingdoberman at 4:59 PM 1 comment: