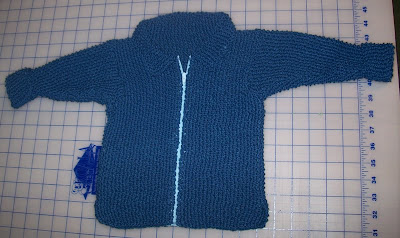 This project is called "zip-up jacket" and it is from "Adorable Knits for Tots: 25 Stylish Designs for Babies and Toddlers" by Zoe Mellor.

Overall the pattern came together nicely. It was easy to follow and I didn't notice any mistakes. I happen to love seed stitch so it made it enjoyable to knit up. I did omit the pockets but I was using a yarn not entirely intended and had to make some modifications for yarn shrinking so I wanted to make sure I didn't run out.

The yarn was Rowan denim. The description reads: "Denim shrinks in length and fades just like jeans." I had read that the yarn could shrink up to 10 - 20% in length. Because of my limited stash, I increased the length of the end project by 10% only. I only had problems with the Rowan denim color rubbing off on my hands with one skein. I don't know why. Anyway, I will be interested to see what fading happens.

I have never had a zipper give me so much hassle. Two problems were my fault:

1. I tried to put it in using a sewing machine versus hand sewing it = puckering.

2. I bought a zipper that was not intended to detach at the bottom. Next time you ask yourself, what person would put a zipper that doesn't detach at the bottom on a baby's garment...well now you know: a person not entirely firing properly in the fabric store. Not only did I buy the wrong style zipper, but I also bought a ton of "unneeded fabric." But that is a subject for a later entry.

Once I put the zipper in properly, and then managed to accidentally take it off its track entirely and then put it back again I will say the sweater is quite cute. But I give myself some minus points in the functionality column.
Posted by thequiltingdoberman at 10:08 PM No comments:

This block had a LOT of pieces. It also had the most colors and that was definitely where I messed up the most. I had a hard time always matching their colors correctly; you are trying to make sense of the small photo, the animal and color names such as "curry." :) This time I took a lot of cues from the fabric size as well. 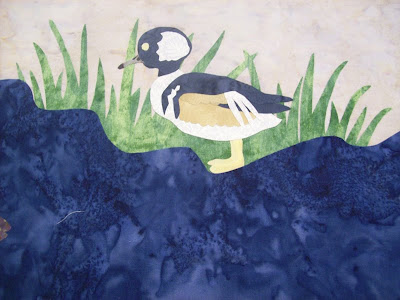 I still made the most mistakes on this one so far. I had to retrace a couple of them because I misunderstood colors. Fortunately I didn't run out of color.

The water piece was huge. It is actually two adhesive pieces brought together. At first I didn't want to waste adhesive but then I realized that if I just cut it myself I would have to needle turn it all down and that seemed equally involved. 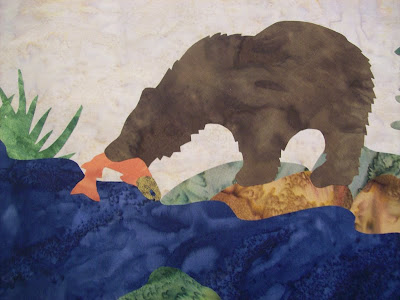 Posted by thequiltingdoberman at 8:49 PM No comments: 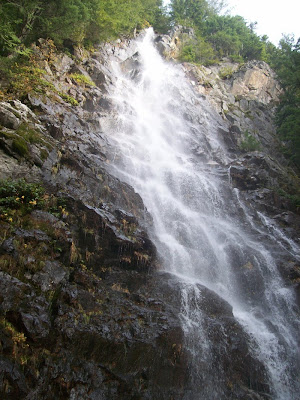 Today was one of those warm and beautiful fall days that I knew I would regret not hiking in...only I wasn't entirely in the mood to actually hike. In any case, I left with the plan to go up Tenerife. Had I actually stuck to that plan, there wouldn't be much to write about.

After you visit Kamikaze on the way up to Tenerife the trail starts to gradually move east and away from the falls. Today I eyed an off-shoot "trail" I have eyed before and thought to myself today I am going to see the "top" of Kamikaze...which as you can see from the first photo is a very sheer drop.

The "trail" quickly ended and before I knew it I was on one of my poorly planned treks which I usually only do every few years...long enough in-between for me to forget about the last one. 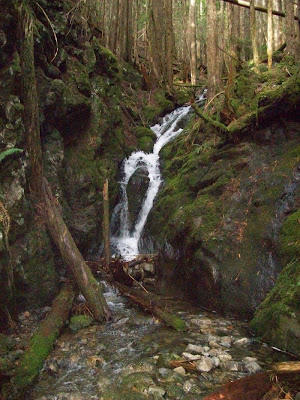 I didn't actually hit the "top" of the falls, rather I was above them (significantly) along the Kamikaze creek...so then I thought to myself, maybe I should see where this water feeds from. The creek itself is very pretty. I think for some reason I was building it up to be this hidden beautiful lake (not that there is one on the map). 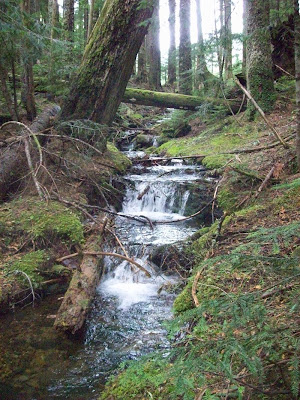 From that decision on resulted in a day of wandering up creek, uphill and off trail. It was pretty but steep. And worse than that; the creek eventually broke off in two directions. At that intersection I got distracted by an uphill area which reveled some interesting caves which the photo doesn't capture well. They are less caves and more a network of extremely large rock that creates very deep area. This one looked lived in: 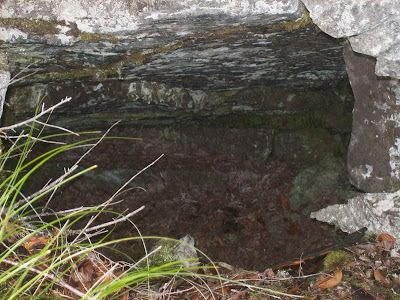 As far as my source finding...eventually I hit swamp, snow, and slash and the creek really spread out. Yes. It was that bad. There was occasional tree flagging by someone who was clearly marking trees. After some unhappy tromping around; I then had to make a tough decision, and seeing as I had left my map at home because I never planned to go off trail in the first place, I decided to go back the way I came. (After consulting my map at home, I made the right decision to turn back).

There were some good parts to the exploring that I wouldn't mind getting back to; but I will need some time to forget the not so good parts. 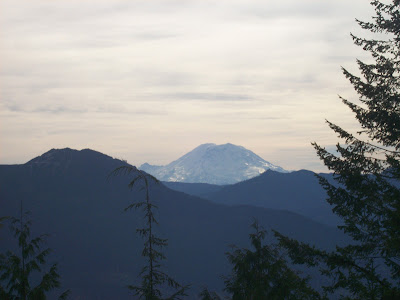 If only a packet of 12 fake mice made people this happy: 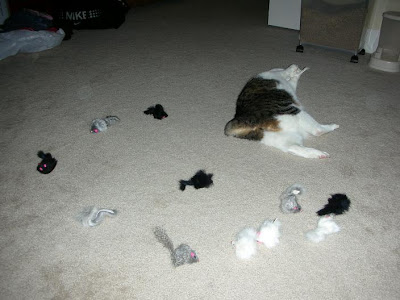 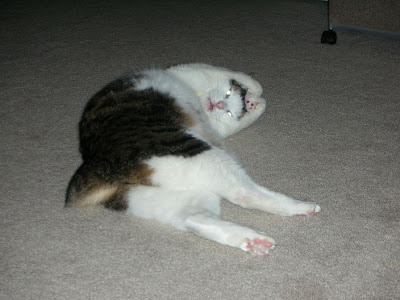 Posted by thequiltingdoberman at 9:10 PM No comments: