Happy Halloween all! This is probably one of my top holidays and I feel like I have done nothing...not even black nail polish!

Last weekend mom and I took the pups out for photos and a little early Halloween celebrating.

First, we went to PetSmart. They all got their matching costumes there. 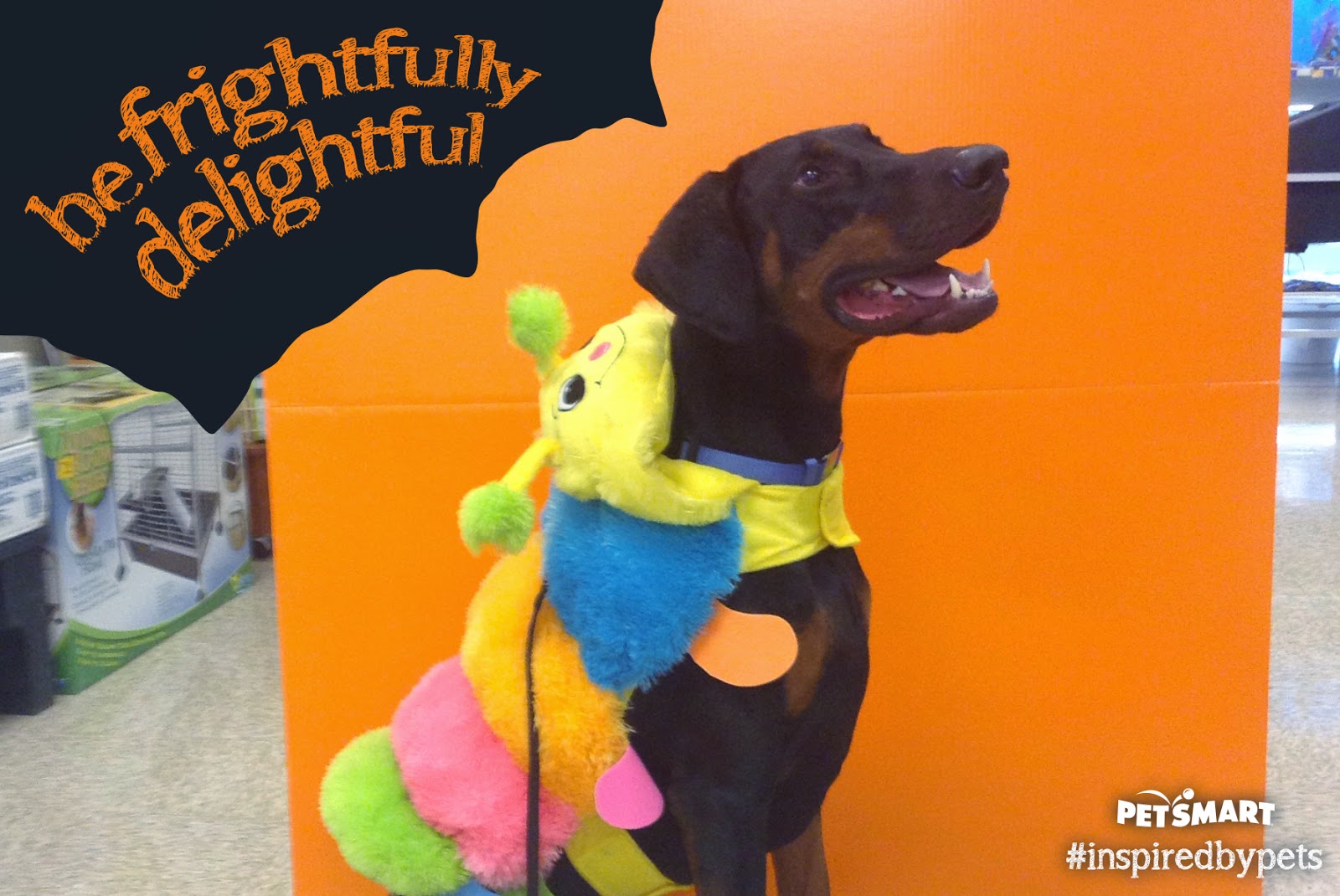 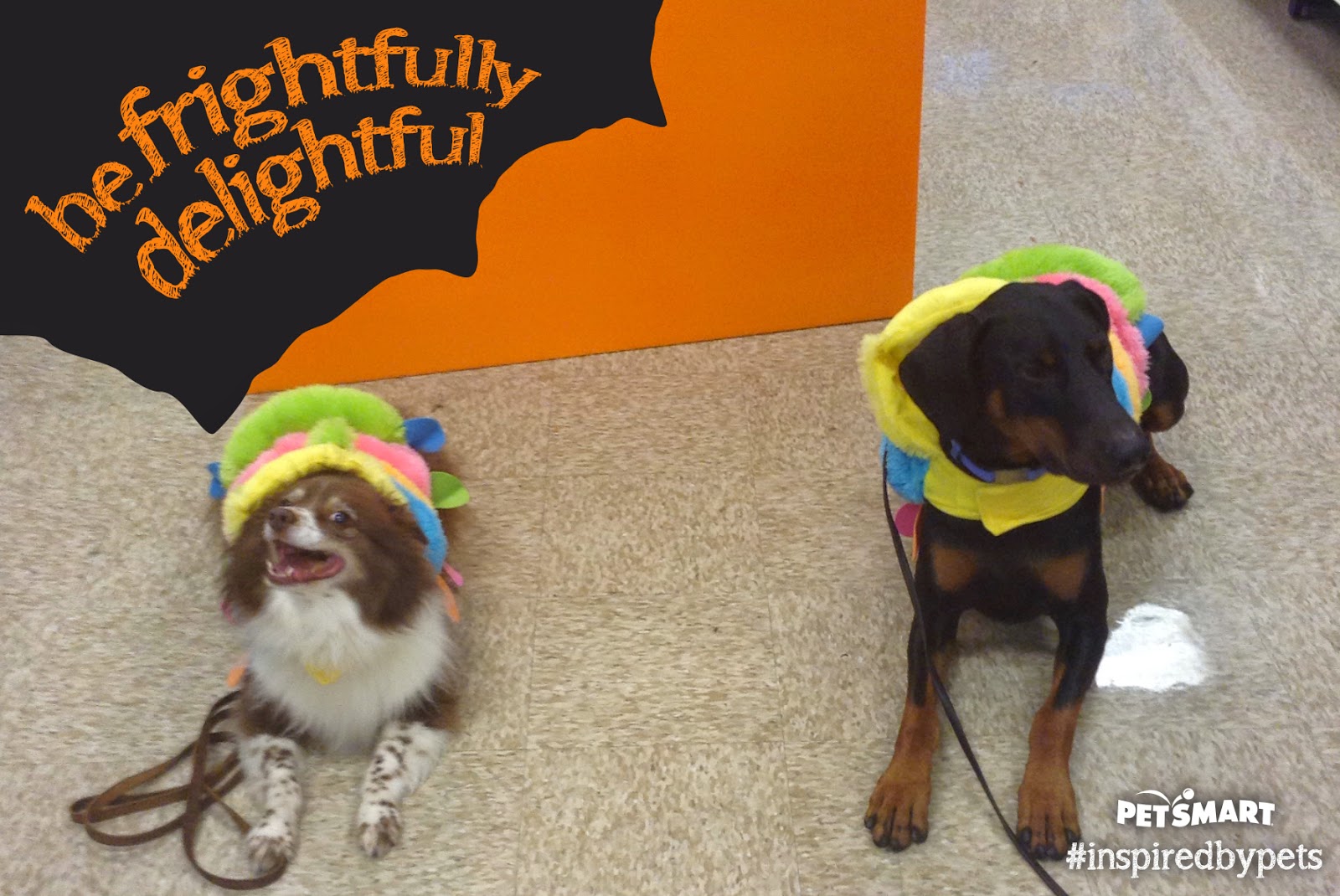 And Maggie wouldn't stop talking about her feelings. Nim was a little confused. 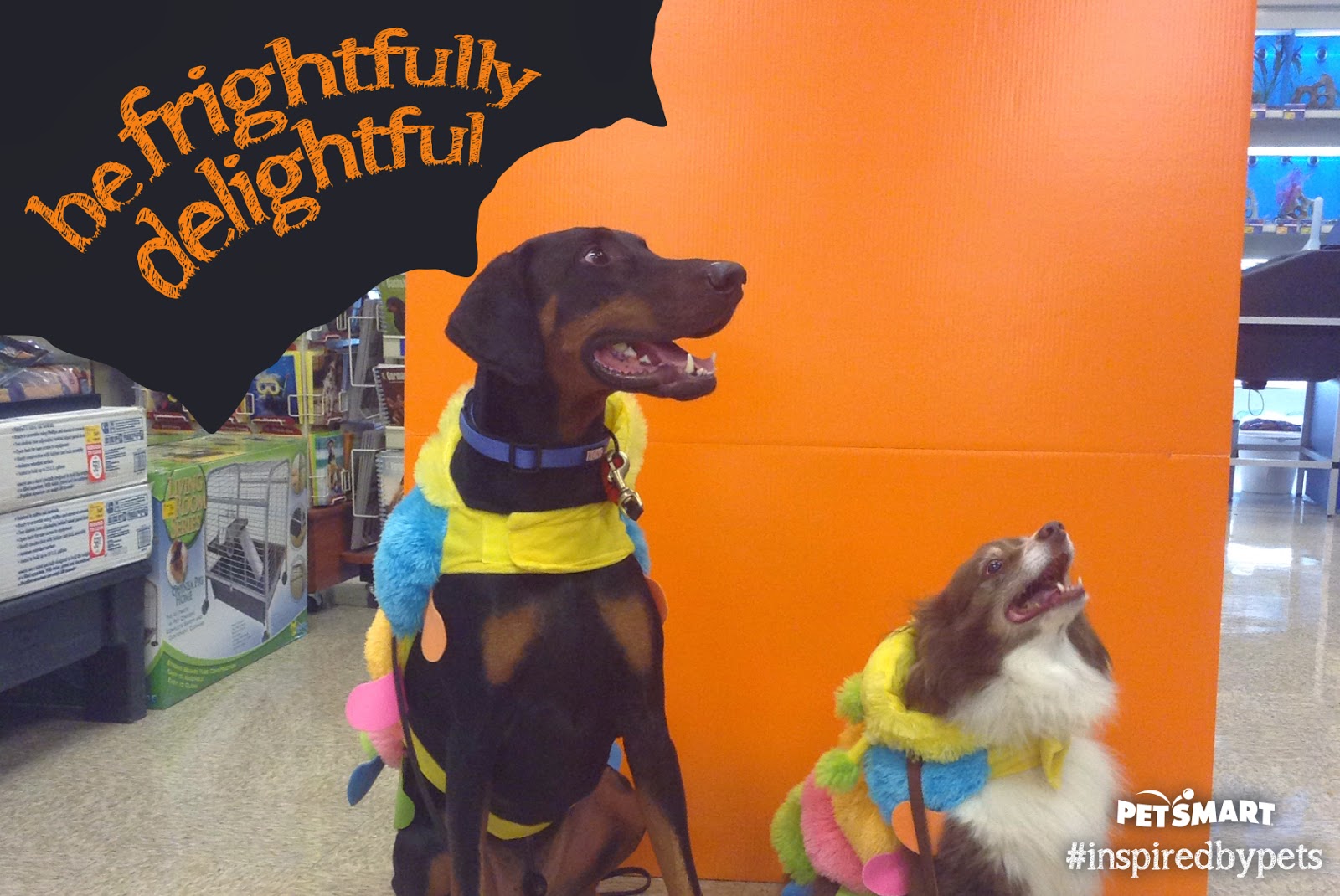 Maggie was less chatty in this second photo.

Gypsy, well. It is hard being Gypsy. 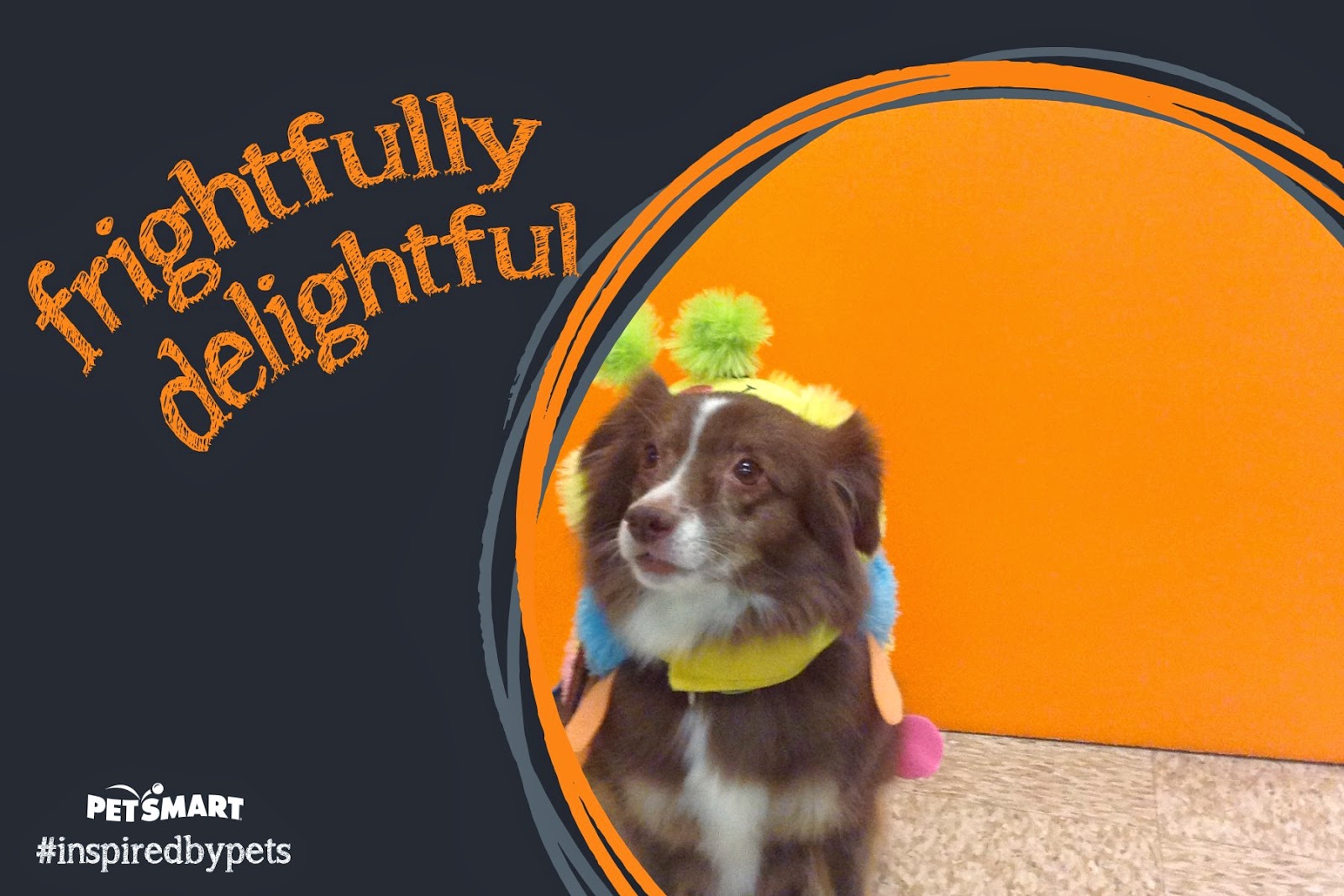 She had to wear a costume and cameras are trying to suck her soul. Interestingly the head part actually fit on her. She even has her little antennas up.

Apparently Maggie was trying to say that she wanted her own photo alone too. 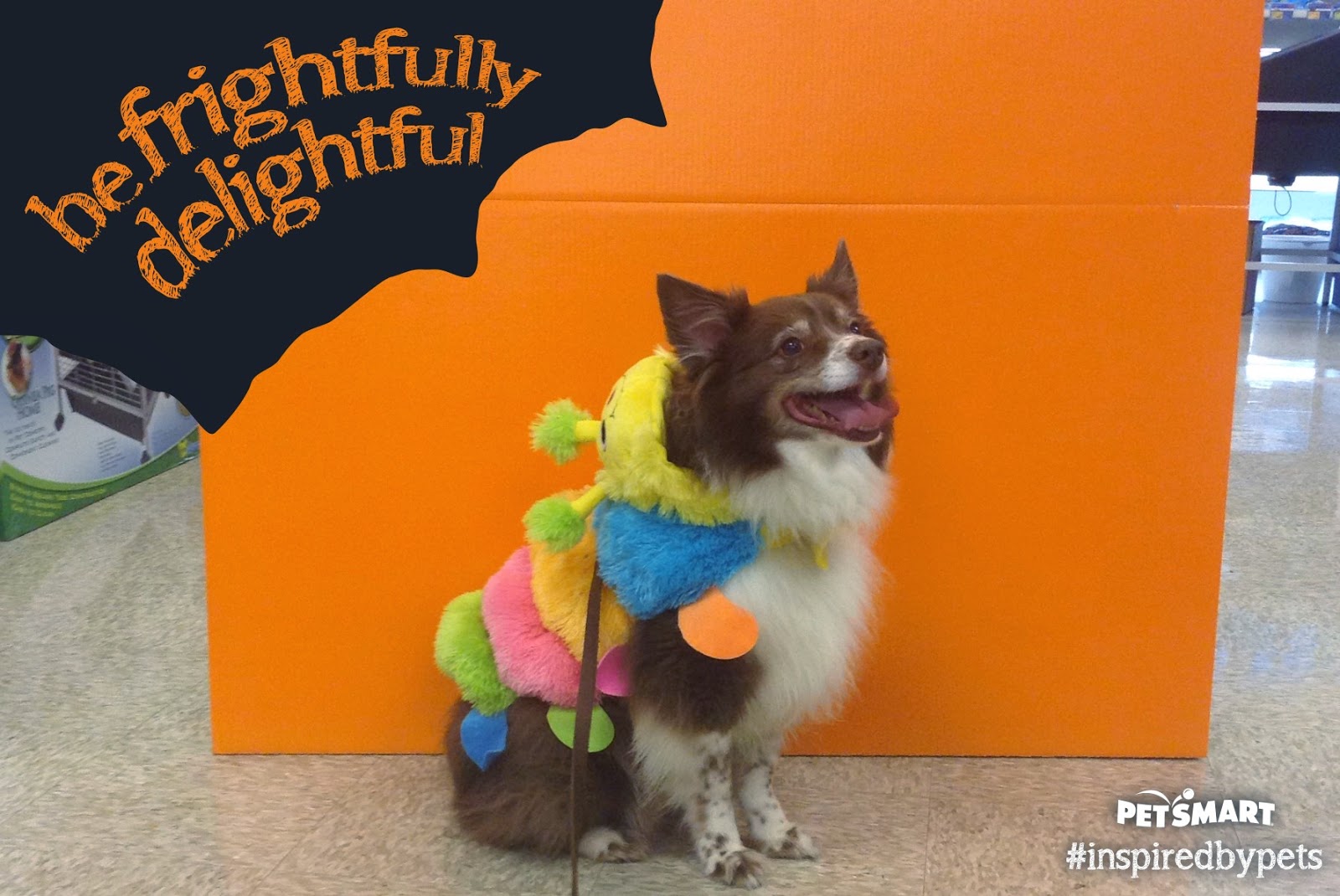 After we left PetSmart we then drove to Woodinville for Cascade Kennels Haunted Puppy Town. That was nuts! I really am impressed with what they pulled off for this. That was a lot of dogs and kids in a pretty small area. It was great fun.

All of the following photos were on the Cascade Kennels facebook page. I definitely needed all my hands free at this event.

Gypsy was probably a bit underwhelmed with the riff-raff, and I am sure that a week later she is still processing the events of the day. 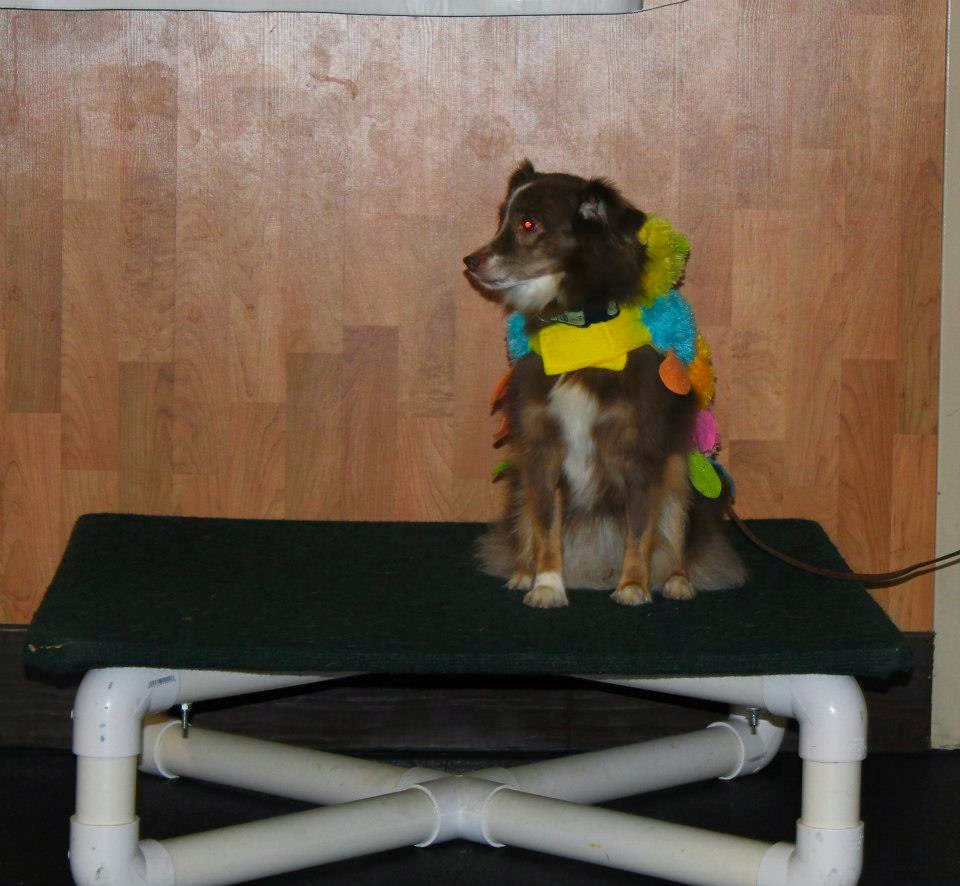 Maggie of course had fun and she got to see one of her favorite trainers there. I am pretty sure all of Maggie's trainers are her favorite, but you never know.

Nim and Maggie went through a maze together. Maggie peed in it. Nim did not. Ha! 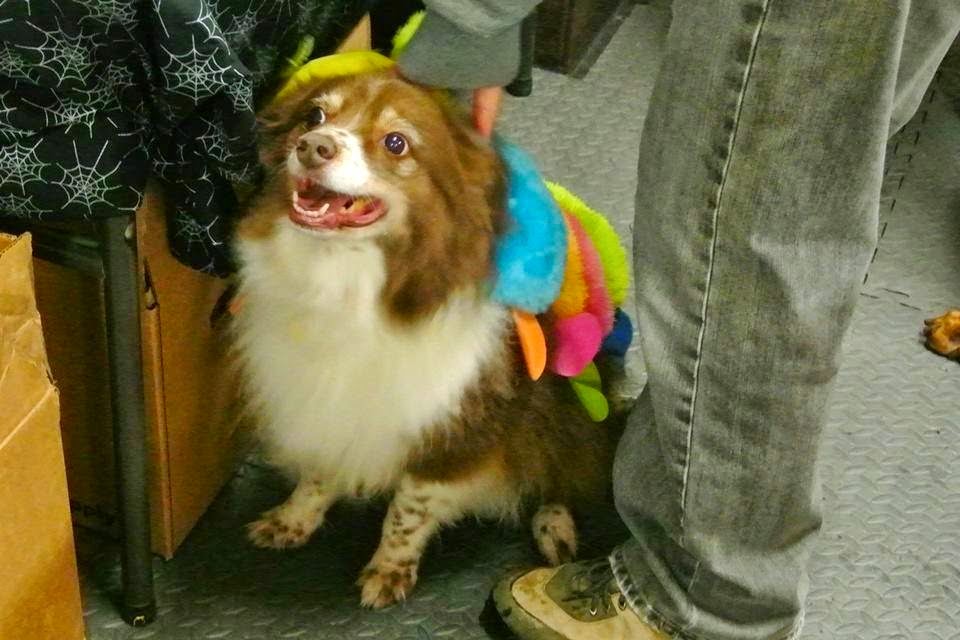 It was really a great event. Several different groups were represented. You participated in the event for a donation and they all had little treats to give away. There were even animals for adoption there.

This was the first event that Nim was surrounded by kids in costumes. It wasn't until I noticed him really trying to investigate one of them that I realized it was probably a weird experience for him. He wasn't freaked out or anything, but really just seemed generally interested.

We took some time in a corner for awhile so Nim could actually calm down and just be present. In retrospect he really needed a lot more support and work on the way in.

Either before or after this photo was taken Nim jumped on the table. Judging by my vice grip on the collar I guess it was after. 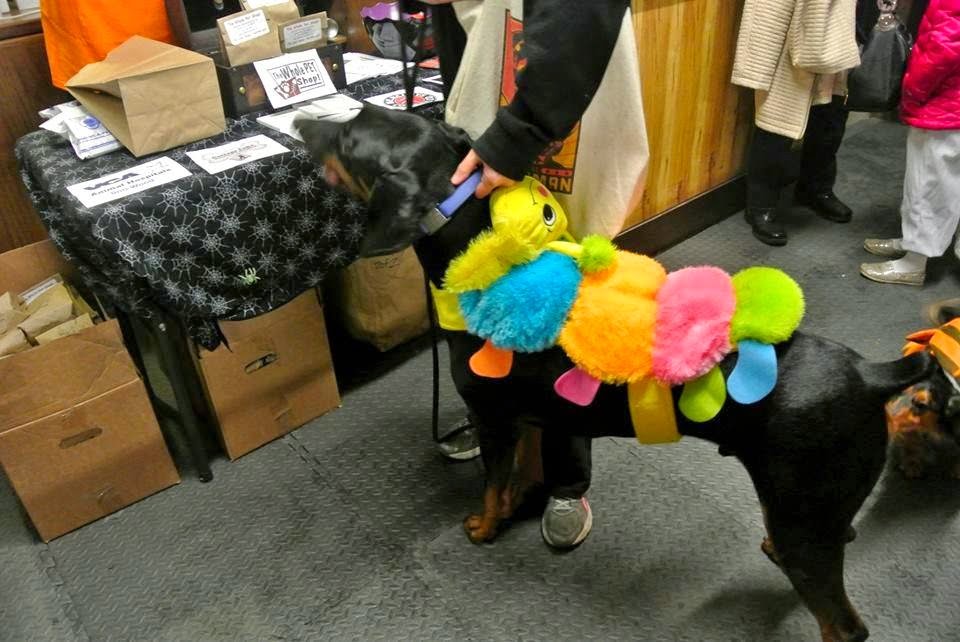 The "Maggie Favorite Trainer" (Katie from Dogs in Progress) had a little agility course set up that was fun. I haven't yet taken a class from Katie, but I have seen her in other classes and watched her compete. Great handler and trainer. Another "Maggie Favorite Trainer" was supposed to be there (Pritamo from FunQuest Dog Sports), but she was out sick. Gypsy says Pritamo is HER trainer anyway and NOT Maggie's. But since Pritamo is a Nose Work trainer I was of course hoping for a scent game. :)

Both Nim and Maggie had fun on the agility course. It has been about 2 years since I have done any agility and contact work and watching Nim slow to do his contacts made me miss it a lot.

There was a bobbing for hot dog event for the dogs (I think the humans were competing on Marshmallows). This was slightly disastrous because first Nim wanted to jump on the guy with the string. The guy was actively moving the string and talking to Nim so from Nim's point of view that is where the game was. Nim was completely missing the hotdog dangling in front of him. Then when he finally did understand the hot dog part I had to fight to get the string back.

This photo of Maggie and Nim is hilarious. 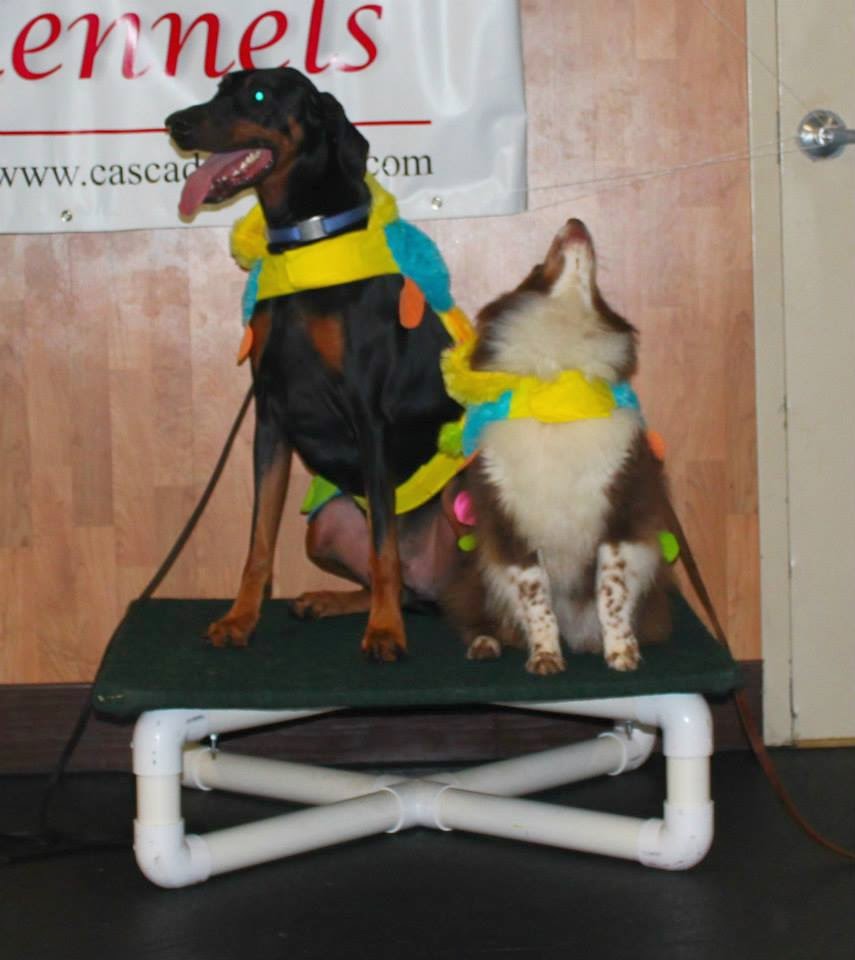 I leave you on that.

I have been silent due to a dead primary computer, work, and studying, but really miss my blogging. This Halloween adventure was a nice break.

I can't believe November is starting...
Posted by thequiltingdoberman at 10:08 PM 8 comments:

This has not been a pretty couple of weeks. I am not loving my life right now. Fortunately for you, I have a lot of pretty photos. It is also a good reminder to me that I have some really nice things still in my life. 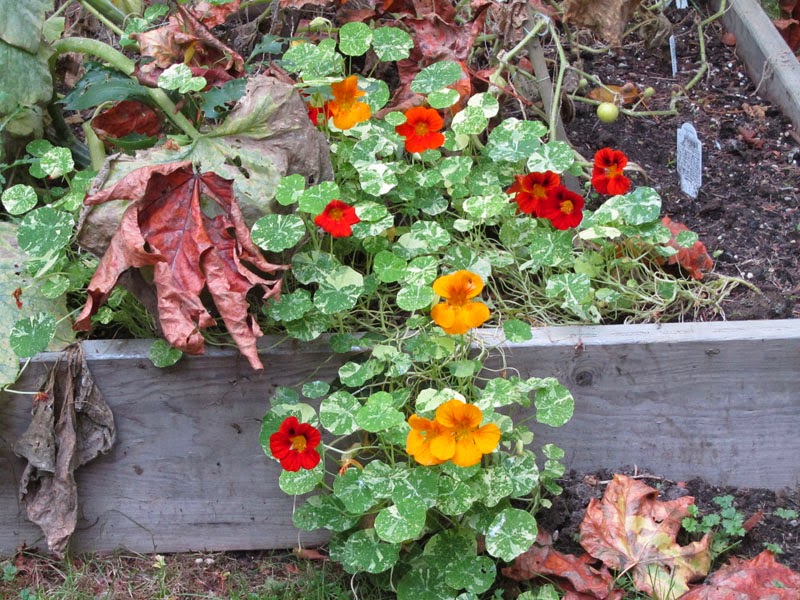 The pellet stove is back in operation. I even went shopping for my first ton of pellets. I also changed my car oil that day. That, my friends, is called "studying avoidance." 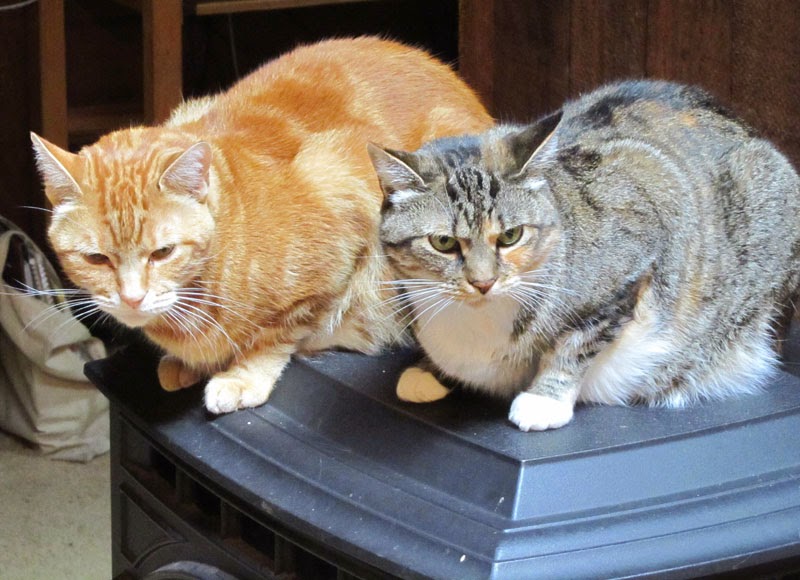 For whatever reason this year Nim seems to like the leaf piles. 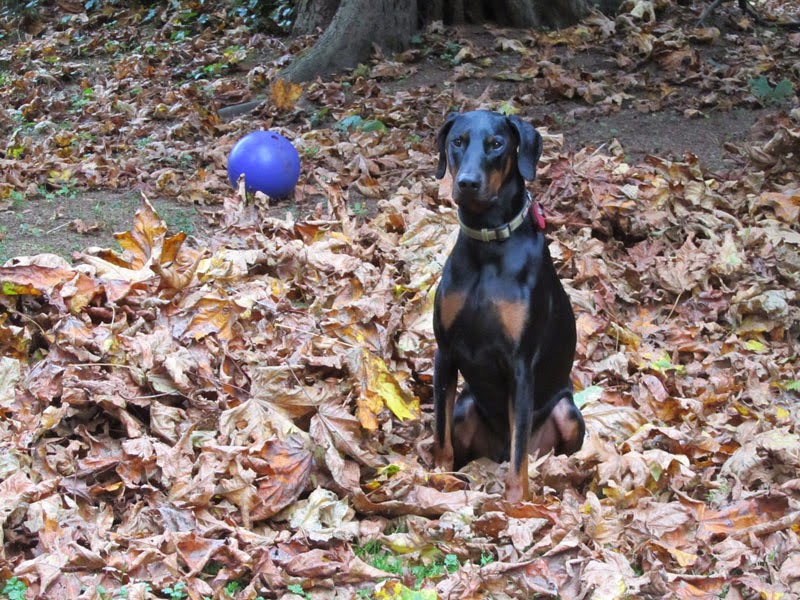 He is really into running them which has never been his thing. The last dog I had that really liked the leaf piles was Rusty. 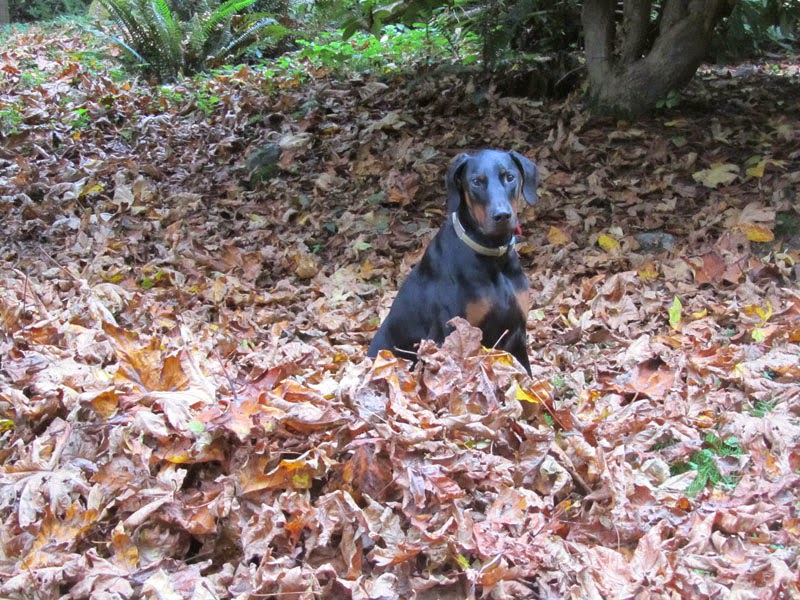 Leela says for the record this is not snuggling. She actually backed into Emile in an attempt to move him out of her spot. It was unsuccessful. 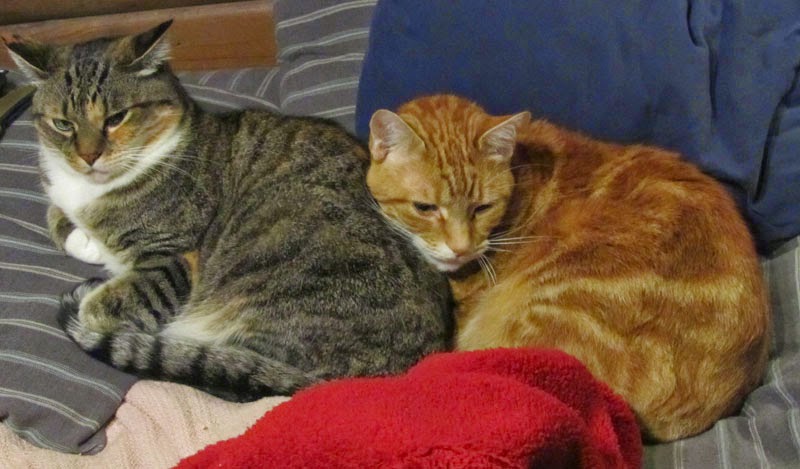 Pretty flowers on a walk. 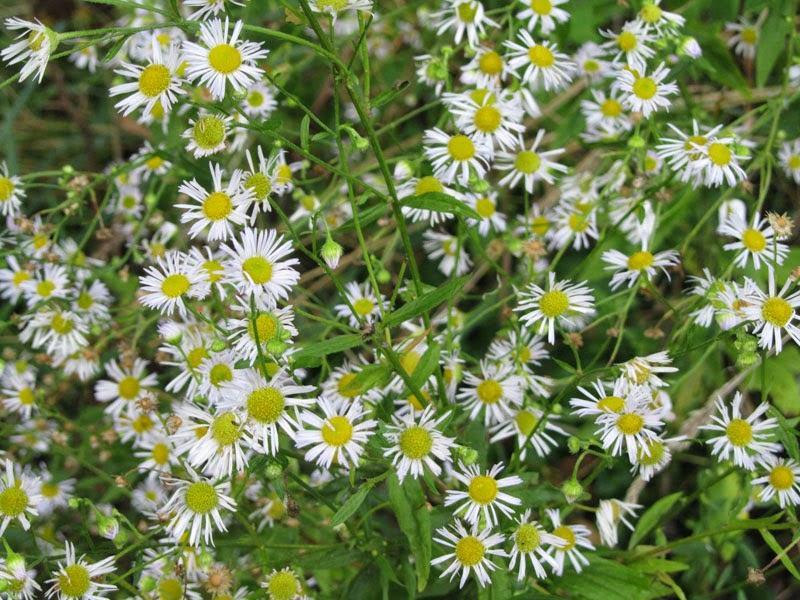 You can see how tiny they are next to Nim's giant head. 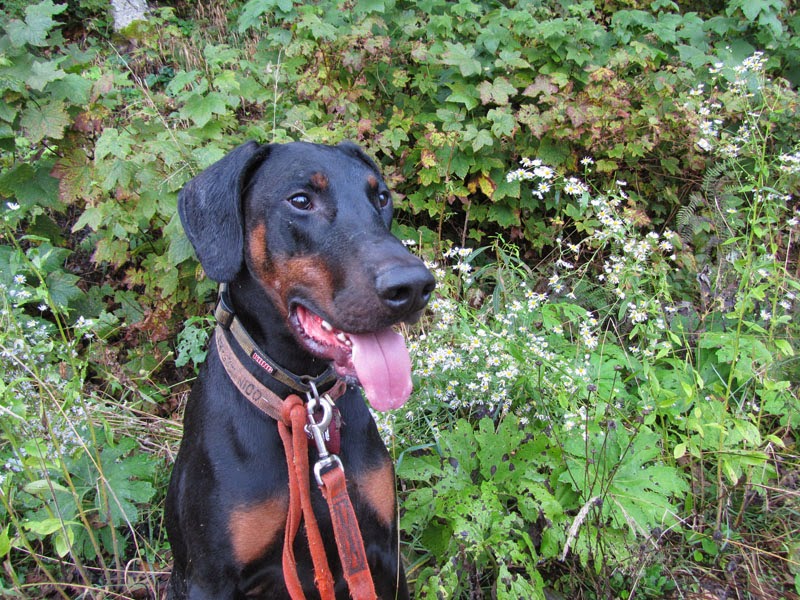 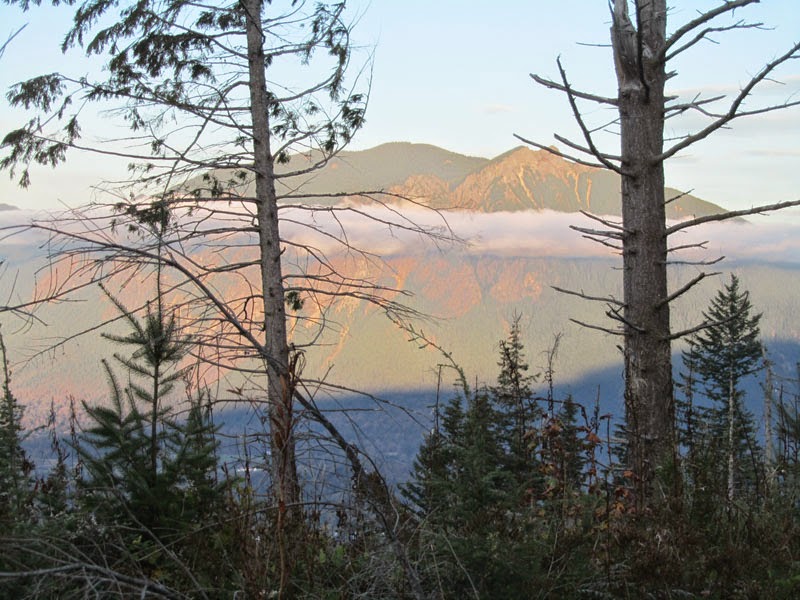 Happy Nim in full support of me blowing off an evening of studying. 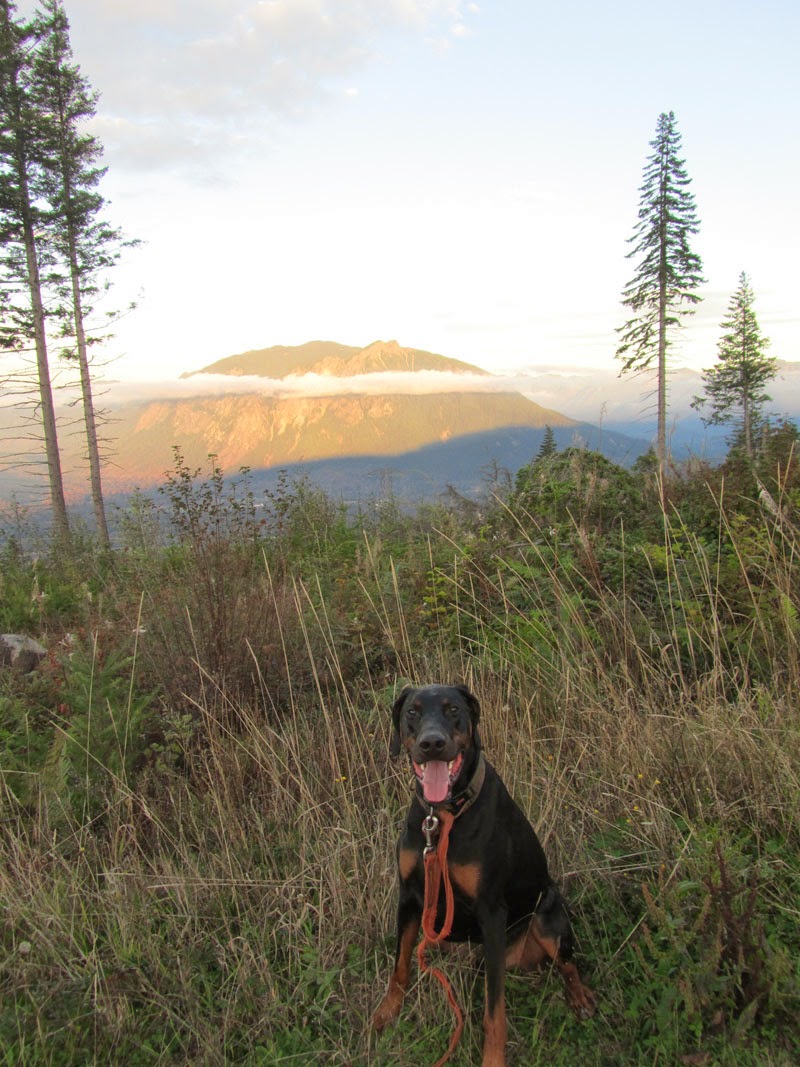 This sunflower might be my favorite thing I have grown. It was just a tiny start that my friend gave me, look at it now. 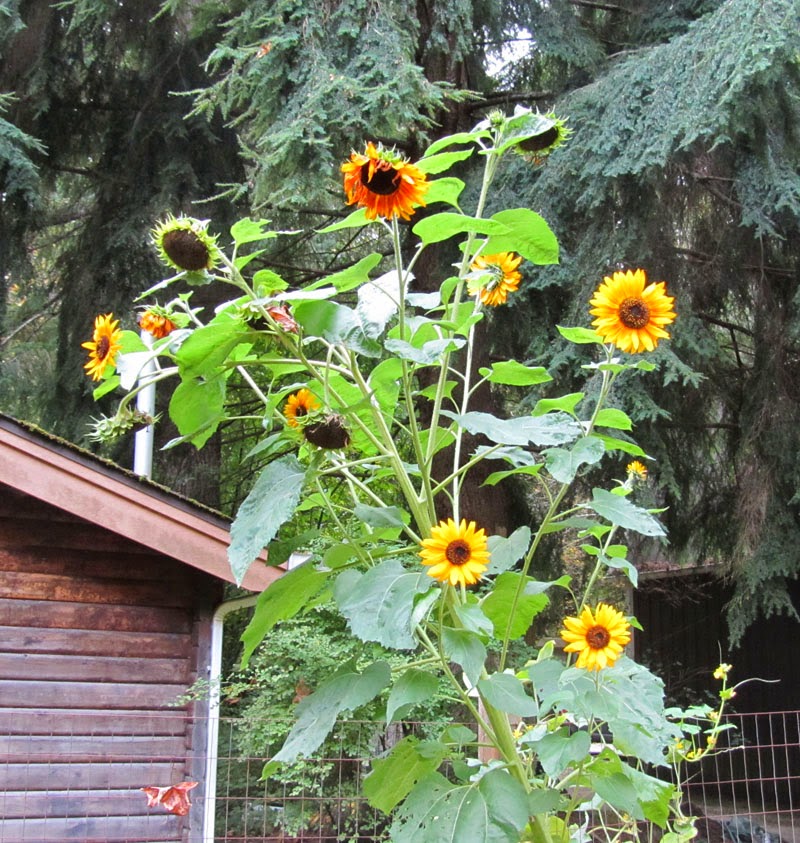 Posted by thequiltingdoberman at 9:41 AM 6 comments: