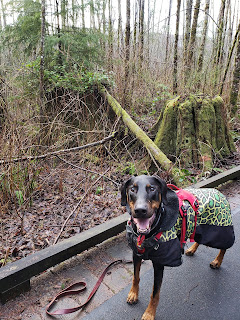 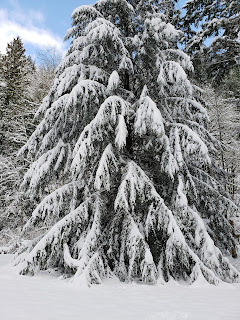 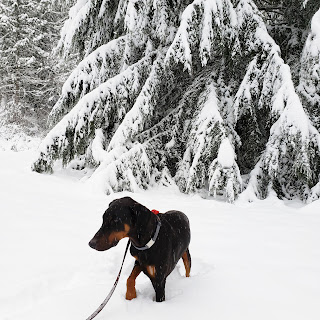 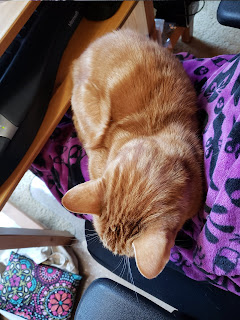 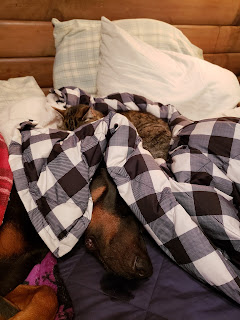 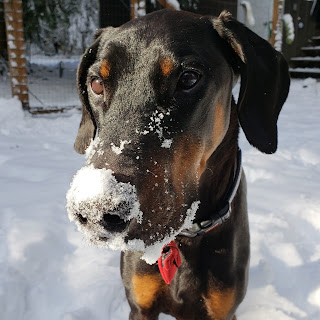 We didn't last long in the cold. :)
Posted by thequiltingdoberman at 4:54 PM 4 comments:

Sunday Lake Area - After the Fire

In the summer of 2017 there was a forest fire near the Sunday Lake area of the north fork. Finally in October 2017, I was able to get back there and see some of the changes and the damage. All photos in this post were taken October, 27, 2017. 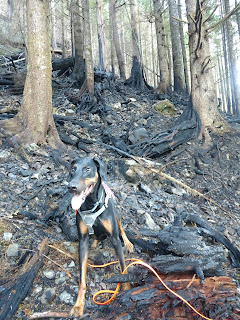 The fire was human caused. Most likely in a shooting quarry. What was of interest to me was that they used the abandoned road that starts the Sunday Lake trail as the fire line. These two photos with Nim closer to the trees is actually closer to the site of the fire at the quarry. The quarry is just before you go over the bridge towards forest service road 57. 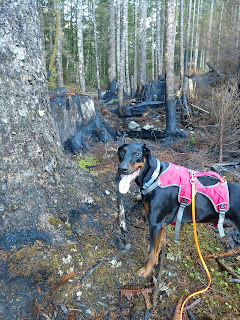 After we explored the initial fire site, went drove back to the Sunday Lake trail head and really started exploring. I was impressed at how they managed to get equipment through the swamp and wetlands that start the trail. It was obvious they had used vehicles with tracks as opposed to tires (at least as well as I could see). I think this was probably the best solution for getting through the notorious deep swamp. 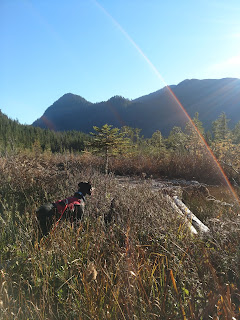 Even in the heat of summer, the tracks would have done the least damage and allowed the sensitive area to rebound. 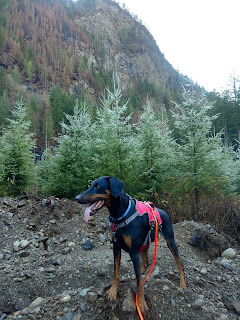 The entire walk down the Sunday Lake trail, the area smelled of smoke. We were having an unusually warm day for October. One of the impacts of this fire is that it ended up re-opening a very overgrown area and there was a lot more beating sun. 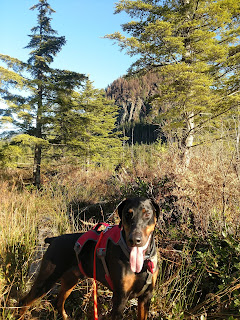 One of my most favorite area of the Sunday Lake area is right before you have to cross the river. The rock faces simply tower beside you. With all the recent bulldozing and clearing, the rock faces are now considerably more open. 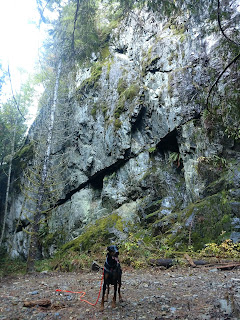 They are regrettably very hard to capture in a photo. But that didn't stop me from trying. I have never had this much visual access to them. 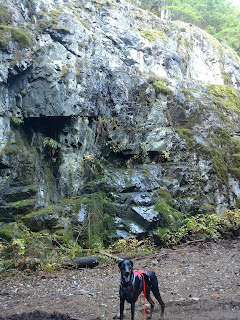 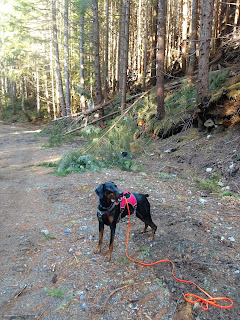 I will enjoy seeing how this area grows back. The fire changed it in ways that were unexpected, especially given this is a pretty mature section of second growth. 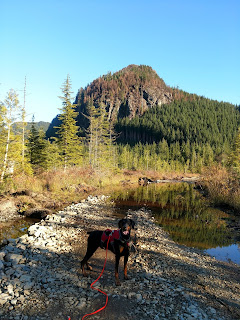 This last photo is exiting the beginning swamp area. Fire aside, I have watched this swamp change since I first started hiking the area with Odin. This view and angle never gets old.


Posted by thequiltingdoberman at 2:56 PM 3 comments: