Hello Tuesday! With my machine back, I have started clearing some of the quilt top clog I have going on. 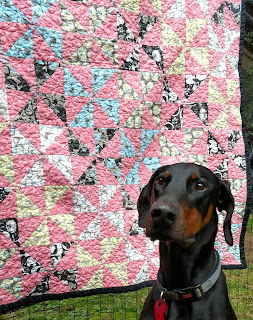 Nim took a break from his busy chewing schedule to pose with this latest quilt. Our time is precious right now because basically there are two current weather options in North Bend: pouring rain or not raining. The "not raining" times are very short still. 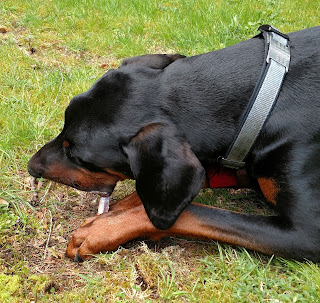 I am extra motivated to get these tops moving because I am kind of in an art quilt mood. This will be a new direction for me. I saw this workshop I would have loved to take that was all about making art work in quilting and a friend of mine makes these amazing works of art based on her travels to Africa. I am ready to see what I can do. 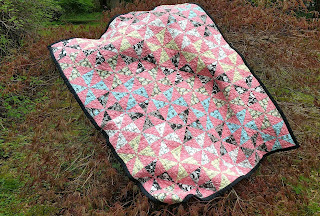 This Japanese Maple has held so many quilts for photos. What a good little tree. 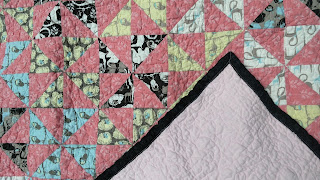 The back was a basic pink flannel. I have decided to feature each block on its own as well so you can see the cute fabric. 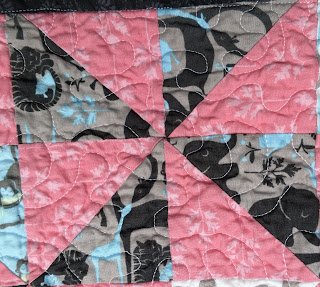 I saw this quilt on Instagram that reminded me perhaps I should try and develop my free motion quilting styles. I always default to the same thing. 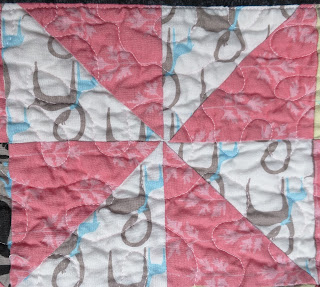 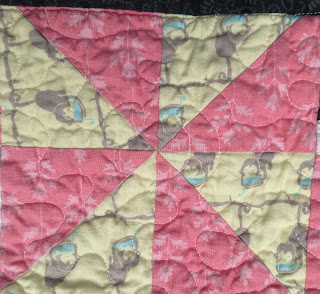 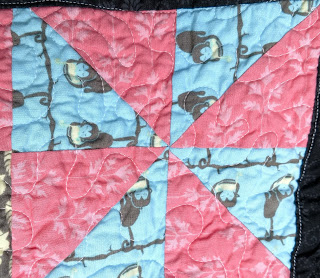 My other two tops got their borders this weekend. One needs a back, but both should be on the machine soon. Then I can try and clean up the fabric mess. 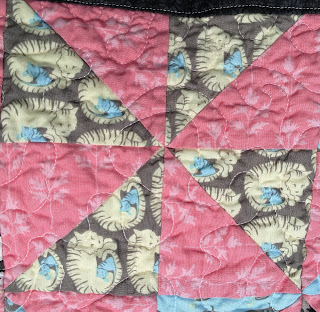 I have now expanded to 3 fabric bins. :| This is a bit of a crisis with the size of my living space. Time to stick to stash busting for a while. 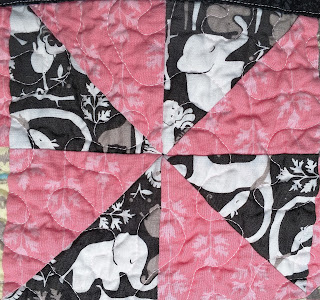 In other important news, I will leave you with 2 vital pieces of information:

Posted by thequiltingdoberman at 2:38 PM 4 comments:

Hello and late Happy Easter! Also, in my case, Happy-end-of-tax-season!

Last weekend because it was the Easter holiday and the last weekend before the tax deadline I decided to get out of town. Ha! My friend's family has a little beach house in the Port Ludlow area. It is dog friendly, spotty internet access, and peaceful. It was perfect.

We originally were going to go to some workshop but it had been an very expensive month for me in car repairs, and really, we just want to be outside with the dogs so we dropped the workshop and opted to hang out. 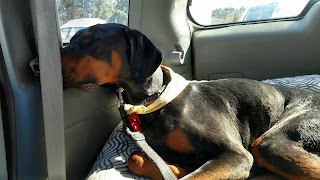 Nim was thrilled in the ferry line as you can see. The day before I had left him alone for 12 hours to deal with the car, and he had an accident in the house. Once he saw me packing he wore himself out following me around the house such was his concern about being left again. Little did he know he was coming. 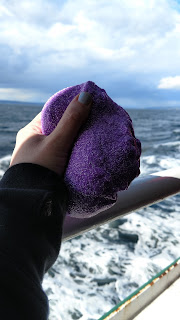 I had recently made some slime and promised my sister a ferry photo with it. 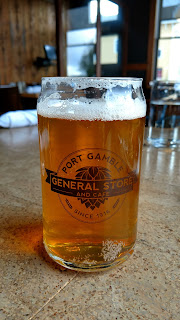 First stop off the ferry was at the Port Gamble General Store and Cafe. Not only did we make it for happy hour, but they had some truly amazing food there. I would highly recommend.

After eating a large amount we rolled into the beach house on Port Ludlow and immediately back out for a hike with the dogs. The hike turned into a night hike and it wasn't a short one. It was lovely. It also helped me digest a large dinner and the dogs had a great time. 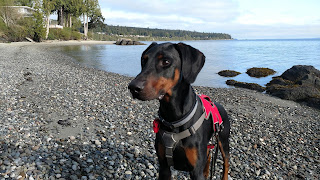 The next morning we explored the shoreline and tried to figure out which Port Ludlow trail we were going to hike for the day. 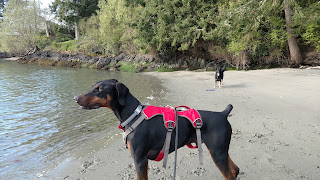 Jack is far in the distance. Getting a shot of the two of them that morning was impossible. 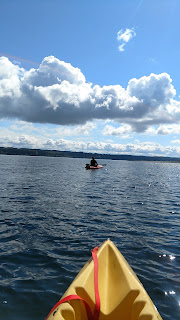 Since we had hiked the night before, we opted to skip the hiking and get out on the water! This was a great idea. I used to kayak a lot more, and I really do miss it. These were more of an open kayak/raft, but the operation was basically the same. 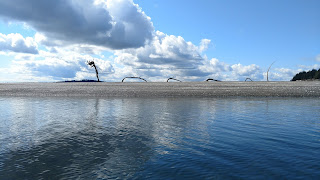 In the distance you can see a dragon. Actually one of the more stunning photos of this dragon I found online and it was from 1999! So clearly this guy has been around for awhile. Check out this post and scroll down to the see the dragon in the water - it really is a cool picture. 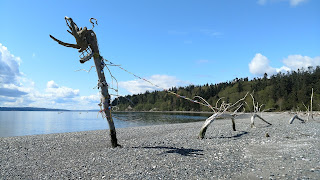 At the Dragon's Head we basically got out and had a picnic. I spent a lot of time turning rocks and enjoying the birds and sea life. I think I could have lived out there if not for the tide. 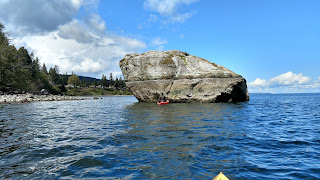 As we headed out again we stayed much closer to shore to try and see more sea life. There is a particularly ugly crab in the water to the right of the starfish. Too spider-like for my taste. 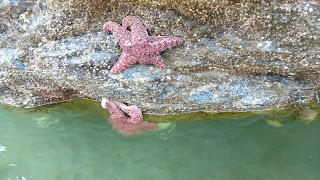 We had to leave Port Ludlow Saturday afternoon, but what a great little break. It was that perfect change of pace that helps get you through a hectic week.

Easter Sunday Nim got a little walk in a lot of high wind. He was thrilled. 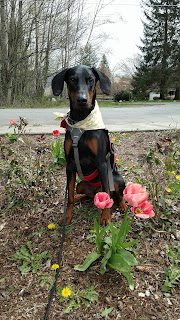 Then a couple of sisters came over so we could eat, paint eggs, and decorate Nim. Look at those glutes!

Posted by thequiltingdoberman at 8:02 PM 2 comments: