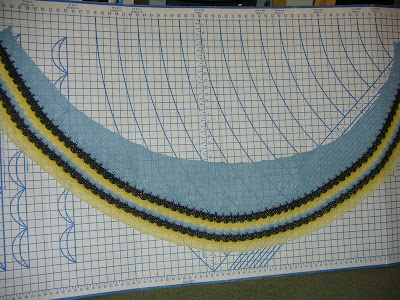 The pattern for this project came from Interweave Knits, Summer 2010 issue. I used a mix of Debbie Bliss baby cashmerino, Berroco Comfort DK, and Dale Baby Ull for the yarn. 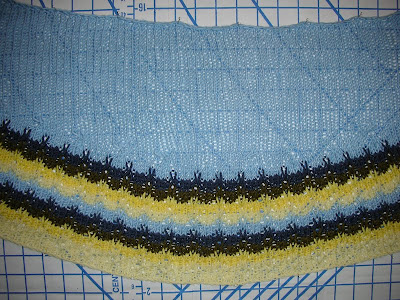 For the first time ever I finally had to block a project. This shawlette has a lacy quality to it, but it isn't super delicate. The blocking is mostly to get some of the rolling of the edges out. 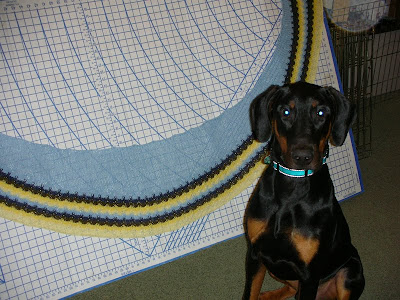 Once you were done switching colors it was a pretty quick knit at that point. And a good project if you only have small bits of time which seems to be my year this year.
Posted by thequiltingdoberman at 12:29 PM No comments: 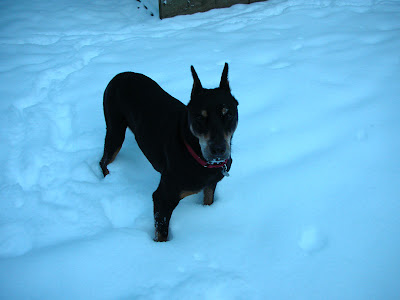 The snow never did let up yesterday. Although today it has finally stopped, but it is so cold you feel an instant headache and panic when you are outside.

By morning I had up to a foot in places and a good 8 inches generally. Turns out, Rusty does actually get cold and he doesn't like the current yard conditions one bit. Now that it is so deep he really doesn't slip anymore because instead he is practically swimming it. 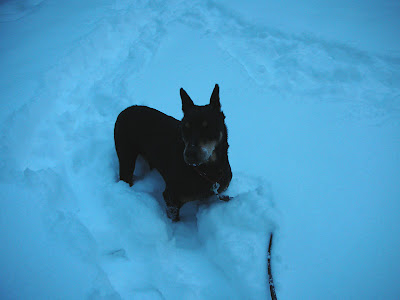 Of the photos I got in the early morning - only Rusty's are really for public viewing. Nim looks like I am torturing him in his photos. You can tell Rusty is annoyed and he is looking straight at me so I can understand the words coming out his eyes and ears.

It probably didn't help that I laughed at Nim when he peed because he still couches more and with the snow level he was practically resting on it so he had to keep looking down between his legs. 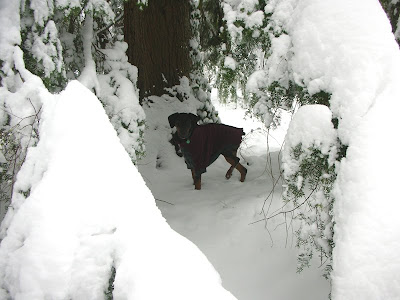 So later in the morning I put a jacket on Nim and we went out again. Truthfully, even I am not really thrilled to be outside all that long, but I don't need accidents in the house. Besides, Nim needs to condition to be my winter hiking dog.

You will notice that he likes to stand with one leg or another up. 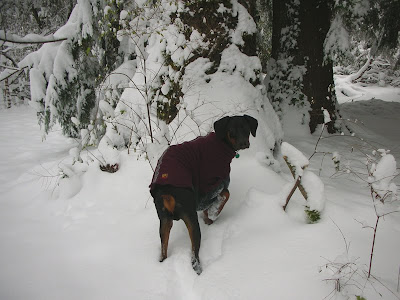 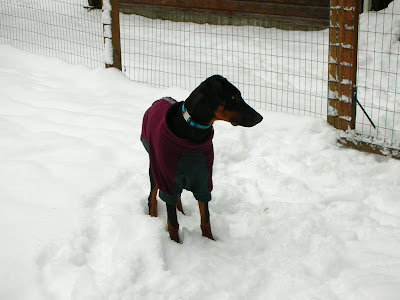 :)
Posted by thequiltingdoberman at 1:01 PM 3 comments: 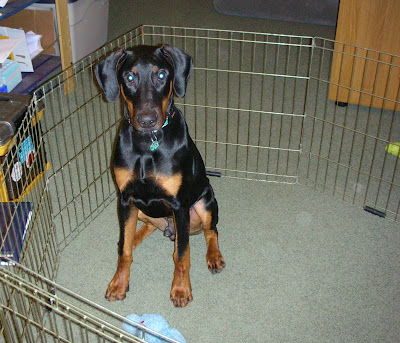 So after weeks of freedom even when I had to leave the office, the x-pen came back out. And why? Because my 6 month old puppy is back on the chewing. Supposedly his skull is growing too fast and it makes his teeth hurt.

Nim's brain to body to leg ratio is apparently all wrong right now and he alternates between falling, crashing into things, and aggressively chewing.

He actually got stuck while we were trying to turn a corner during lead walking in class on Sunday - he kept rapidly picking up different feet while standing still. Then he started just jumping straight up in the air until his body was more or less around the corner and we kept walking.

What is left of my checkbook: 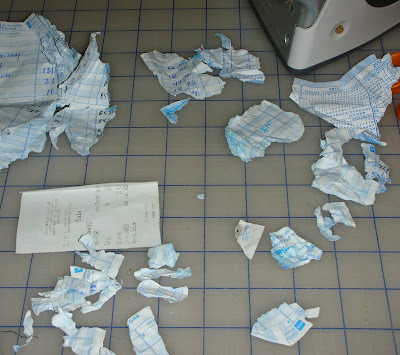 Nim laying on his pillow and avoiding eye contact after I threw adult temper tantrum over my checkbook: 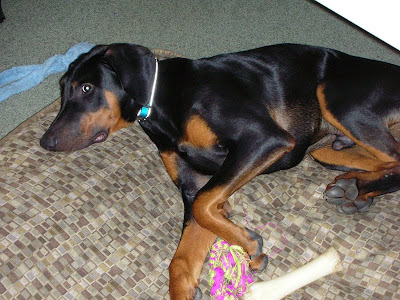 Nim is firmly in suspicion of his environment stage which is a perfect time for the first snow. It is hard to get any photos of him looking straight on because he is so busy tuning in on every noise. 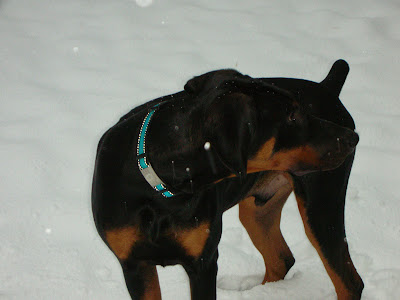 He had a hard time with the peeing on the snow for some amazing reason and would dart around looking for dirt.

He was prancing his feet quite a bit. 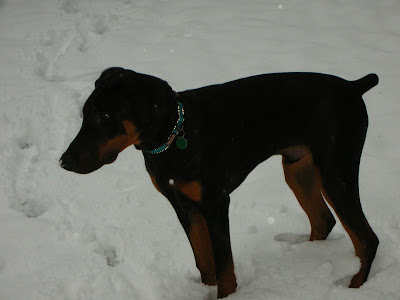 This is what he looks like when he stalks me: 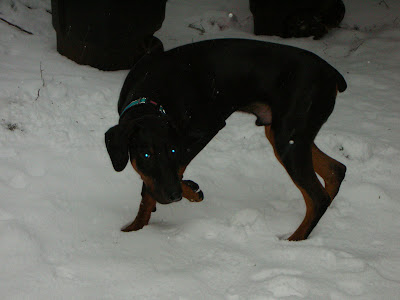 And Rusty? Well, I can't say he likes the snow much, but at least he probably has seen it. The sad thing is the trouble he has staying on his feet in it. A lot of falling. 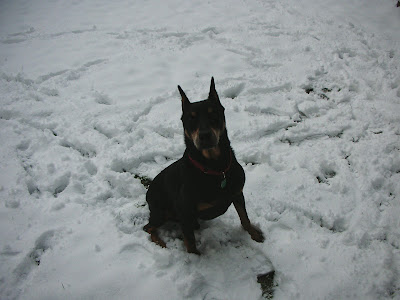 I am teaching him to let me cover him in the kennel which he is moderately tolerating. I put a jacket on him yesterday for our walk and he dragged behind me. It will take a few more tries to figure out if that was the jacket or if he was having a bad walking day. 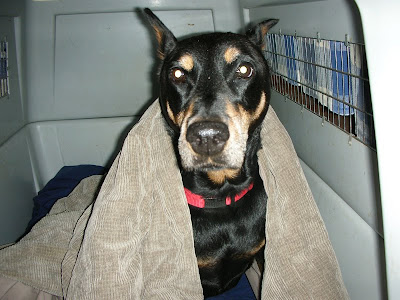 And lastly, enjoy this blog: Hyperbole and a half. The current post is about "Dogs don't understand basic concepts like moving". It really is wonderful. It is worth the drawings of the simple dog's thought process versus the "helper dog."

We have all known or owned pets like these.
Posted by thequiltingdoberman at 3:08 PM 2 comments: