The Amazing Race to Understand Autism 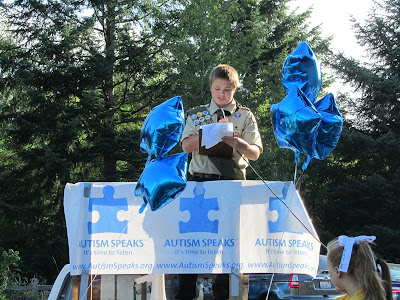 Today my sister and I participated in a very well done and well intentioned eagle scout project. The young man speaking is Justin McOmber and his eagle scout project comes from his dedication and compassion for his older brother with autism, Gregory.

Justin told a great story about his brother and their family trip to Hawaii. He quoted lyrics from a song from the Disney cartoon "Hercules" (a song that Gregory really loves):

In Justin's story, this is a song his father sang to help get his brother Gregory through a part in Hawaii he wasn't comfortable with. Justin lives with autism. His speech reflected a deeper understanding then I probably ever got after years of volunteer work with autism. 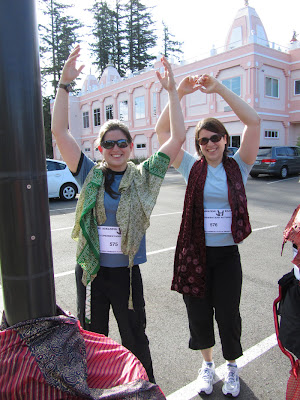 The race was a series of 13 educational stations. Originally we thought the soon to be college student would be our go-to cell phone call person, but never underestimate your mom. She knows the area really well and is outstanding at trivia. We had to rapid call her repeatedly in the beginning. She was even able to understand me despite my giggling and moaning because I ate a vegan donut not realizing I had to run up a hill very first thing. We did not run. The donut said no. 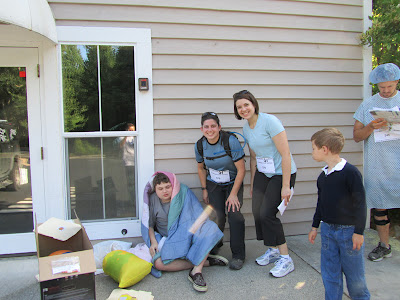 In this station we picked one of Gregory's learning folders so he could sign the word for us. He is in the photo (thank you to his dad for permission to post this photo). If Gregory was overwhelmed he could pull his blanket over himself. 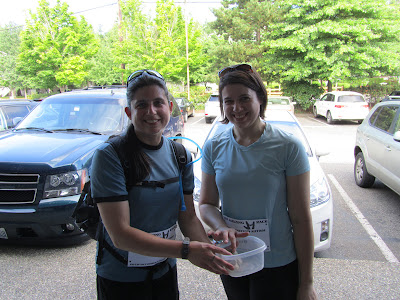 In this photo we are touching cow eyeballs. This was an interesting station. If I understood correctly it was to understand what it is like to get stuck in a repetitive "ick" factor. A person with autism might repeatedly touch the eyeball to produce the physical and emotional response. (Designed to help understand "stimming"). 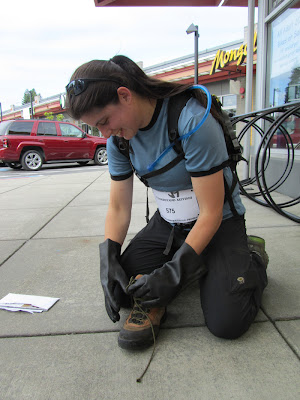 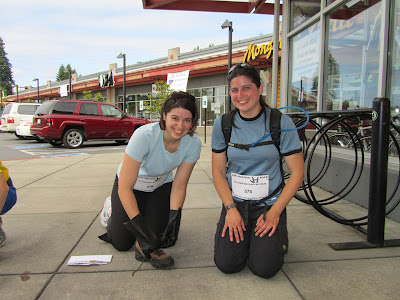 This was a fabulous station to experience diminished physical coordination. In my case it was accompanied by frustration with another shoe (not shown) and I didn't want to keep trying because it was so ridiculously hard and then I was laughing at myself for getting so frustrated with it. 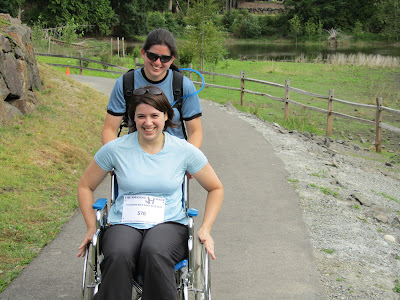 The wheelchair. I was supposed to only "guide" so she wouldn't go in the pond. I think this station thought we were a little odd because we were having too much fun. And thankfully I was listening otherwise my sister would have pushed me all around the lake rather than turning around at the cones - which in retrospect would have been fun for me. 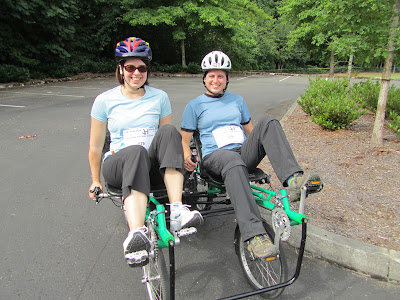 Followed by a tandem bike in which I didn't peddle because I was concentrating on steering with my hands and my sister was going too fast until it started up a hill. 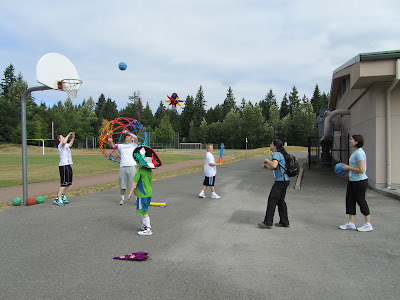 OK. The basketball station was awesome. That herd of volunteers was creating over stimulation while attempting to focus on one task. 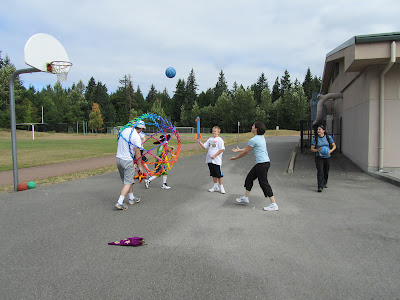 The irony being I couldn't make the basket even if they weren't all there. 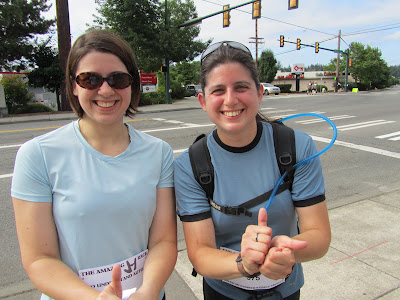 Truly a great experience. I don't participate in races; but this one felt like something really special. The fellow racers were all great sports and very kind to one another. I saw a lot of teenager and younger participants which I was really happy to see. They will be a better equipped generation than mine is for understand autism and the challenges and gifts that come with it.


Posted by thequiltingdoberman at 7:15 PM