So after the Duvall Outdoor Quilt Show it was on to the next Duvall event: Duvall Heritage Festival.

This is a very small scale event centered around the Dougherty Farmstead. There was some music, hat making, and several "household" demonstrations such as shucking corn, washing clothing, churning butter, yarn spinning and apple cider pressing. 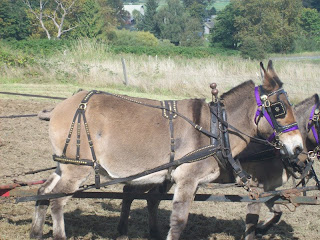 There was a lady trying to work a field with two mules (I think - I mix up mules and donkeys sometimes). I would going to describe them as stubborn but I think that is pretty much a given. Apparently she wasn't their normal driver so they were exceptionally uncooperative. It did make them very easy to photograph however. 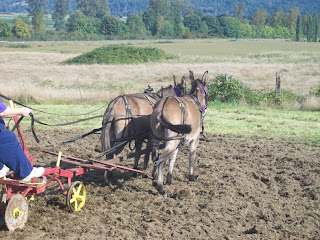 The Dougherty historic house really was neat. It apparently served as a post office and Catholic Church in addition to a residence. 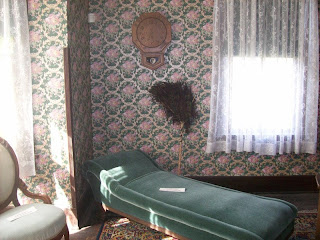 In one of the upstairs rooms there were about 8 older quilts on one bed. The lady would tell the history on one and then turn it back to move on to the next one. Most of the quilts seemed to have been made by a relative of hers (frequently her great grandmother). 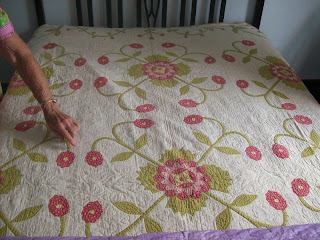 One room had something known as a linoleum carpet. I actually really liked it. Apparently it was something you could order in the Sears catalog. 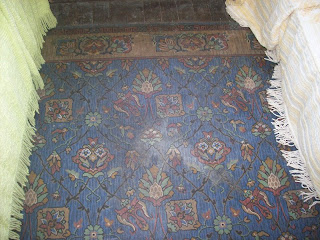 Posted by thequiltingdoberman at 4:18 PM