I continued to be completely unable to make a decision yesterday about my quilt layout. Nothing like being stuck in your house due to pouring rain to finally force a decision. I made two quilts. 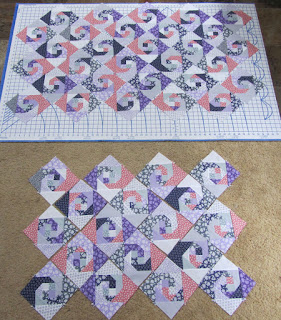 By the way, although I did a "square on point" layout, you can see in the below photo the proposed layout I found online. If you really look you can see that the corners of 4 blocks build swirls as well.

It was while messing with the below layout that I realized I was also supposed to do another layer on all the blocks that would have made them bigger and more pronounced swirling, but didn't have enough "lights" to do so. I was a bit grouchy about this, but I decided to let it go and get sewing because I had already totally wound myself up earlier in the day over job seeking stress and it was time to just sew! 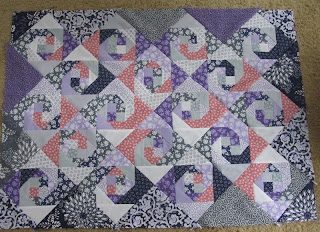 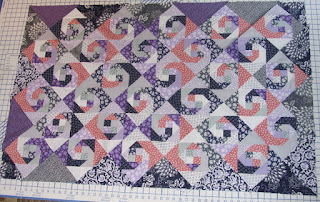 I now have 3 or 4 finished tops at this point and a pile in my sewing area so it is time to start assembling quilts. Maybe this weekend.

In completely unrelated news, and much to Emile's dismay, Leela claimed the snuggle this morning. 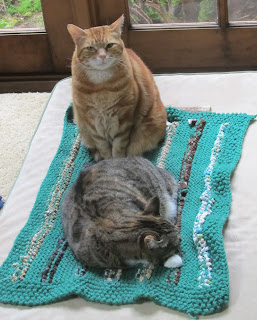 And she defended it. 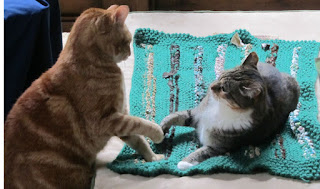 And she gave him the top quarter as long as he didn't move or touch her. 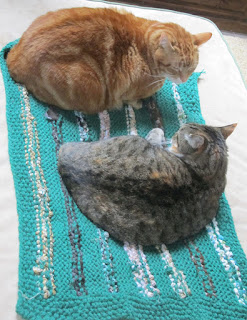 Where did this week go?!
Posted by thequiltingdoberman at 2:36 PM