Today was a beautiful day at Argus Ranch in Auburn, WA. This is notable because 99% of the time I go to Argus it is pouring rain and miserable. :) 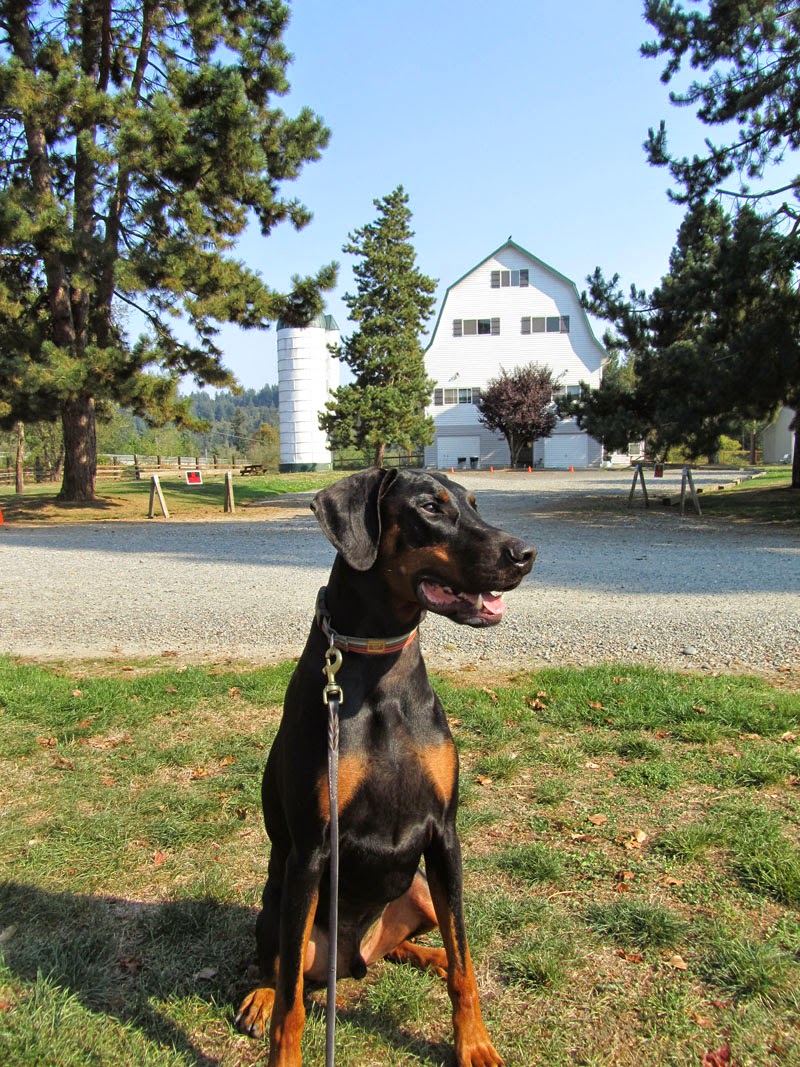 Argus Ranch is first and foremost an agility trial location and training facility, but it is also a host to many dog sports including luring and obedience trials.

For the rally competition today only one ring was in use, leaving a lot of room to spread out and walk around. The ground is packed dirt and that can be distracting to the dogs. 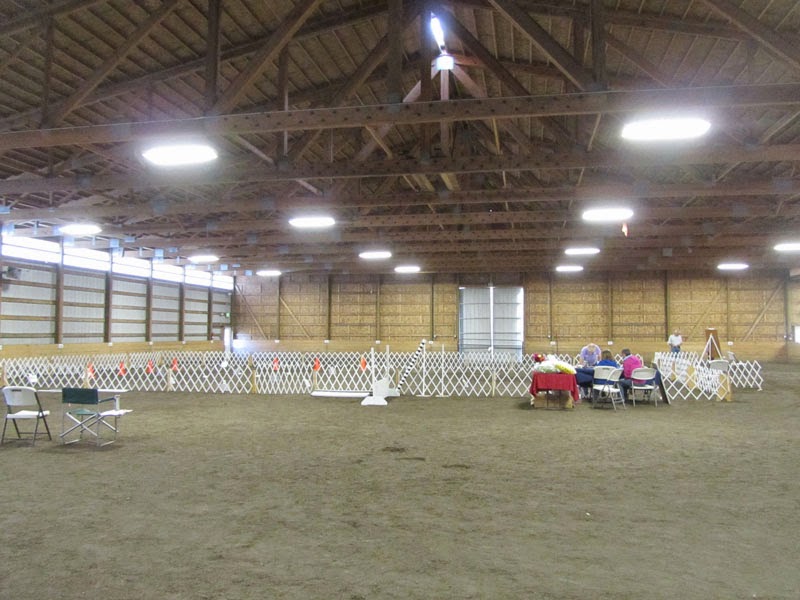 Nim knows the outside well, but has actually never trialed at this location. We are usually only there to watch other dog friends or to get our Santa photo done. 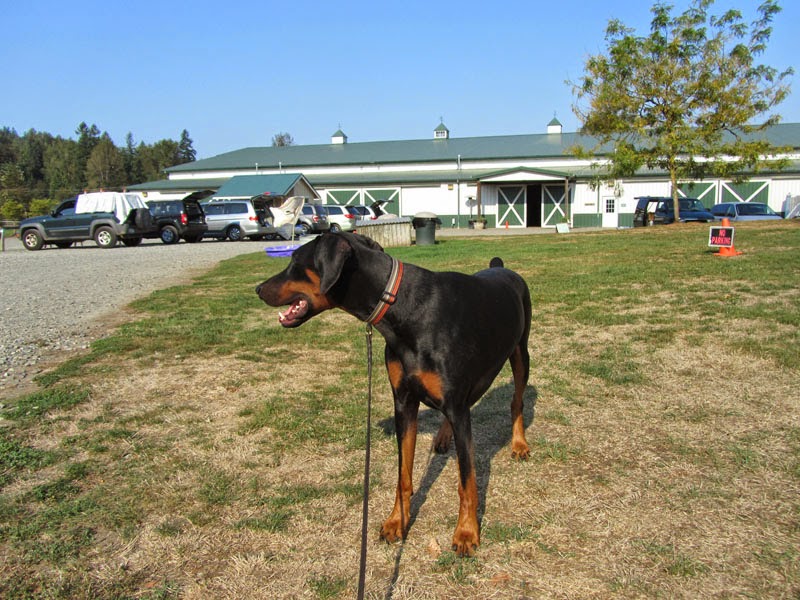 Horses and a horse track is right up against the property. There were actually several cats in the pastures. But they weren't cooperating for a photo. 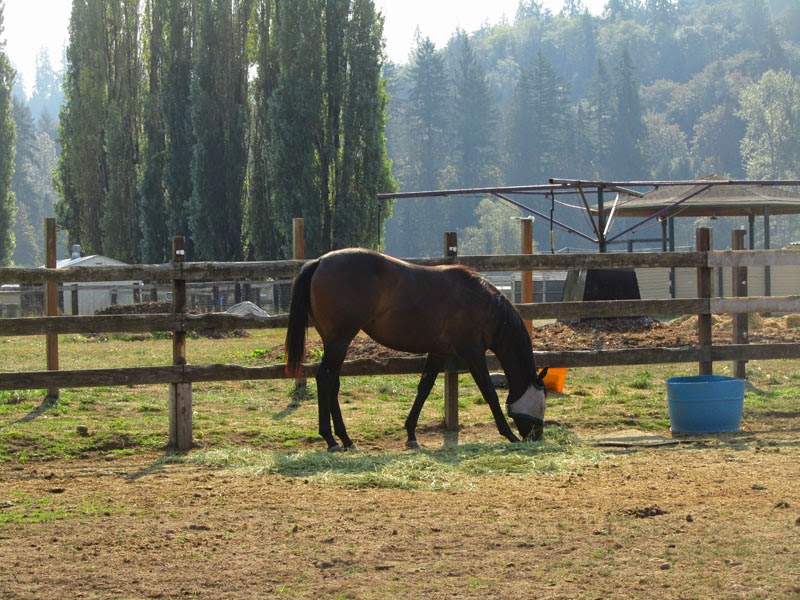 Our first run was a struggle. We were the first dog in and I didn't get there as early as I would have liked so let's just say there was a lot of Nim out there. We struggled on the line that had the spectators which is rarely our problem, but the trial was actually exceptionally quiet and he knew some of the people he could hear talking on the sidelines. I really struggled to keep him working with me.

We still managed to get our RO1 Title! First title for both of us. :)

This photo is funny. Nim was in a snit because he wanted his first place toy (we were the only dog in our class which worked greatly to our first place favor because it wasn't a super high scoring run) but I wouldn't let him have it because he would just sit there and squeak it. 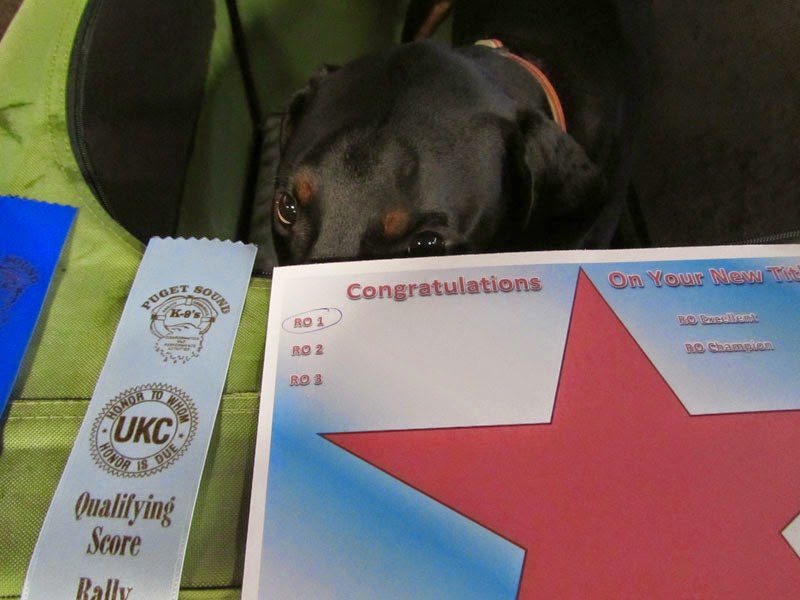 Our second run of the day was magical. Because I had my RO1 titled I could have moved to RO2 but I opted not to because of his scattered behavior in the first trial. It was the right decision.

We worked it hard! It was hot and the course was plagued with "sits." On the last sign I knew he had to sit at he gave me a disgruntled look before he sat down and then of course he checked out his penis in case it fell off or something but fortunately that was a temporary distraction. We lost exactly 2 points. One I knew where it had happened, and the other one it doesn't surprise me, but I don't remember it.

We have a problem right now with one particular move (finish, left side) and that is because I am in the middle of changing it to a more appropriate traditional obedience command. I learned today he is not ready for that new command in the ring without food.

Yes, we were a "class of one" again, but it was hands down our best competition ring performance in the entire 7 times we have been in the ring. :) 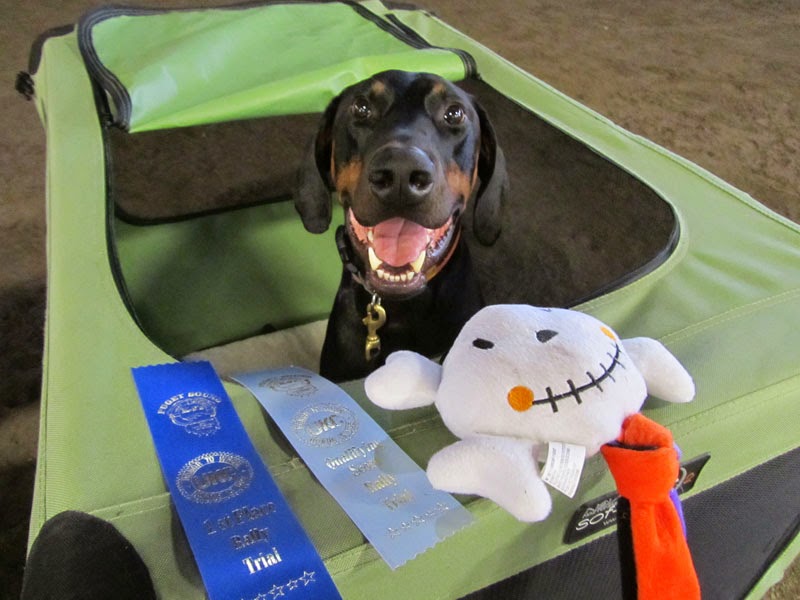 Posted by thequiltingdoberman at 7:38 PM