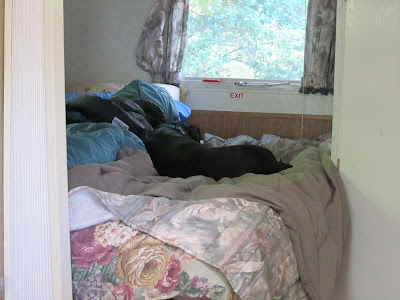 Nim took a long needed nap after Jacksonville and I did homework. After that he was willing to do a bit of obedience and seemed less out of sorts.

I don't even want to know how many ticks I am sleeping with now though. I have pulled three off him already. 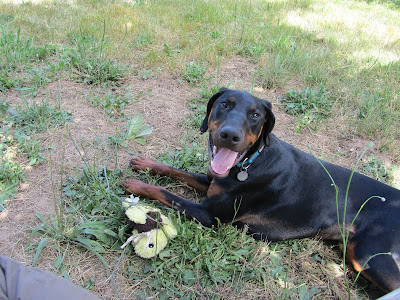 After the nap I took him back into the one acre fenced area with a favorite toy and sat on a bench to read while he played. This time he actually played. I think the toy helped a lot. And another dog showed up later that he could follow and be with. 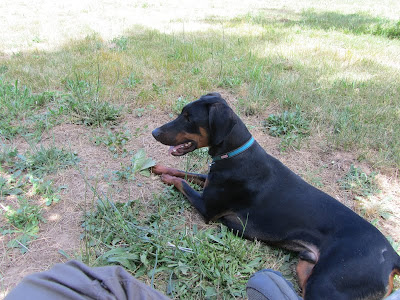 Rusty meanwhile is hating the rain and making my sister's cat angry. 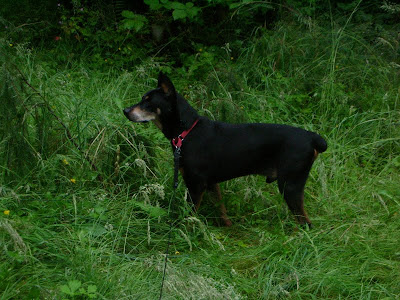 His dislike of the rain is causing a lot of the accident problems. 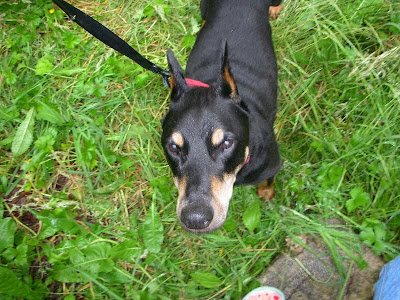 Posted by thequiltingdoberman at 10:08 PM