This post is VERY overdue. I took my final and my brain did its usual "are we done?" meltdown which happens at the end of every quarter and then I started trying to deal with everything I had put off during the quarter.

Then I grappled with what to post at all due to the very sad and unexpected death of of a great cat named Frankie (who I had photographed specifically for this post before I knew he was actually very sick). Frankie will be featured at the end of this post. 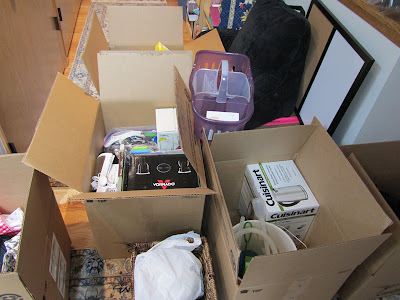 Saturday, August 20th I loaded up the dogs and all their related gear to spend the day at my parents house and to "help" my college bound sister pack. 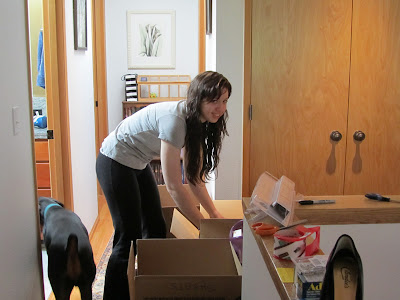 What really happened was I watched Jersey Shore for the first time. 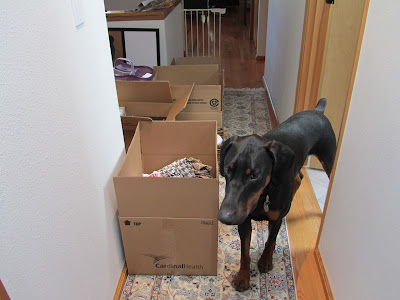 And I made other people deal with my dogs. 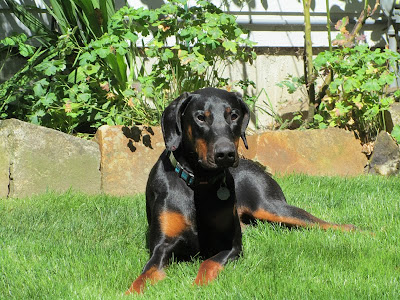 Both dogs love the yard. Rusty I have to follow tightly because there are many places he can fall pretty significantly and he staggers and has no rear-end drive. I have no doubt that in his mind he is on some great adventure. Days at my parents are extra tramadol days - by the end he will hardly walk.

With Nim I just stand back and pray he eventually stops running. He finds the obstacles and terrain changes in the yard very stimulating. Anyone who came to the house was thrown into the yard for him to find. 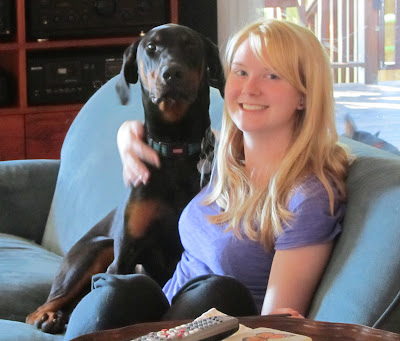 Nim holds a huge torch for this friend of college-bound sister. Occasionally I would have to interrupt my Jersey Shore watching to get him to quit nibbling on her hair or kicking her or trying to get in her lap, but he really was smitten. 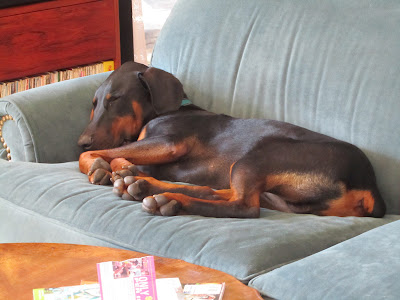 After about 4+ hours of getting in the way of packing, running into rooms in which he doesn't belong, stealing toys, training on all the friends and family I could get my hands on, and professing his undying devotion to above friend Nim finally slept. It was a glorious moment for all of us. 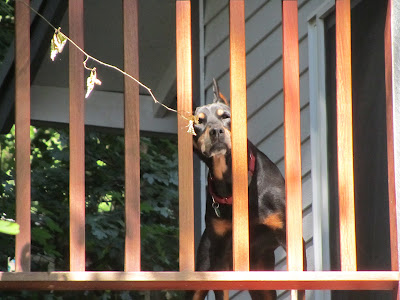 Rusty has to hang out on the porch in-between his yard time. He has mixed feelings about this. He actually loves the porch, but he also wants to know what he is missing in the house. 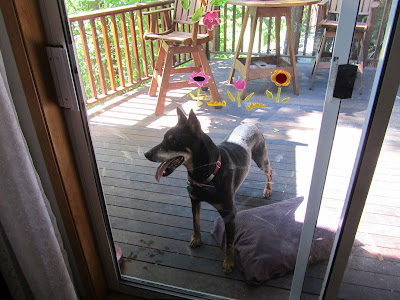 He spends a lot of time either watching inside or laying on the pillow and taking in the surroundings. 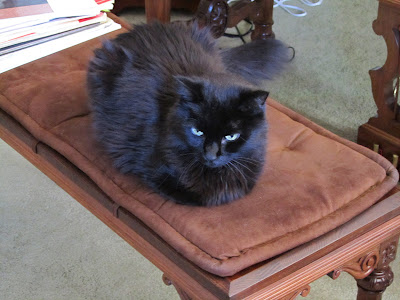 And now to talk about a very elegant cat named Frankie. Frankie sadly had to be euthanized about 5 days after these photos were taken because of tumors in his body. 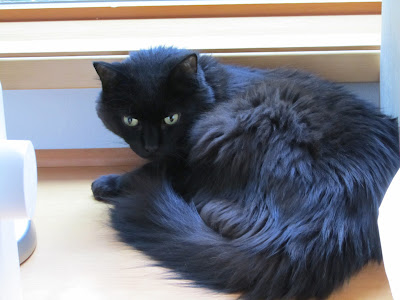 During packing day none of us would have guessed he was sick. He was curious, engaged, and social as usual. He knew there were people in and out and a large dog afoot and he just wanted to be a part of it. 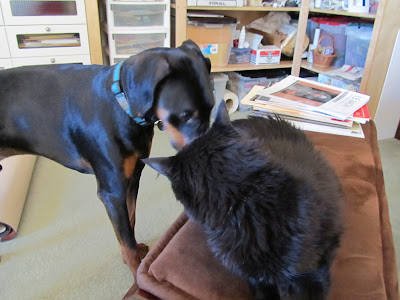 Frankie was one of those large personality cats you definitely don't forget. He took everything in stride. He tolerated Nim about the same way he tolerated Odin - on his terms. He also really fit in the piano/sewing room. It was kind of funny; it just really suited him. It was a great place for a cat like Frankie to retire. Frankie's death was a big shock and he is already sorely missed.

Posted by thequiltingdoberman at 4:41 PM