Emile! (and apparently everyone past and present)

Emile is about one more incident away from earning himself regularly reports.This honor was previously held by Rusty. 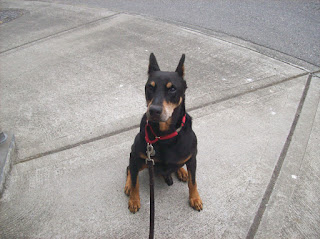 
Emile is positive that he is STARVING. He is sure that at this time of the year he is supposed to be eating excessively to build winter girth. 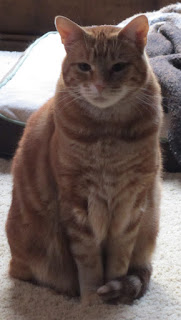 Since he has been on a "diet" most of the year...aka normal eating for his healthy weight...he has taken to chewing other things to demonstrate his displeasure. Paper has been a standby for years. I have a minimum of 3 notebooks going at any given time that used to be safe in a detached office, not anymore: 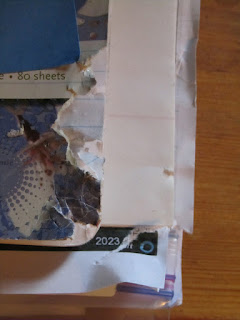 New this season is cords and other personal items, such as the handle on my new and expensive collapsible dog crate. This would be my electric blanket cord:

How many electric blanket fires are caused by failing cords?

So I begrudgingly got out the scale yesterday and dealt with weighing cats. Despite the fact this doesn't not involve a kennel, going to the vet, or pain, they still are melodramatic about the process. I am pretty sure I have never weighed Leela without her rear being in my face as she tries to back up my body.

I remember one vet telling me you can just put the cat in a bag and put them on the scale and I was even dumb enough to try it once. That only worked with the my 5 pound persian-mix Chloe who was a big believer in going limp in the moment (maybe some growling) while planning revenge for later. 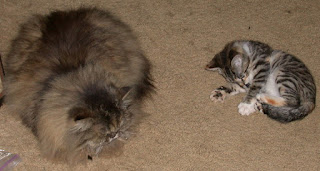 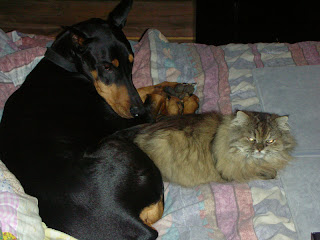 Emile certainly doesn't look too skinny, but I decided if he was around 12 pounds I would bring his food up. Sadly that was not the case:

Emile: 15 pounds - sorry Emile, no food increase for you. (16.9 in March, 15.8 in May -  it is amazing how slow the loss has been. I don't have a lot of experience in this area with cats, but normally I can take weight off dogs much faster)

Leela says she has a "set point" and she had some not publishable suggestions for my scale. 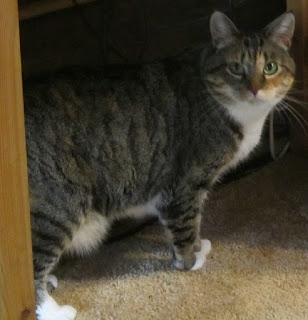 You have to feel bad for them. I mean I wouldn't put up with someone restricting my food.

Meanwhile I am watching Webinars and cutting out a new quilt. 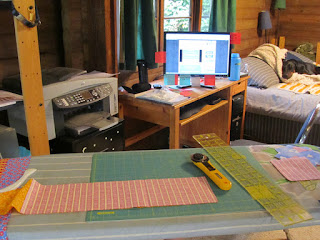 Speaking of quilting, I am sad I didn't have a quilt ready for the fall Quilt Festival, but I am still getting out there to vote and meet other quilters:

I am running into a lot more not user-friendly commenting systems out there which is unfortunate. I don't know who came up with that random text/number validation system but they clearly didn't come from the same usability background I did.

So I am not leaving as many comments this year and as someone who loves comments that bums me out a bit, but please visit sites! The stories and the art behind many of these quilts are so inspiring. 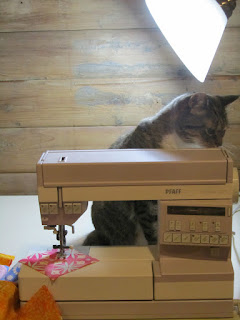 Have a great Tuesday. I am planning on another productive one!

This is one of my favorite Chloe photos and I had forgotten about it. When I would go to Costco I would make a point of finding her the perfect box. She wore "chicken of the sea" well. These three were a great mix. Sherman (Shepherd-mix, almost made it to age 15) would have actually probably chased Chloe had he noticed her moving around the house. She was the best dog trainer of any cat I ever had, in part I am sure because of her belief that the world should accommodate her.

I have never tried putting everyone, past and present, in one blog post. This might be my favorite post for awhile...and all because Emile is starving. :)
Posted by thequiltingdoberman at 9:50 AM