I hope everyone had a good weekend. Sunday was a very special day for me. On Sunday Nim and I joined Cindy for a ride up the Crystal Mountain Gondola. This was the first year for Nim and I, but Cindy has managed to go all three years since the gondola opened. This year was her first year going without Jackson. 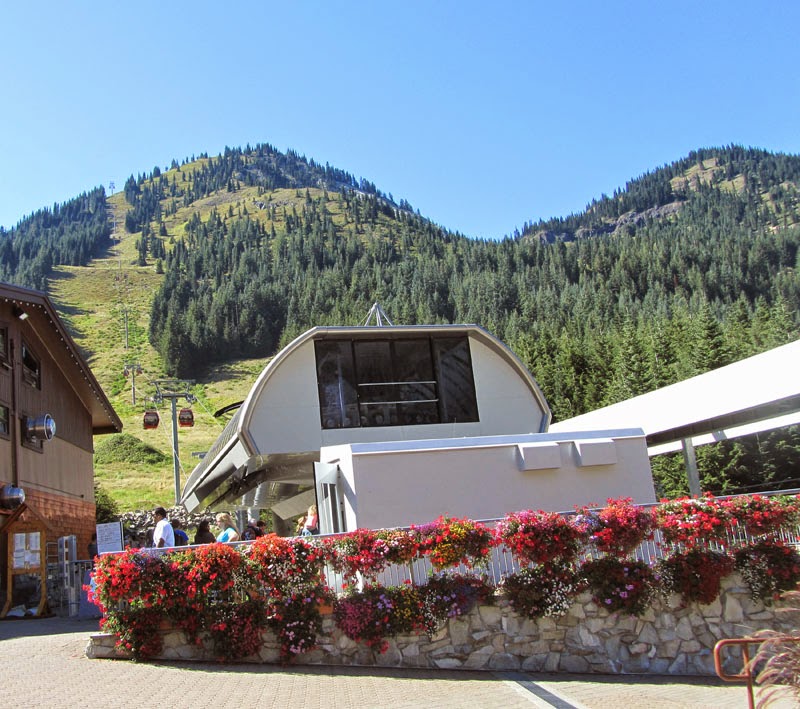 Jackson died June 24th of this year. Sunday was really a special day in tribute of him. It was a real honor for Nim and I to go to a place that held a lot of meaning for Jackson and Cindy together. I felt his memory with me on Sunday. 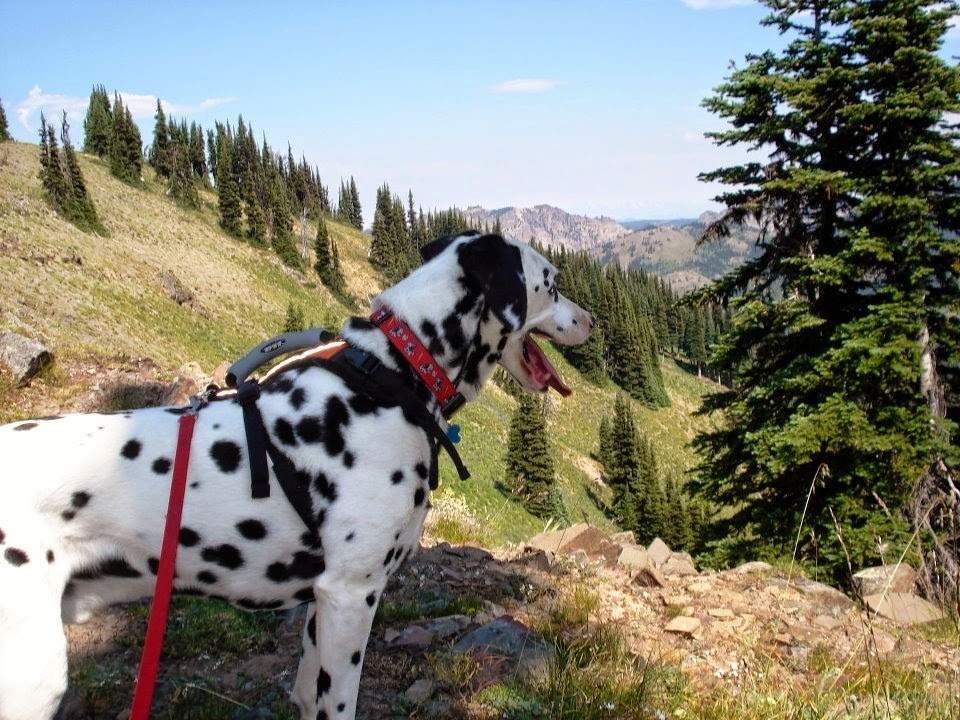 (Jackson, Crystal Mountain, 2013 - hard to believe he is a senior dog! He has such a young look to him.)

Nim has been on one gondola before in Northern CA, but this one was a lot bigger. He definitely looked around quite a bit. Because it is really built more with winter travel in mind there isn't a ton of air ventilation, but the ride is beautiful. 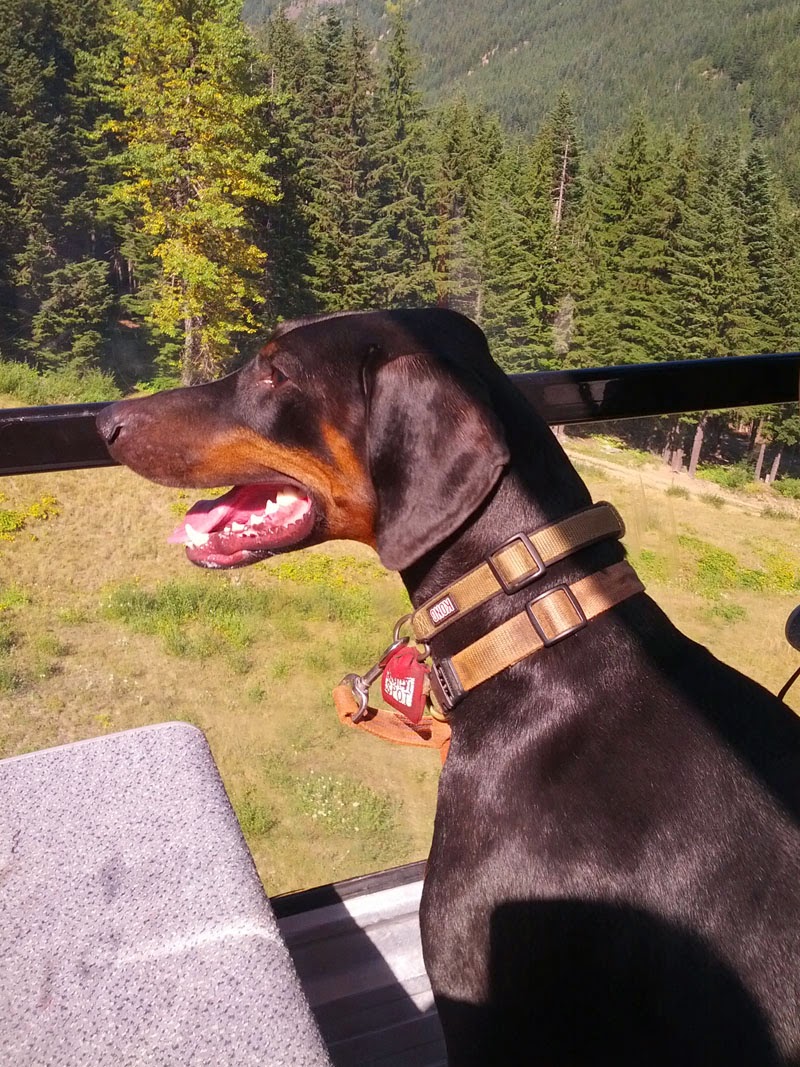 Once we got off the gondola up top and managed to walk around the gravel without breaking anything (the traction is a real challenge once you leave the boardwalk) we started up a path that Cindy always did with Jackson. That is Rainer mountain in the background. 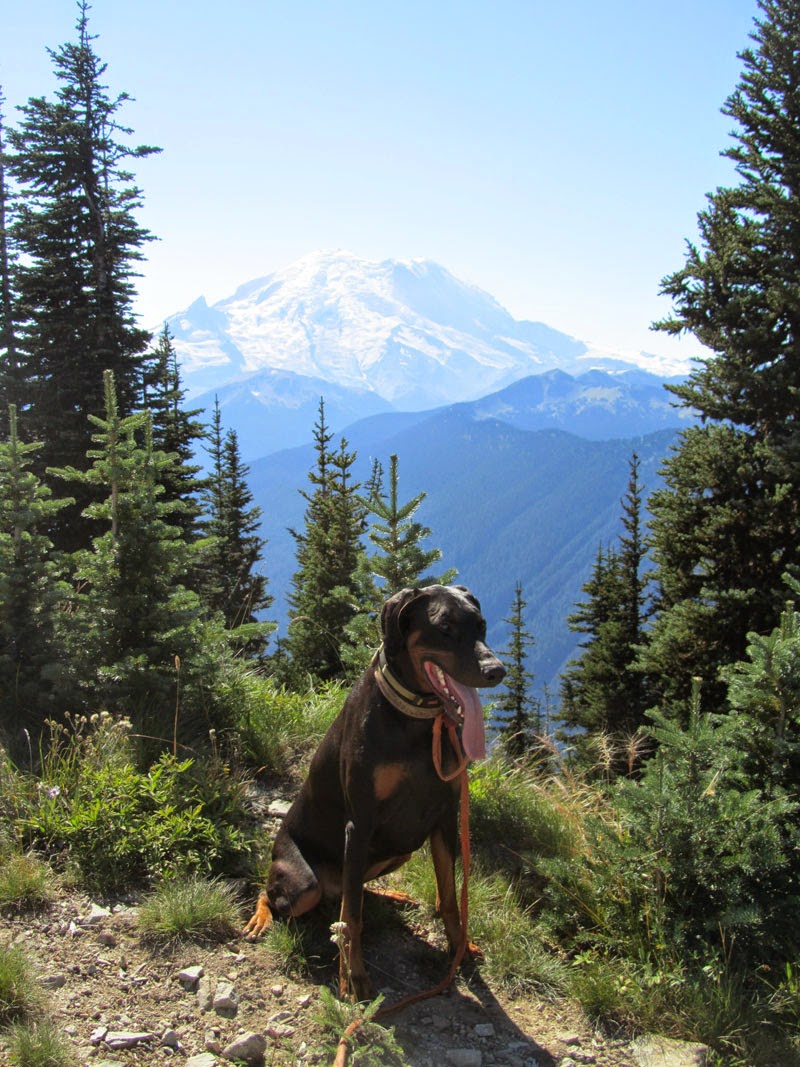 As you can tell it is pretty intense sun. It wasn't necessarily a terribly hot temperature, but under the sun it was actually pretty darn warm. 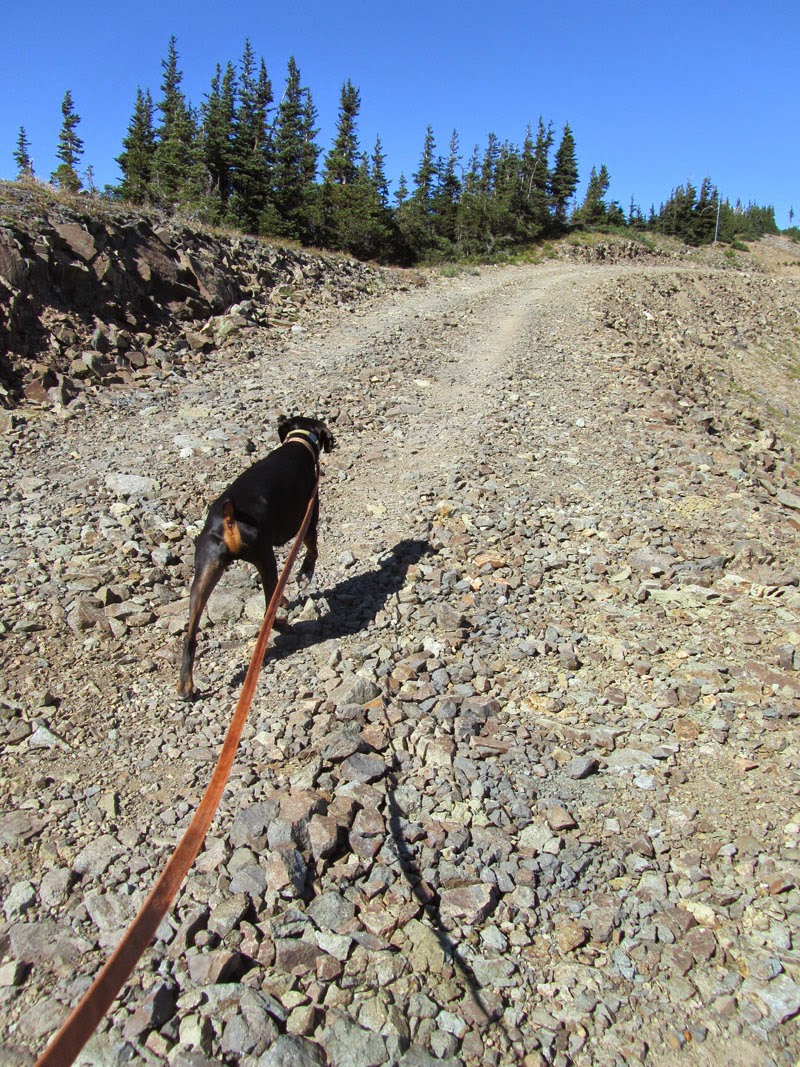 Eventually we reached the top of the path and found a shady place to eat, drink, and let Nim supervise the chipmunk situation. 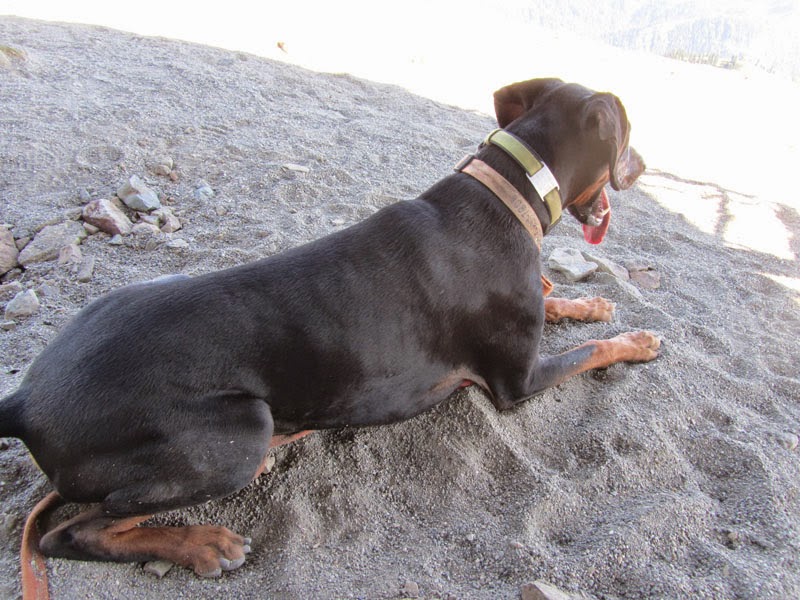 This is one ledge we selected to remember Jackson. 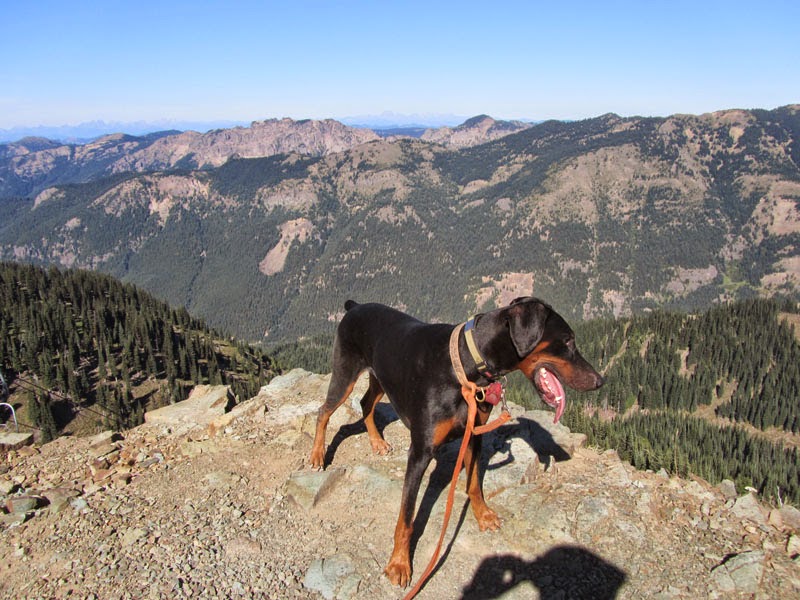 The backdrop is just stunning. Bless dogs. They may not know exactly what is going on, but they are aware enough to at least sense emotion. 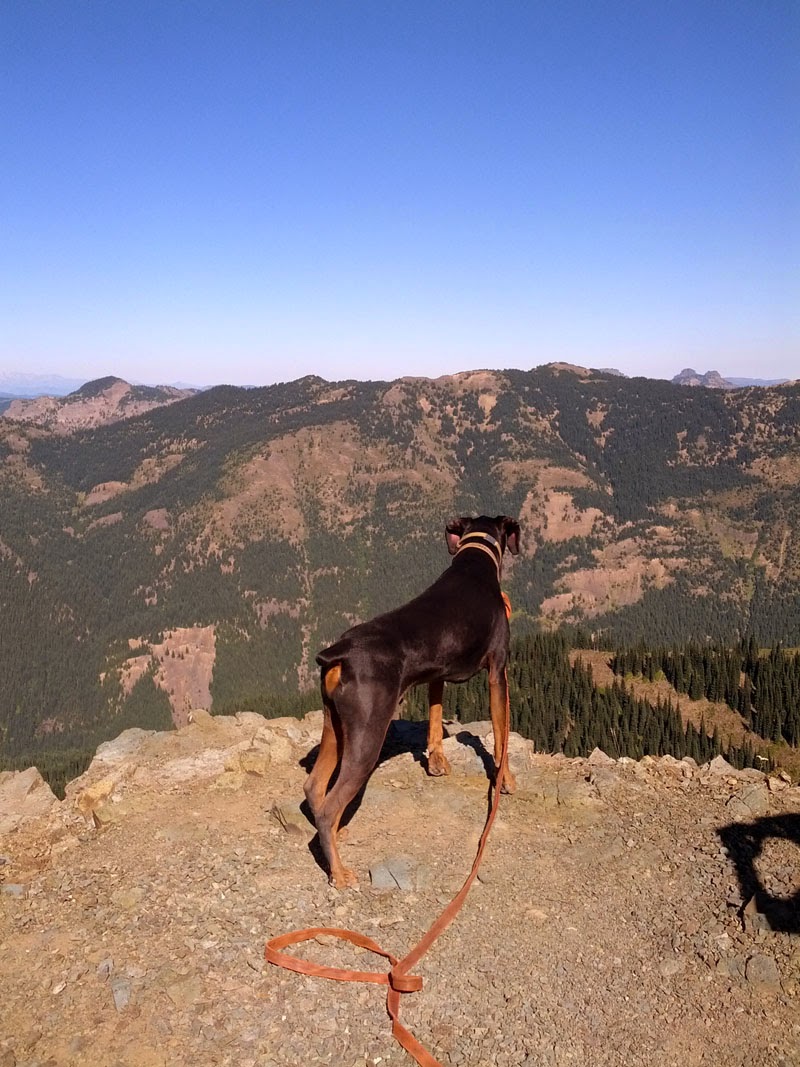 Eventually we went back down the path and stopped at another location that was just beautiful! Nim kept a sharp eye on Cindy. It is hard because these photos hardly do justice to the beautiful scenery in this area. 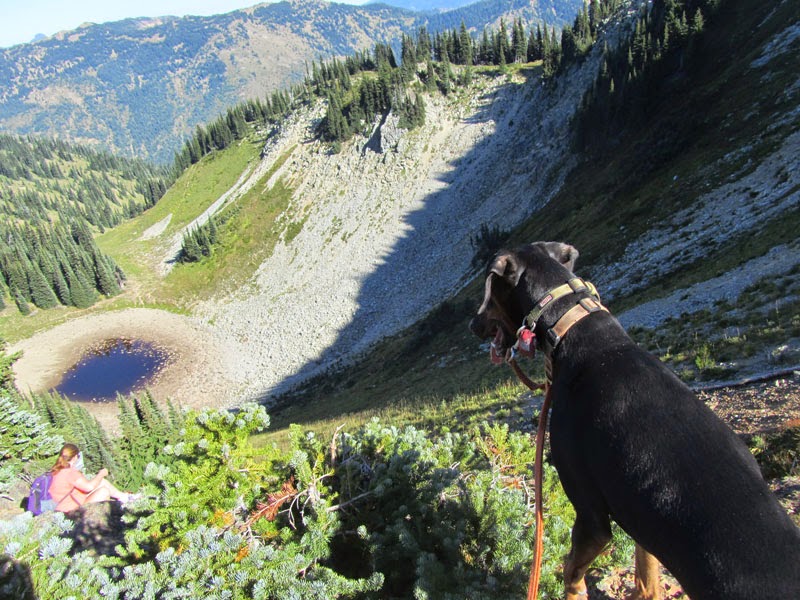 This is the boardwalk that comes off the gondola at the top. Notice the beach lounge chairs. 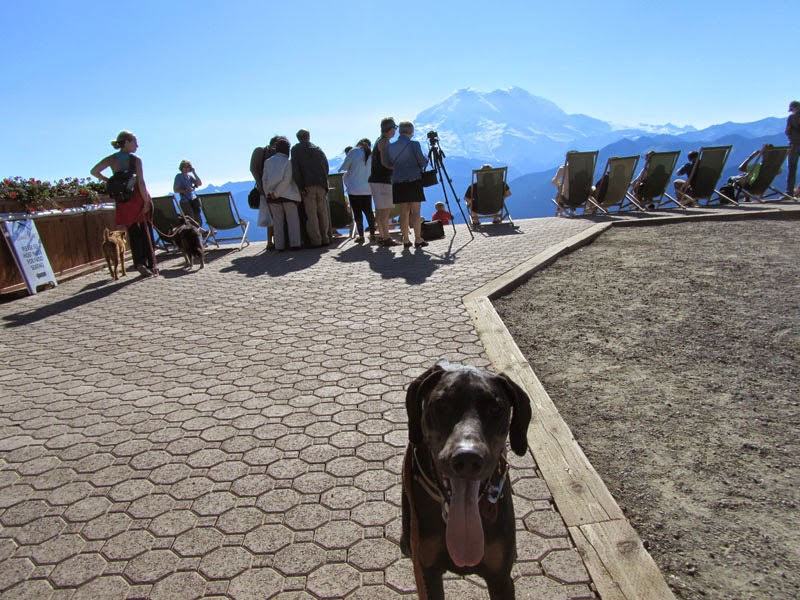 Cindy got a photo of Nim and me. 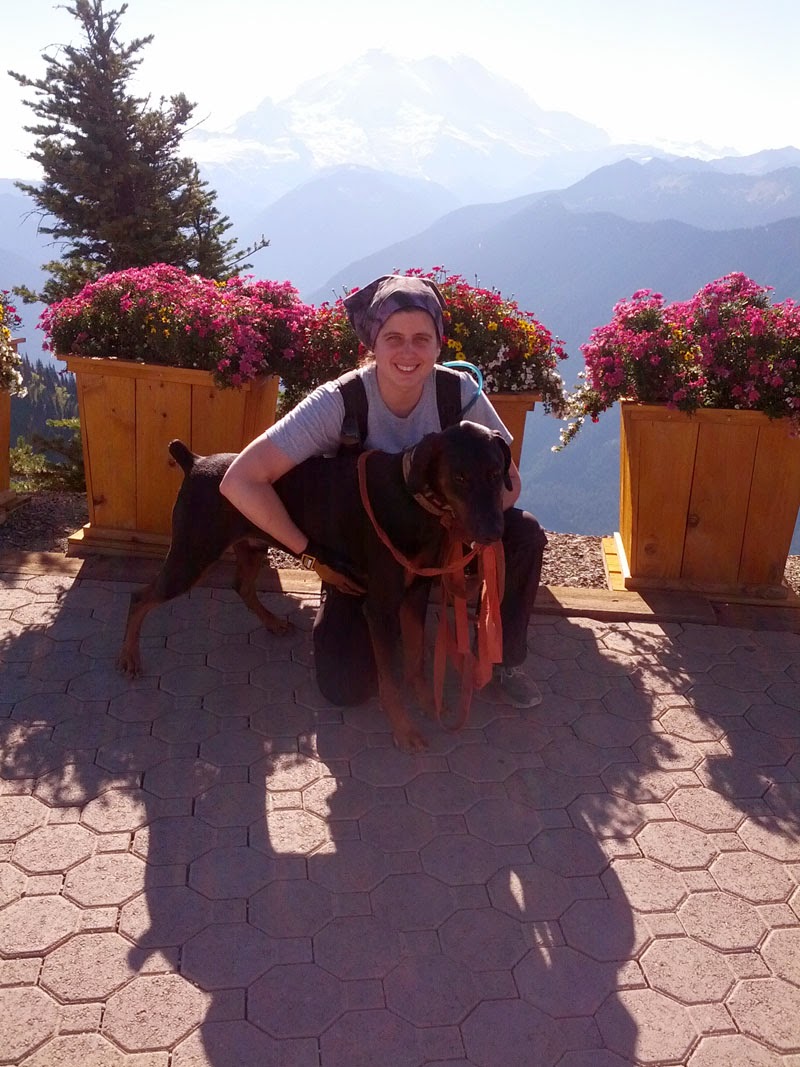 Eventually it was time to go back down. Some people do hike down. It looked punishing, even by my standards. Wear hiking boots.

Nim was a rascal in line. 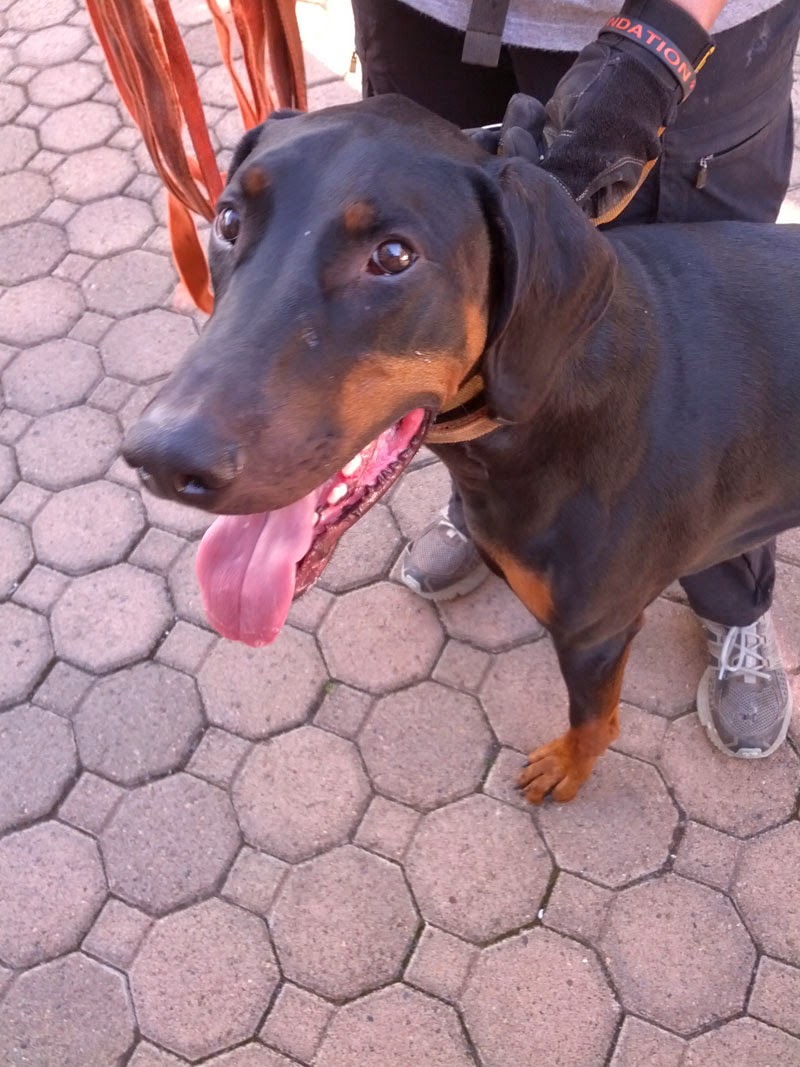 Cindy got some great loading shots up top. Yes, it looks like I am strangling him. :) The gondola keeps at a slow move and you jump on. 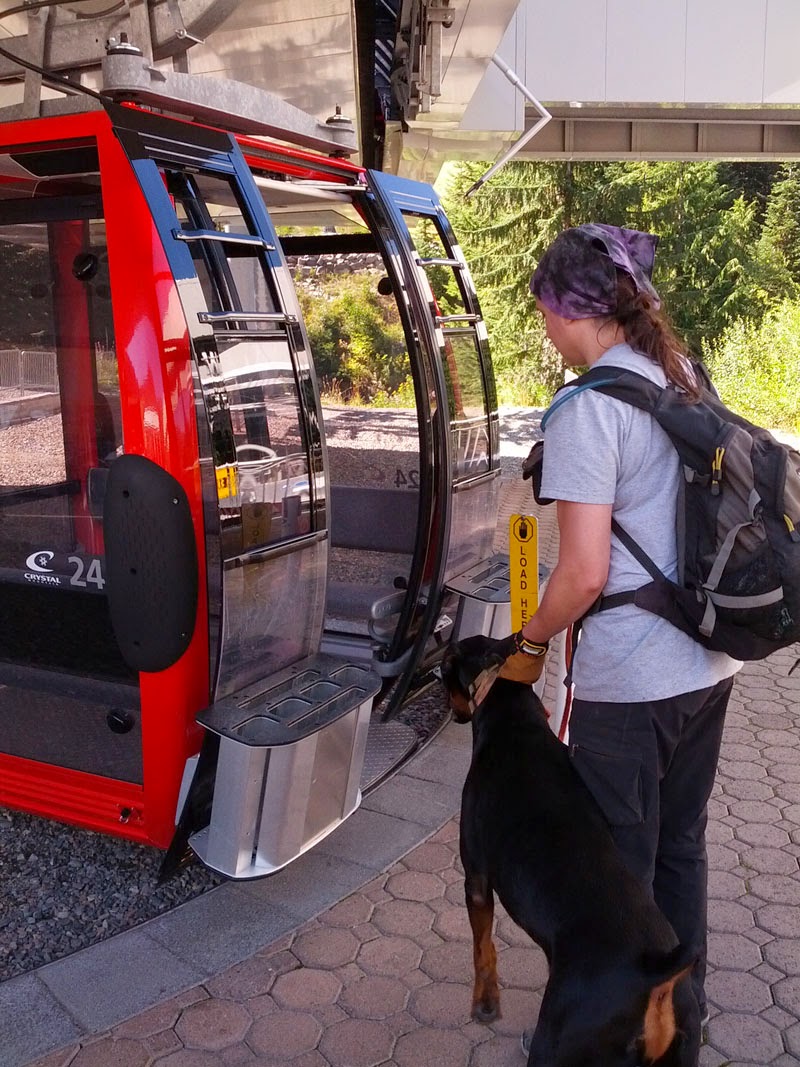 So I don't have time for any Nim attitude, he needs to load in one smooth motion. :) Fortunately he loads nicely. 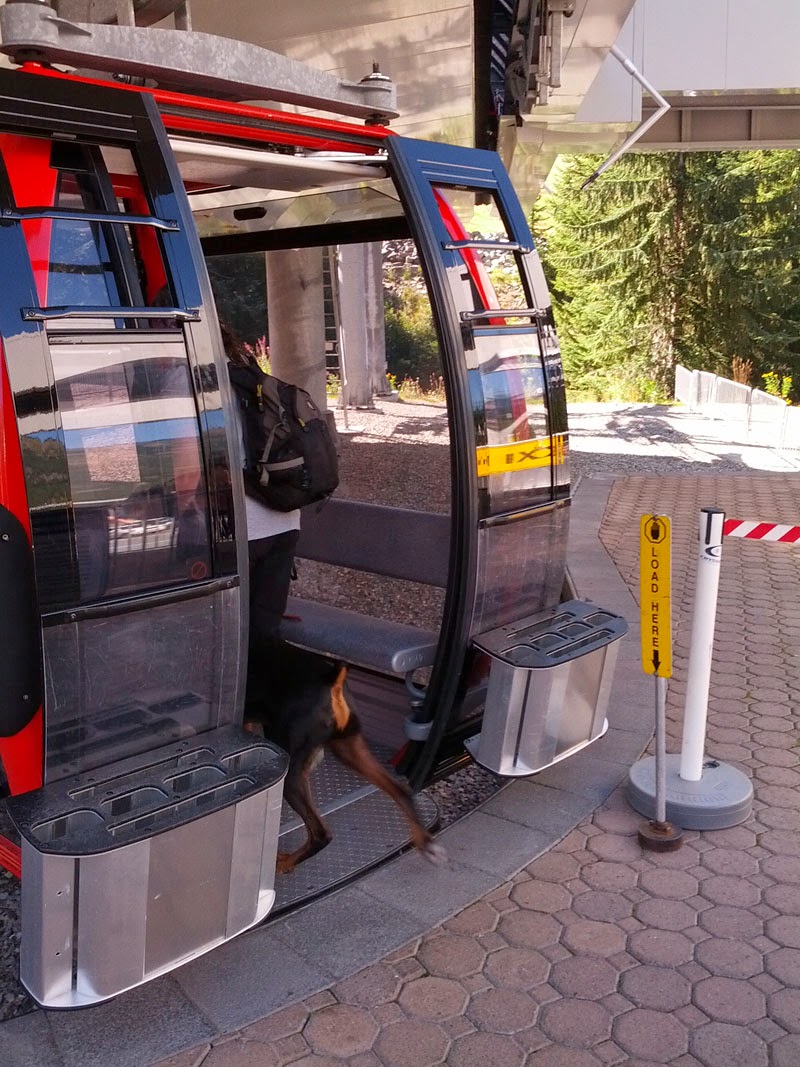 What a beautiful day. 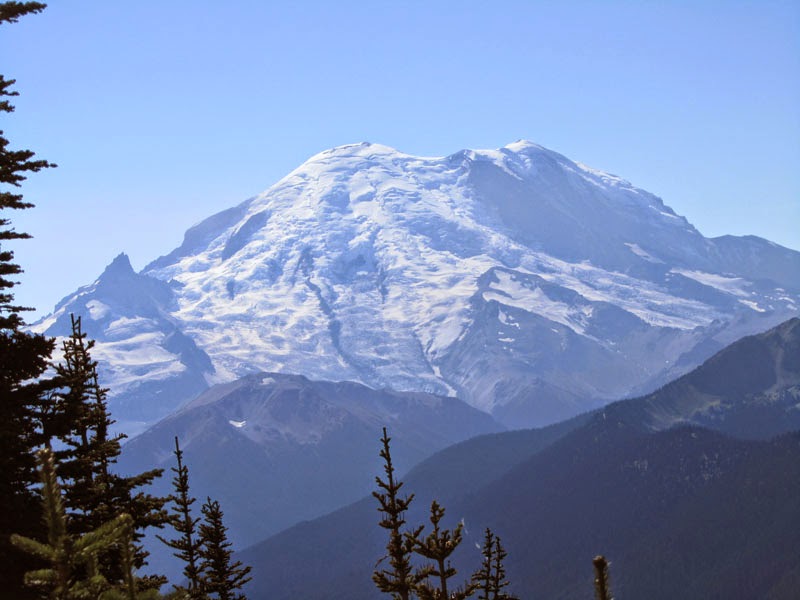 I feel lucky to know Cindy as long as I have because she has really given me a chance to get to know Dalmatians. They are simply not a common breed. Nim has had the pleasure of knowing her last 4 in particular - Emma Lee, Chip, Daisy, and Jackson (all rescues, all hit their senior years together).

Jackson, you were missed, but well remembered. 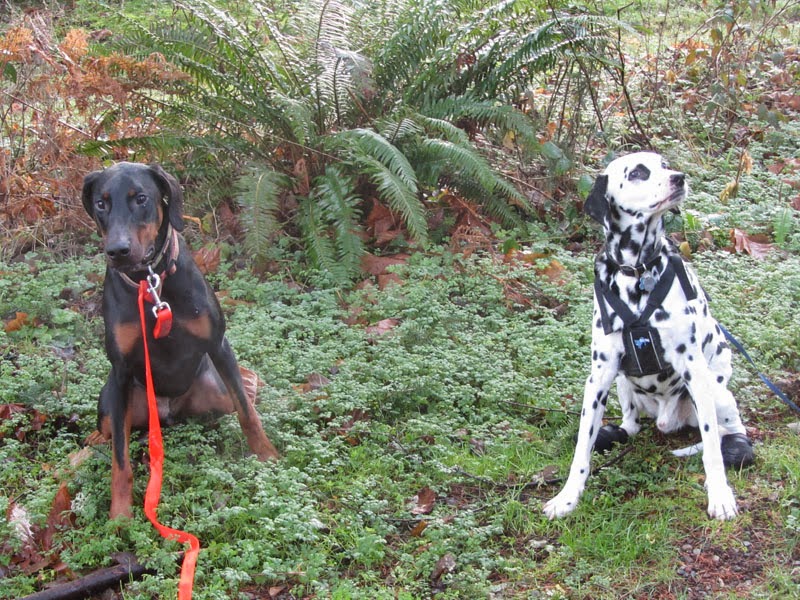