Hello! So no fabric in this post. Two reasons:

It wasn't pretty, but we did hike this morning. Nim was just naughty and I was dragging a bit. The trail was very icy which was hard on the humans. Nim was playful and didn't want to look at me. He just wanted to bite the snow. 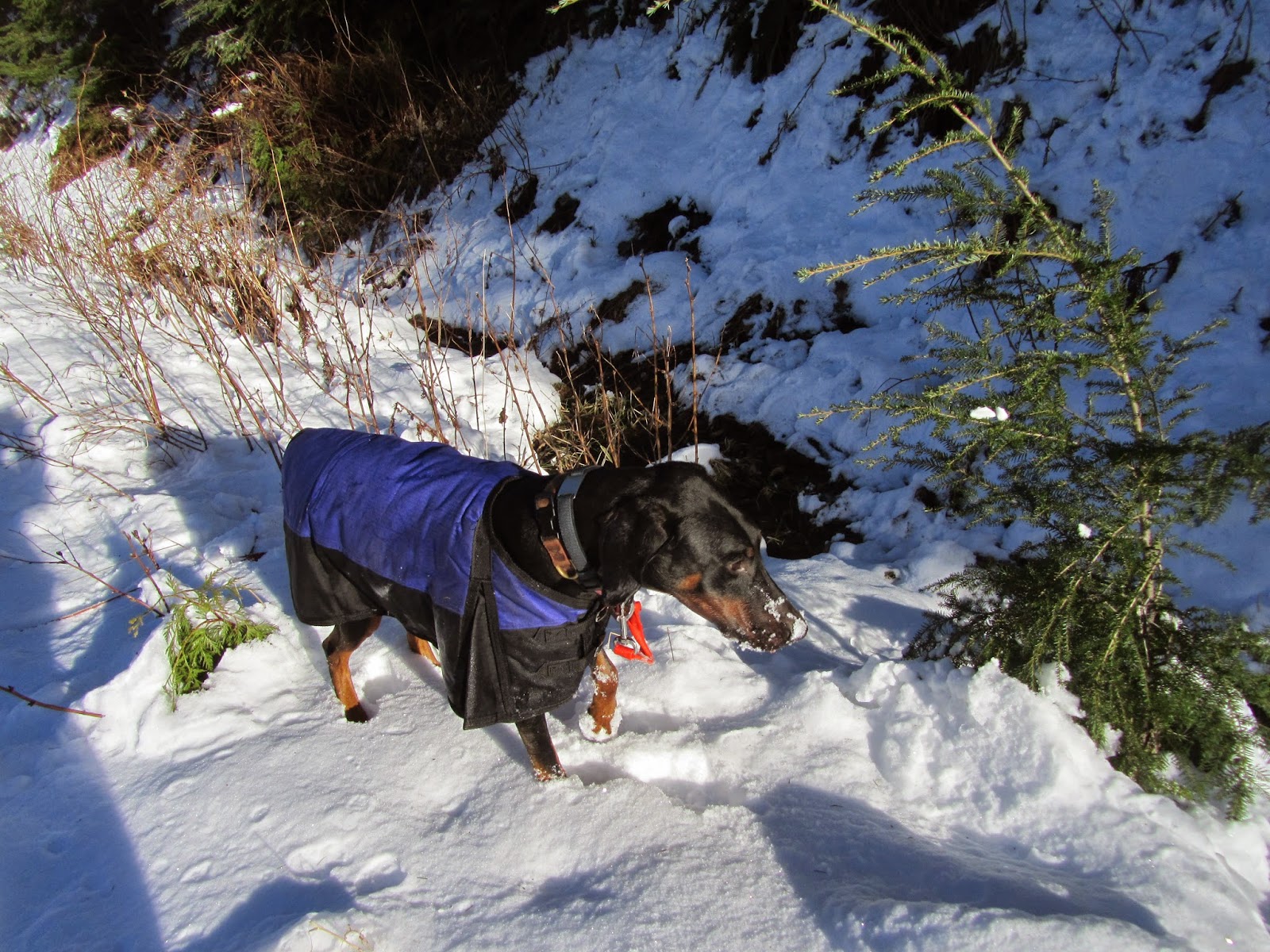 My friend was laughing at us because she knows I put all these hours into obedience and you don't see a hint of it on the trail.

He also kept spraying her special Seahawks hat which his spit. It tends to sail right over me but hit whatever poor victim is hiking with me. It is a good thing she loves him. 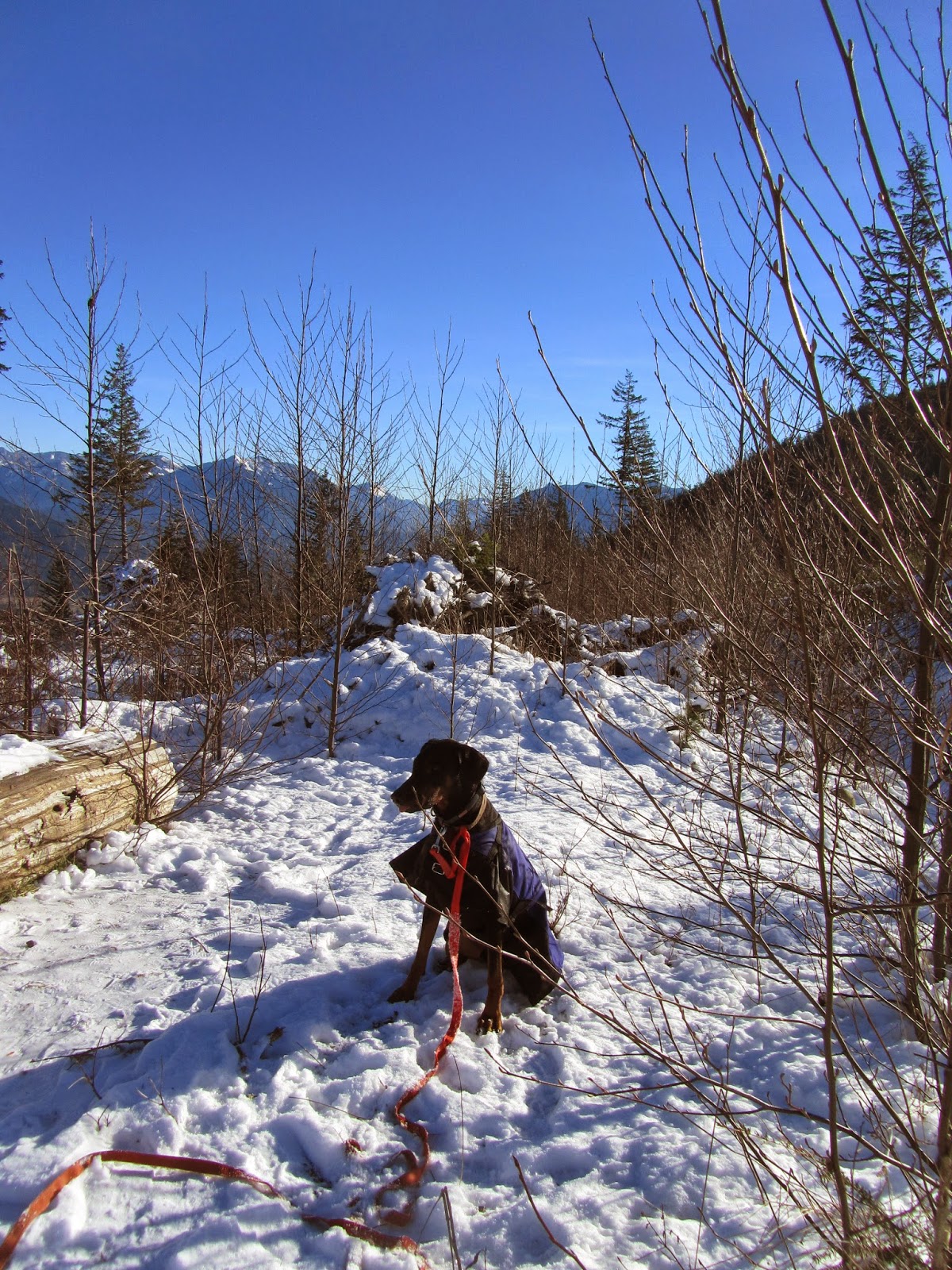 I did finally make him sit so he would stop biting the snow. Then he pouted probably because his rear was cold. 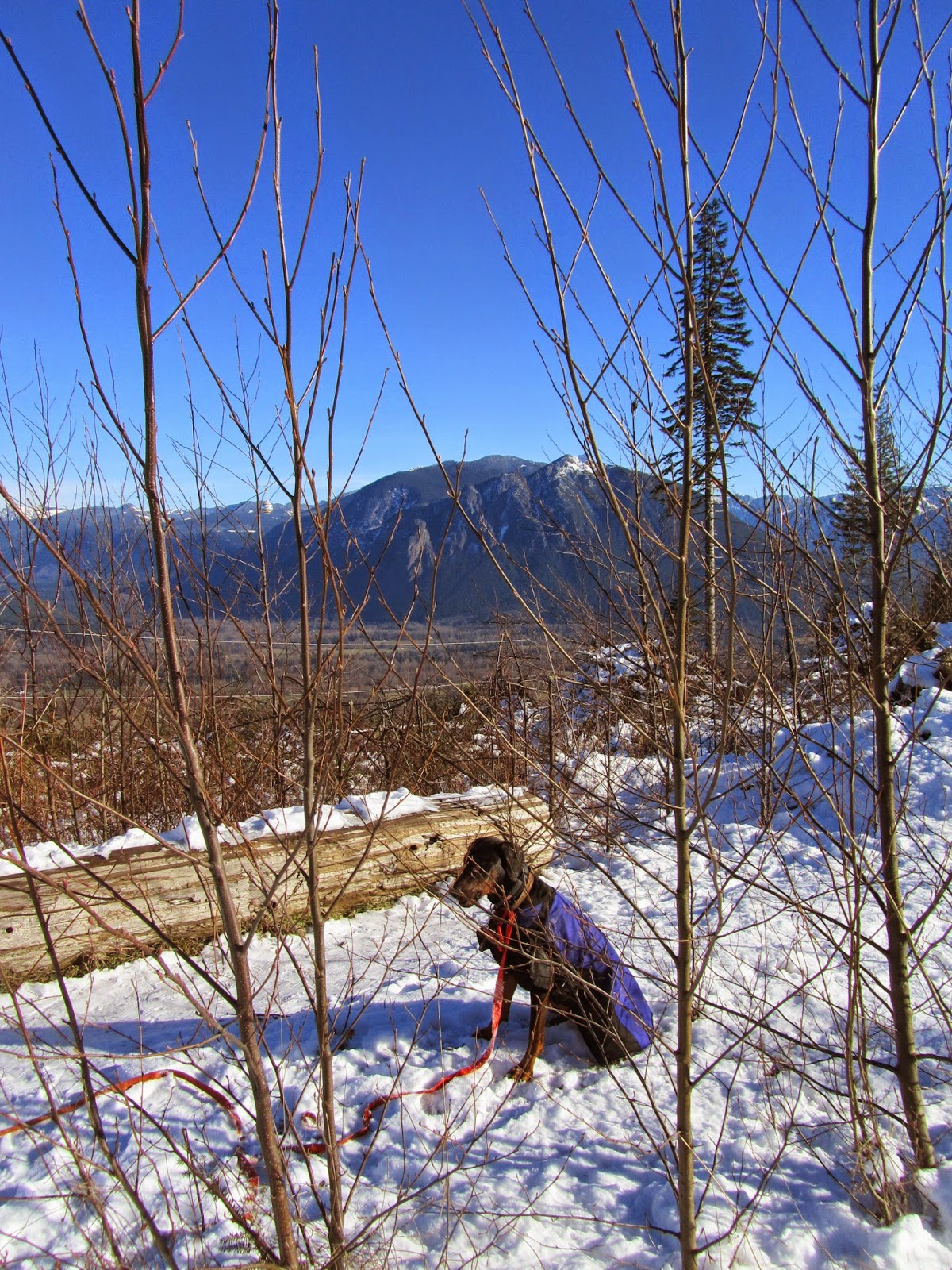 Edit! Damn. For like a week I have been meaning to add a link for this particular dog's fundraiser:
Sassy

I don't know why, this one sort of struck me and I wanted to make sure others saw it. I actually heard about the dog on another blog I follow. I think she is fostering Sassy. I don't actually know her, but I am always impressed with her because she is a revolving door of cat and dog fosters. I would like to a. be good enough to actually foster and let them go, and b. be set up for it.
Posted by thequiltingdoberman at 2:32 PM