Even with November being my first full month unemployed it was still a better month than October. October was a stinker!

I have just finished boiling some more black-eyed peas. I am making soup again on Sunday. 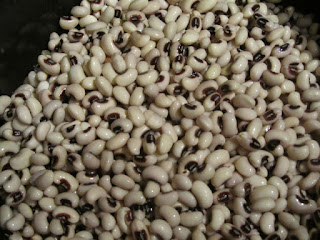 Yesterday I finished the second Hunger Games trilogy book: Catching Fire. I continue to fail in both book clubs I have been trying for various reason, but I am still reading a fair amount anyway. Earlier in the month I also read Divergent which I often see compared to the Hunger Games but most public opinion seems to favor the Hunger Games.

I really wasn't super taken with the first Hunger Games book so I initially would have said I liked the Divergent series more, however I liked Catching Fire much better than the first book so who knows. Both are fast reads. 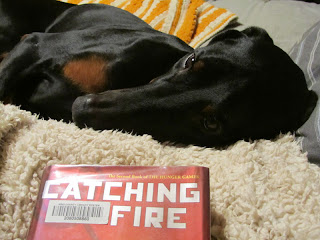 I need a break from Youth Fiction and I have started Gone Girl which was a book club book I couldn't get out of the library in time several months ago. I am a few chapters in. At first I wasn't loving the back and forth between her diary and present events, but I am getting with the flow a little better now. Not passionate about any of the characters yet either. 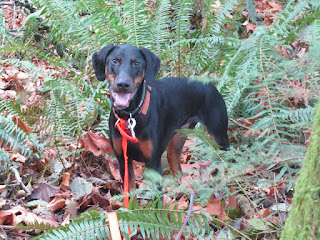 Today I ended up hiking way longer than intended. It was still unexpectedly dry when I did my errands around Issaquah and Bellevue so I decided to head up Squak Mountain. 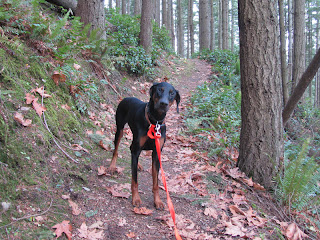 The downpour caught us on the way out.

Bully sticks arrived today and they came with free samples! I had to laugh because these aren't, say a fancy umbrella like Striving Cynic got...:) 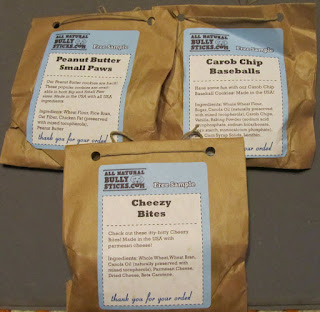 ...but they made Nim happy. He is an eating machine too so these will be gone in no time! 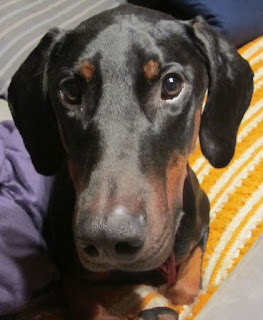 Posted by thequiltingdoberman at 7:44 PM