Here it is, Saturday morning, and I will I could say my final was done! It is not. It opened while I was out for walking and obedience around 4:30pm. By the time I got home and in front of my computer it was after 8pm and Nim looked like this: 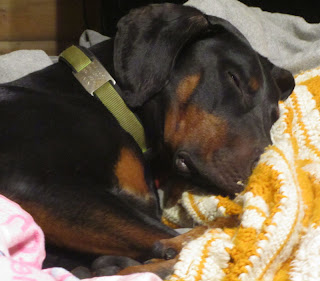 He made me so sleepy that I just couldn't open the 3 hour final. It isn't due until Monday, but until it is done, my break hasn't started. Hopefully later today.

Yesterday before obedience we went to Farrel-McWhirter Farm Park in Redmond and attempted some obedience around the farm life.

This is hard stuff and wasn't pretty at first...the goats scattered and moved to higher ground: 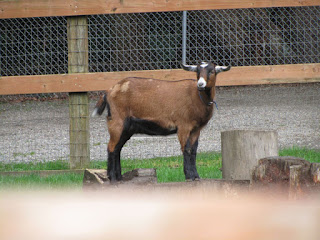 Eventually we worked on a "loaded" down stay (at best). You know when you dog can hardly take a treat that they are WAY over threshold. Note the farm cat in the background which I also had to keep an eye on. 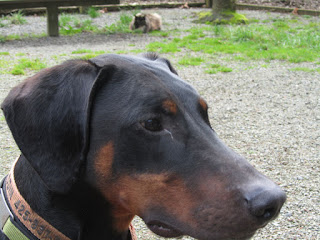 There was actually a lot of farm workers out that day which created a second distraction. The moment one talked to him, Nim took it as permission to break. To that man's credit, once he realized what happened he told Nim he was "good" with each subsequent pass as Nim held his down. 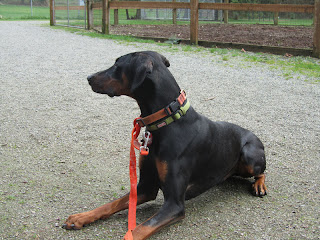 Nim struggled so. The goats of course were very interested in him as long as he was in a down and not yelling. 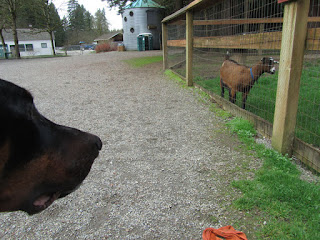 The cats were interested in him as well. And farm cats tend to not be shy. Around the time this guy showed up, so did the chickens. Note, no photo of chickens. Sigh. 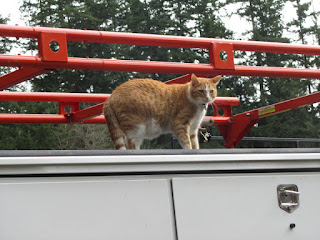 The pig was the least stimulating for some reason, or Nim had just complete wore himself out by the time we got to the pig. After the pig we left the barn and went for a long walk with Nim's GSD friend Jack. 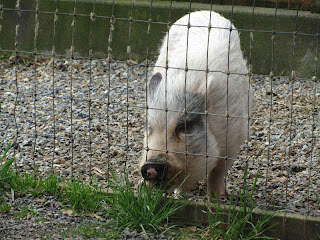 The pig yesterday reminded me of one of my favorite local non-profits and I always like to feature them during Lent time.

Pigs Peace does a lot in the pig rescue world and trust me, there is a need. Thankfully the Pot-Bellied Pig trend is considerably slowed, but they even get some of those as rescues. When their visiting hours start up again later in the year I hope I can make it out there. I love what they do.

Have a great Saturday and be thinking good finals thoughts for me! I need to kick my own rear and just do it.
Posted by thequiltingdoberman at 9:42 AM