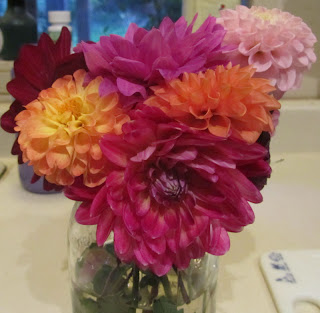 What a weird weekend. I didn't feel well Saturday at all. Poorly enough to consider a nap during the day (which is unheard of for me). I was desperately trying to nap when my neighbor called to let me know that hunters they had allowed on their land were tracking an elk they had hit with an arrow onto mine.

As you can probably imagine, I was pretty upset about this news, made worse by overwhelming exhaustion. 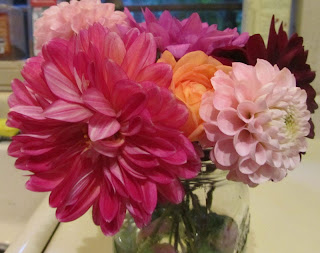 I was attempting to settle in again to nap and ignore the possible killing and dying going on in my yard when I ended up getting a front row seat to a hawk taking out a baby bunny. Readers, this was overwhelming beautiful and upsetting all at the same time. That was it. I cried.


***I promise I will attempt to tell a funny story at the end of this post.***

As the weather as become more fall like, the snuggle is back into rotation. 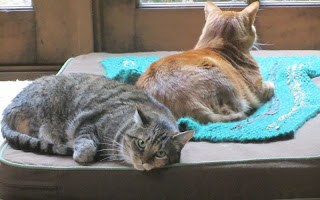 The leaves are absolutely covering the yard. Nim basks in the sun spots and I rake. Raking leaves for me is like weeding. I never get tired doing it. It is one of those lightly physical repetitive activities in which you really can't go wrong. 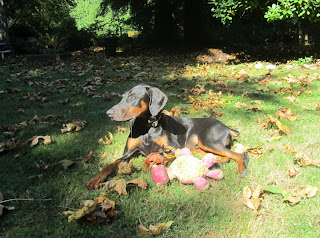 And now, I leave you with a story. I really wish I could do it the justice it deserves. I will outline it the best I can, and let you fill it in with your imagination.

The scene:
Nim and I come into the house and somehow manage to spook Emile who was under the drying rack. He jumped vertical, got his head stuck in my bra strap and what happened next really can't be described.

Basically I didn't know a cat could move that fast and jump so much with a bra billowing behind him. Leela and Nim were actually stunned into statues and even I just stood there. I was positive that should Emile ever stop I was going to be making a trip to the emergency vet.

Once Emile finally shook my bra, he stayed under the bed for a very long time. My bra was located several hours later when I noticed Leela pawing at something under the shelving. 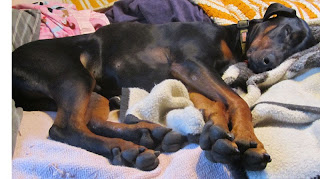 I hope your imagination made you laugh. :)

Posted by thequiltingdoberman at 8:13 PM