This was actually taken yesterday morning... 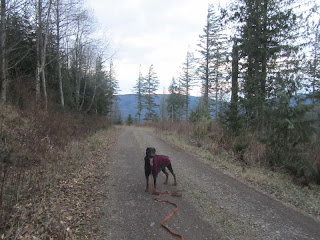 Now Nim is slightly favoring his rear foot again (darn pad). But gosh what a beautiful morning. We were up so early I had to fight not going to bed by 2pm that afternoon.

I got invited to a party today which should be fun. Normally I am a bit of a homebody on Thanksgiving and that works just fine, but this sounds like an easy group.

I made PPK Pumpkin Oatmeal Cookies for the party. I subbed chocolate chips for raisins and other than that I don't think I changed the recipe at all. They are a bit light on the sugar because I ran out and I refused to go to the store yesterday afternoon. Although the hummingbird protest outside my window right now may necessitate a trip today. 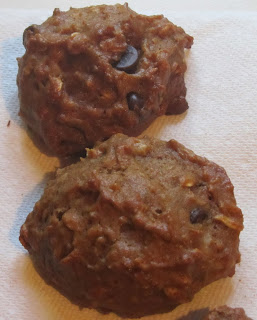 I needed to bake them about 2 minutes less than the recipe called for and they are really much better after completely cooling or the second day.

I am also bringing Kite Hill White Alder Cheese. Vegan cheese that is. I don't even know where to begin about this stuff. Let's just say I am stunned. This is a rare party in which I am not the only vegan but I also plan on trying to get the non-vegans to eat it and give me their opinions. I was never a cheese connoisseur when I ate the real stuff, so I am hardly one to judge, but I found the White Alder really good!

Have a great day.

Posted by thequiltingdoberman at 7:21 AM