Our first real snow started about 1am this morning. I am actually surprised it is sticking around, but it is pretty cold and I think will be for the rest of the week. 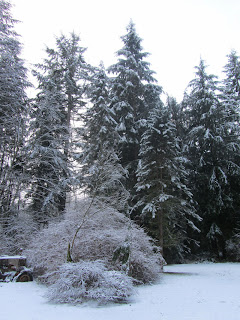 We ended up going up Cedar Butte which was a lucky trip for Nim because I am pretty much glued to my computer right now. About 1/2 way up the trail he started leaving blood spots. That darn pad! Didn't slow him down in the least, but I am sure we will pay for it later. 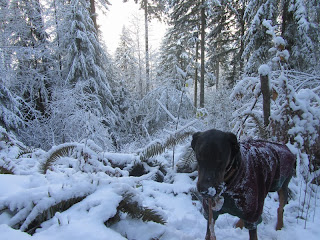 If you can see his eyes in the photo above you can tell I am yelling at him to stop biting the snow so I can take a picture! 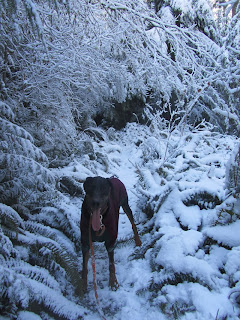 Despite this being his third snow season he still initially acted like it was something new and suspect. I don't know if I have forgotten this part when Odin was young or if this is just Nim's personality.

He is still happy enough in his hike. 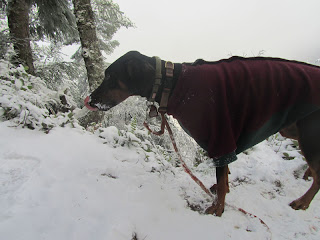 We got to the top, he sampled snow and refused to sit still for a nice photo.

So you get snowy trees instead. Enjoy. :) 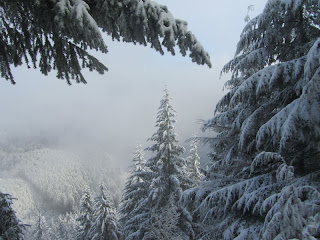 Posted by thequiltingdoberman at 12:46 PM