So originally I was going to pass REG and then in celebration do all three days at the Puyallup Dog Show Cluster.

Clearly passing REG didn't happen, so I decided 1 day at the show would be sufficient. And darn it, we didn't even qualify.

Poor Nim. Stuck with me. 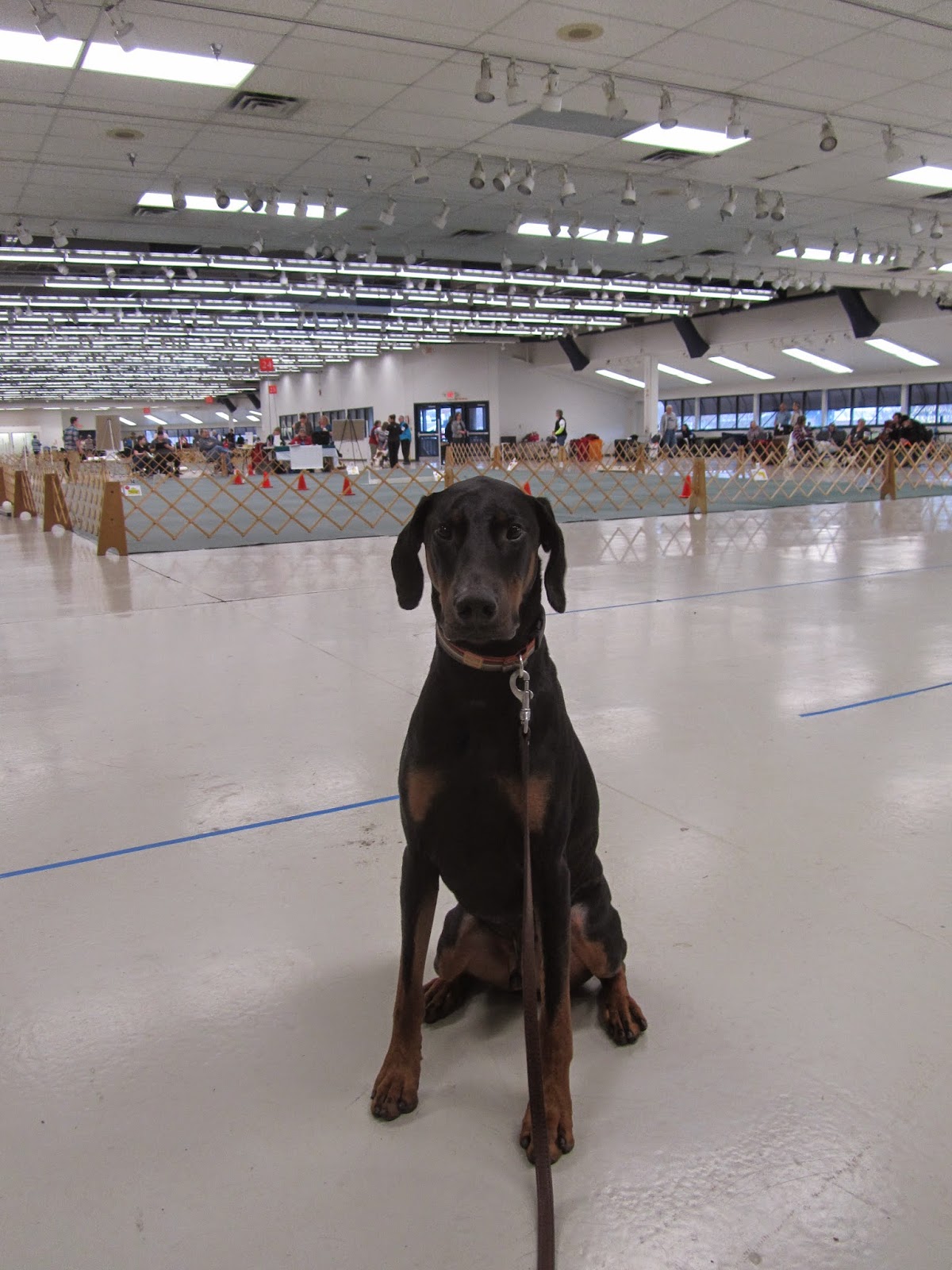 At least there was some quality people and dog watching for Nim. Monday was the lightest day for this particular three day show. I actually didn't mind the venue, but if they don't allow mixed/all-American breeds in their obedience next year I won't be there.

As you might remember my mom's application was denied because Mini-Aussies are not a recognized breed. Fair enough for conformation, but unacceptable in obedience. Any team that puts in the hard work for obedience and wants to compete should be allowed to. 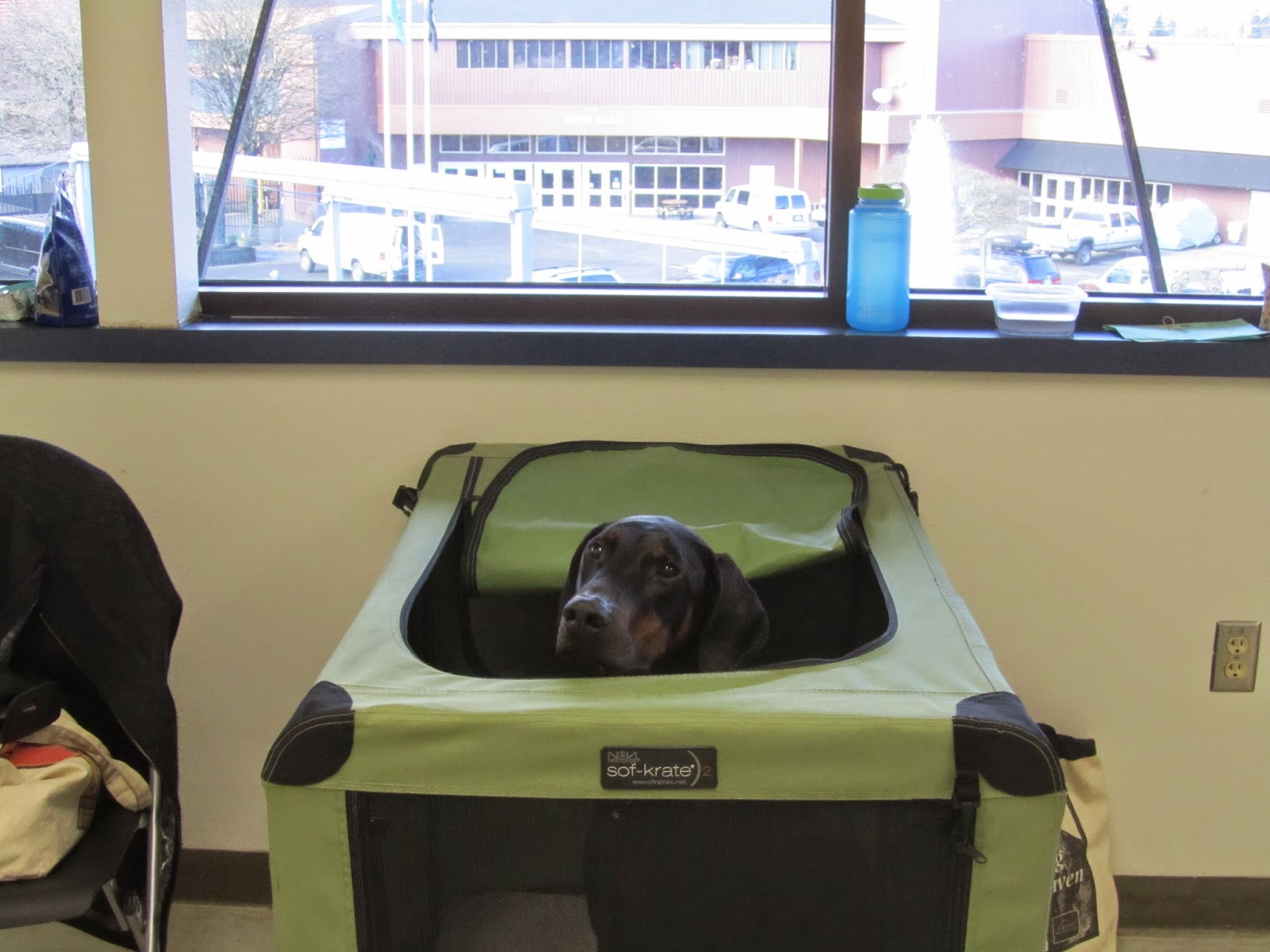 The Rally Obedience ring was the far ring in the upstairs of a large building. For some dogs, the biggest downside with the venue is that it is upstairs. It is great to be away from the conformation rings but to get your dogs outside you have to go up and down stairs that apparently most dogs pee on. Nim was so highly offended he could hardly figure out where to walk and not step in it.

My friend's dog was also not a fan of the floor which you can actually feel vibration and movement on. I could see where some dogs would have nothing to do with that. 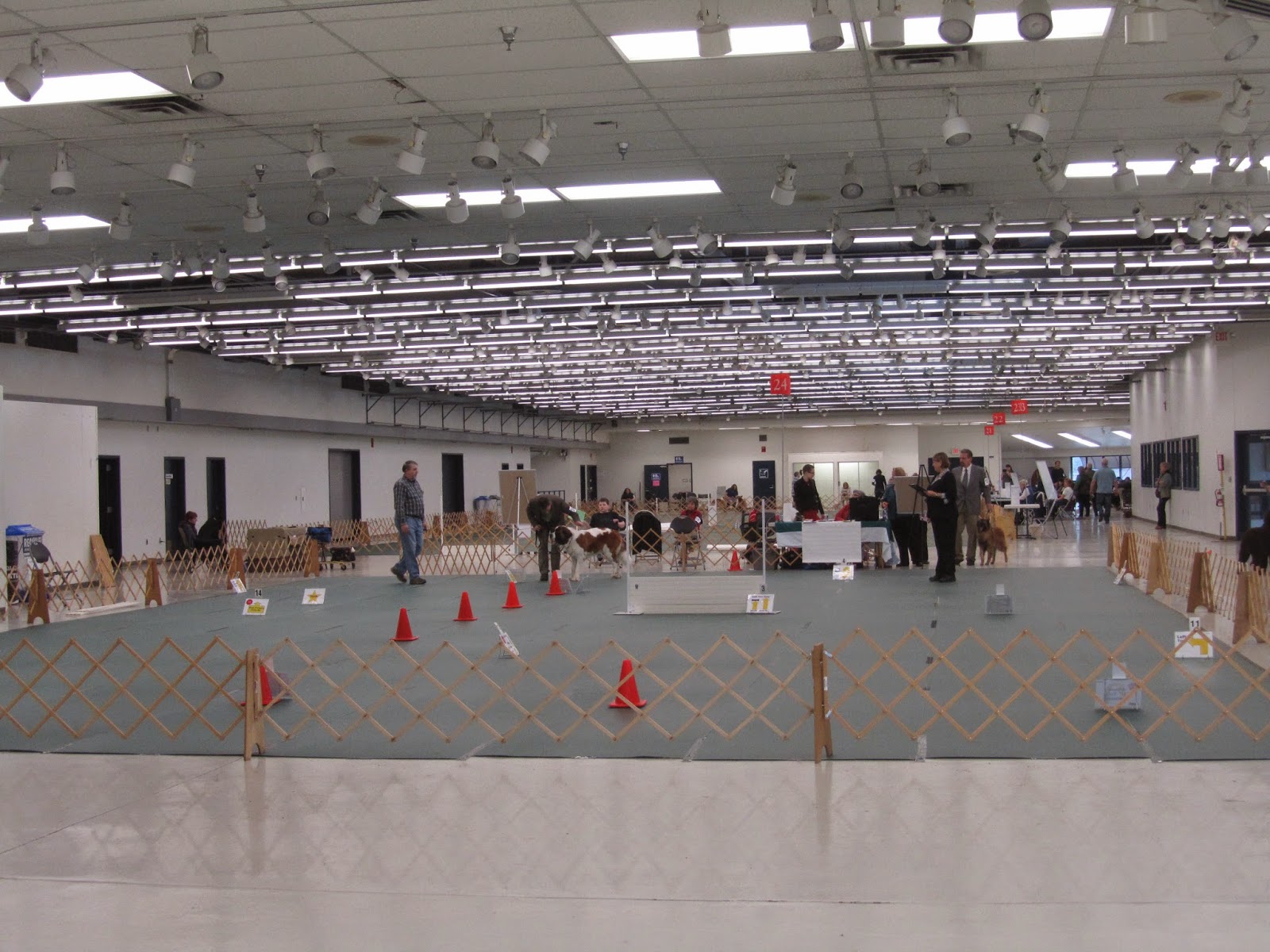 And how did we not qualify? Well, like most issues with dogs, the mistake was a human one. Nim did beautiful. He was responsive, engaged, and when he did get distracted he was easy to bring back. I on the other hand marched right past a sign on the course. Failure to do a sign = Not Qualifying run.

Sigh. At this rate we will get our traditional obedience titles and UKC rally titles before we ever finally finish our AKC Rally Novice.

The judge was great. She even let me know right at the end of the run that Nim had done well, but I missed a sign. Compared to my last NQ I didn't take it bad at all. It was a great day and I got to watch a lot of dogs I know do very well.

In other news. Three months later Leela has decided she likes the electric blanket and when she is on it no one else can be on there. 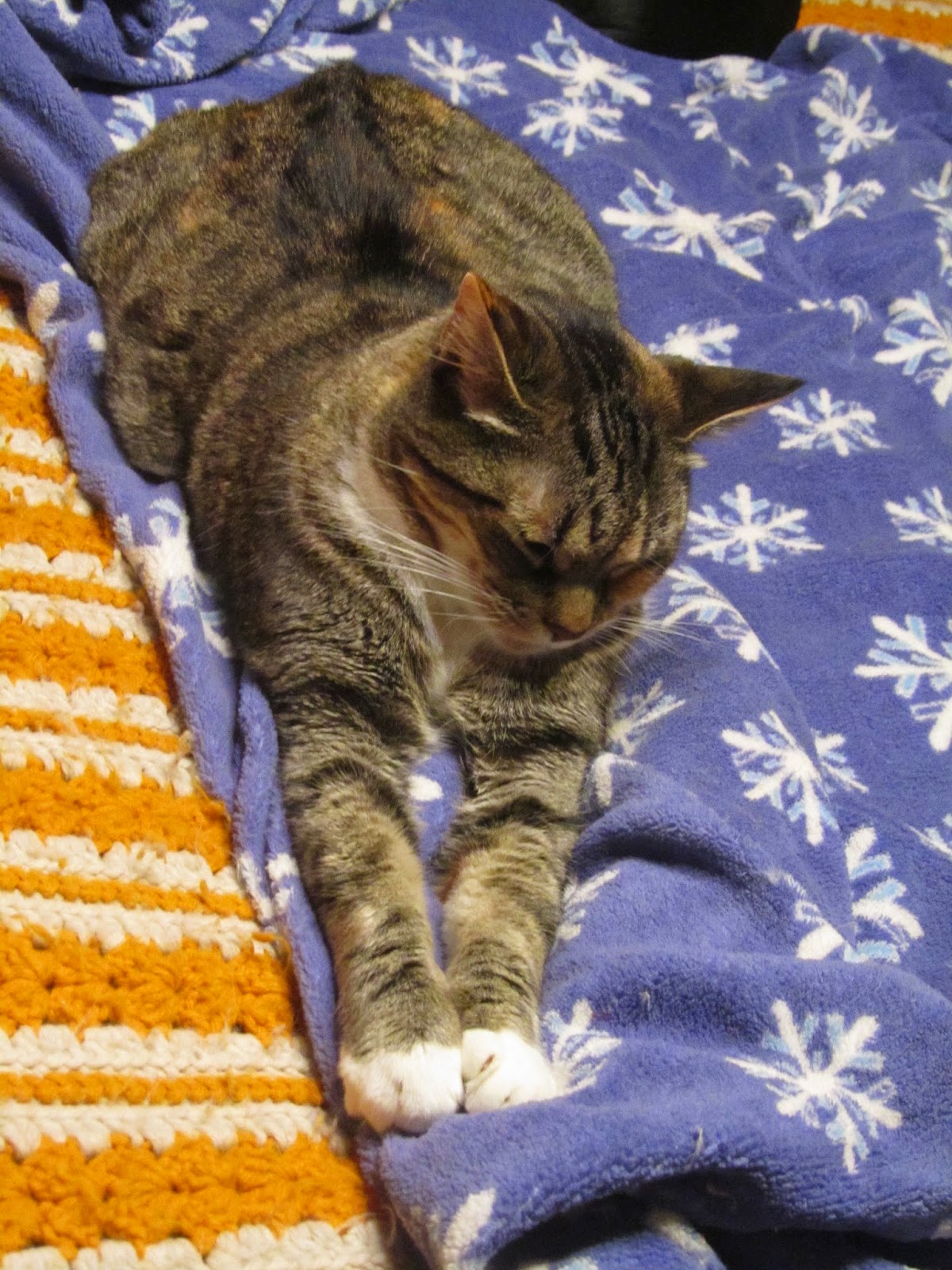 Except maybe her puppy. I have no idea what he was dreaming about in this photo. 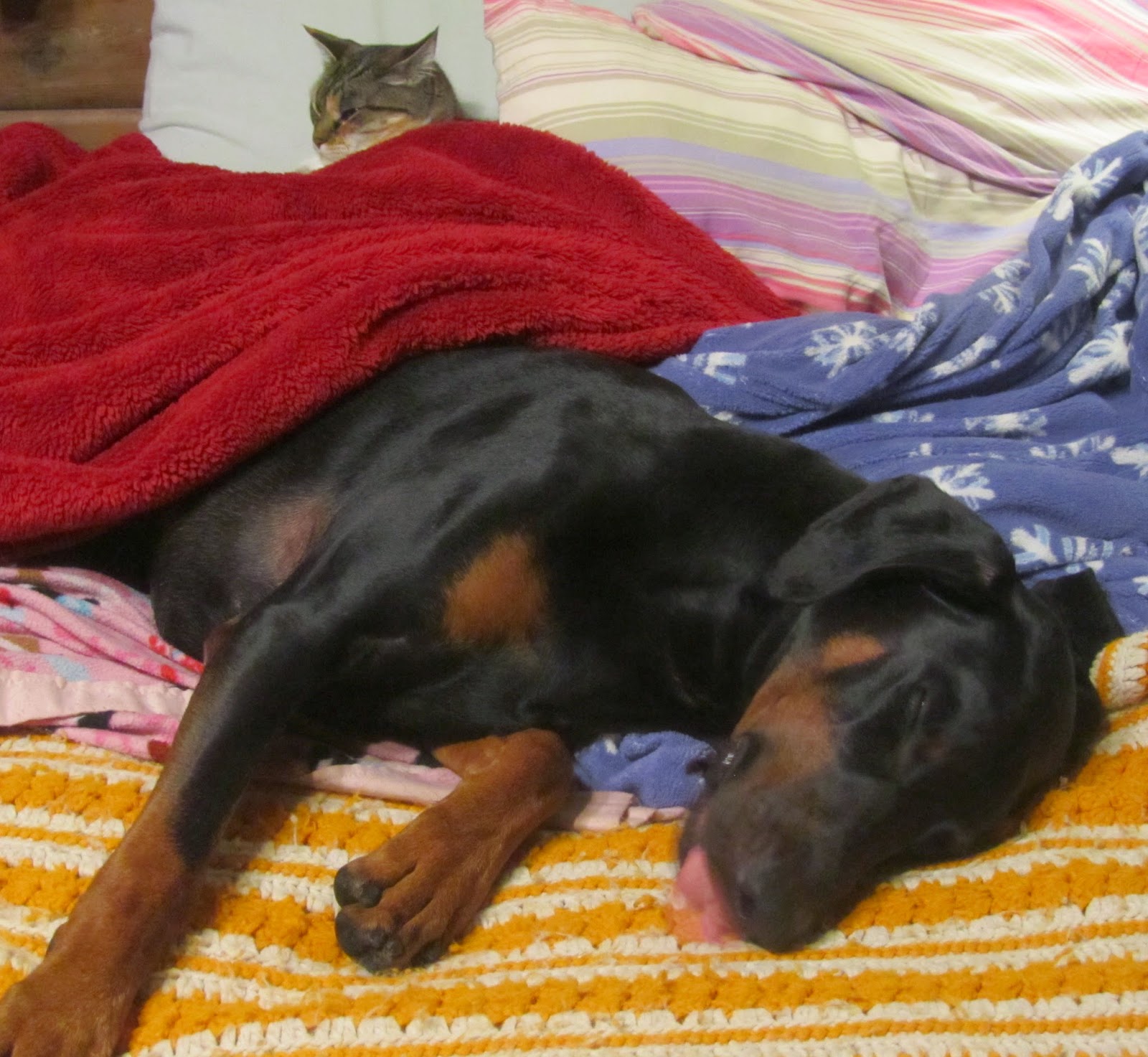 The week is almost over!
Posted by thequiltingdoberman at 6:22 PM