This has been such a full month, but so much of it not really worth blogging about...you know how that goes? It would be nice if some of my projects would actually complete!

It has also been rainy and my car has been in and out of the shop. 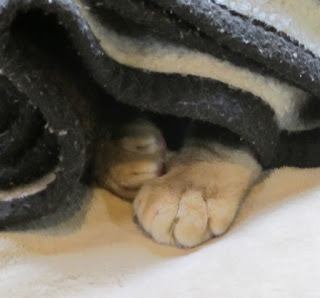 The cats seem to be coping. 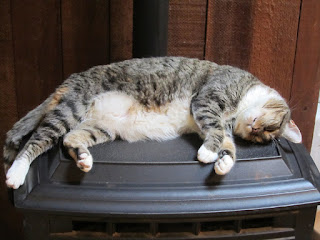 Nim, not so much.

Yesterday after they put my car back together so that I could make an appointment this morning I took him into town for a dog wash because it was getting dark and he was driving me nuts. This is a place where all tubs are side by side so the dogs are in misery together. That was about as exciting as his day got. 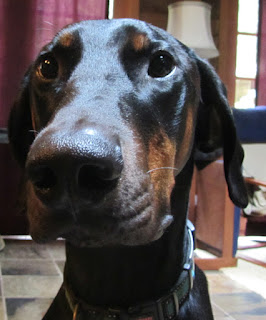 I am really backing off bake sales and charity baking right now. But when I saw Sidecar for Pigs Peace still needed bakers to benefit the Pigs Peace Sanctuary I couldn't turn them down.

First I roasted another sugar pie pumpkin and did some seeds for me: Then I started a new recipe from Chocolate Covered Katie...homemade oreos. The dough is amazing. I hid it in the fridge while I went to work on my other plans. 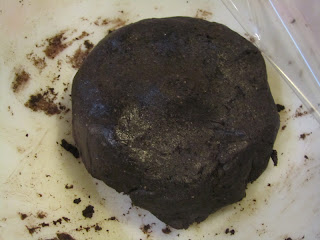 From Post Punk Kitchen I settled on the Chocolate Pumpkin Loaf. 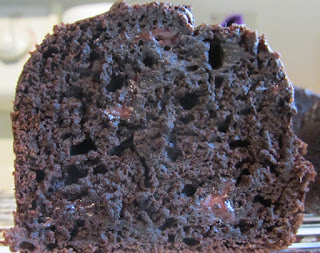 It is unbelievably good. I stayed true to recipe. Looking at the comments, several people cut the sugar. I didn't find it overly sweet however it is very rich. 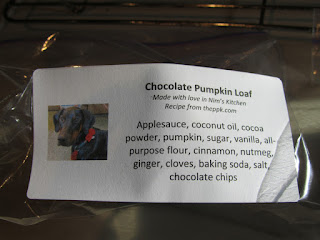 My other new recipe was from Eating Bird Food and it was her pumpkin oatmeal cookies. 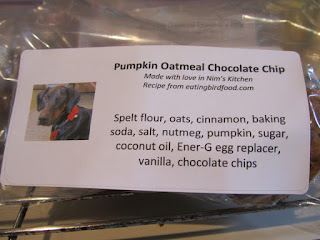 This is another really great recipe. I think you could cut the sugar especially if you like the spice with the pumpkin like I do. I would personally cut the salt next time but other than that, a REALLY nice cookie, and not overly sweet or rich. 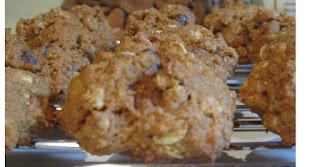 I also made Oh She Glows homemade pumpkin butter again. I am on the fence about making this for the public. After some research, turns out that you shouldn't can pumpkin butter...not that I know how to can anyway but I was willing to try.

I do know there is going to be a set of the population not comfortable with a jar that doesn't "pop." It is too bad because it is a great gift idea too. 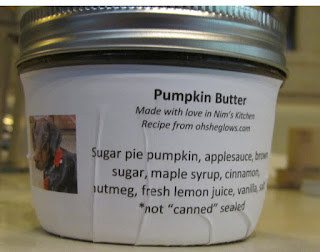 Finally I returned to my oreos. They were my bake sale wild card. 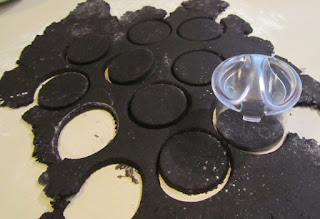 They are very satisfying to make and fun to put together. You can see the filling is a little crumbly which will probably vary from person to person because of the coconut butter. 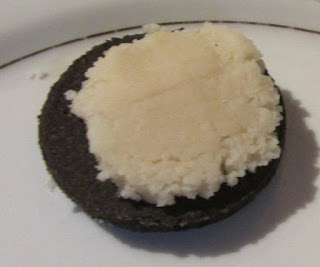 I decided they were not a good bake sale candidate because I was worried they wouldn't hold up to bagging. However they would be great at a party on a platter. I wish I could remember the site I saw this, but basically the site suggested you dehydrate the pumpkin skins (nothing wasted) to make "chips." I actually forgot I left these in the oven until I downloaded this photo. They are really good! They get less chewy as they dry out and have more a sweet taste to them than I anticipated. 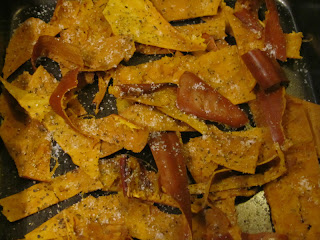 Have a great weekend!
Posted by thequiltingdoberman at 2:42 PM