Someday I am going to figure out how to spell the way I actually say Emile's name now. There is a meaning behind why I named him Emile relating to a friend's kid and Emile's guessed birthday, but the truth is, Emile is annoying to say and hard to accent when he is being naughty...which is often.

Basically the way I say his name has changed into something like "Em-Me" over the years. 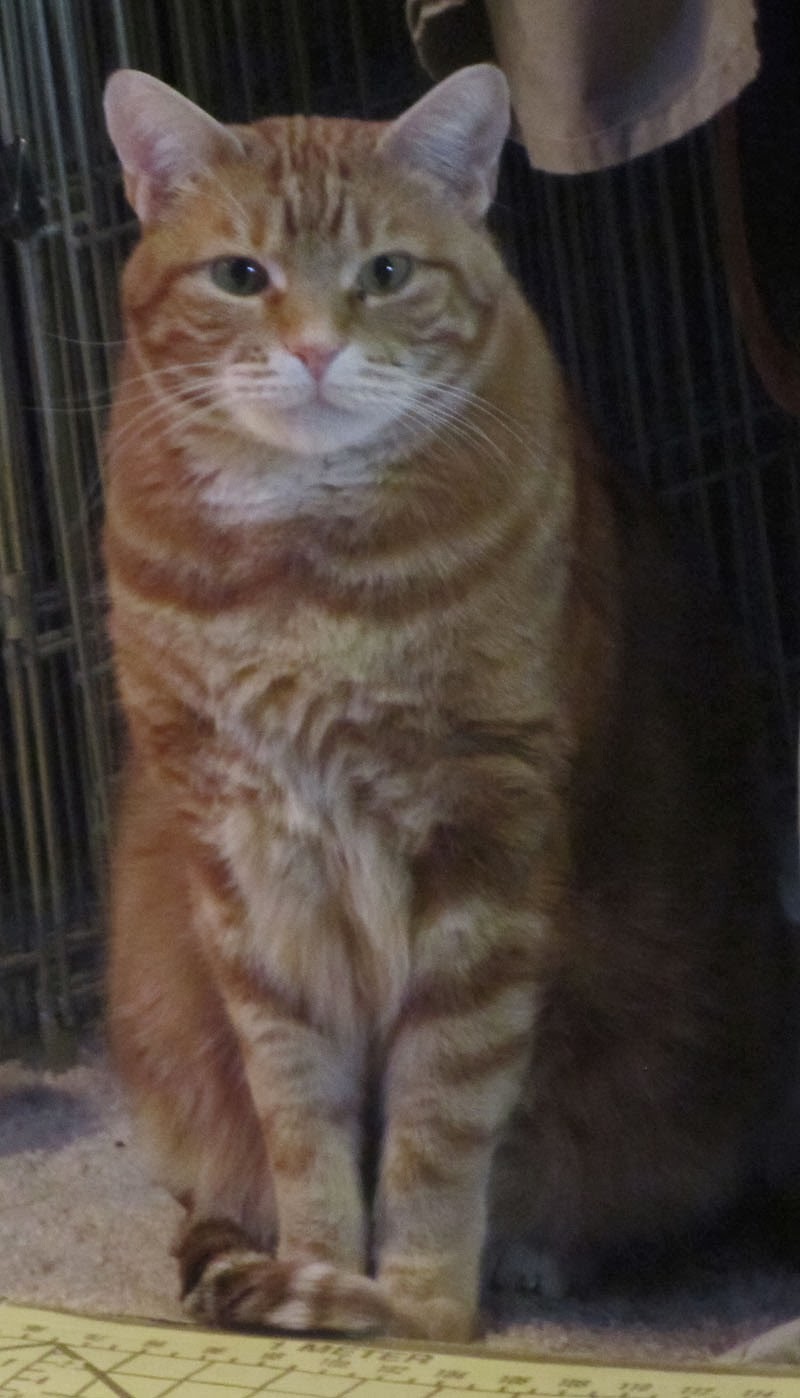 Today he was in rare form as I attempted again to layout the 2014 Mystery quilt and finish the top. One time the galloping was so bad I had to refer to a previous photo to make sure I put everything back together correctly. 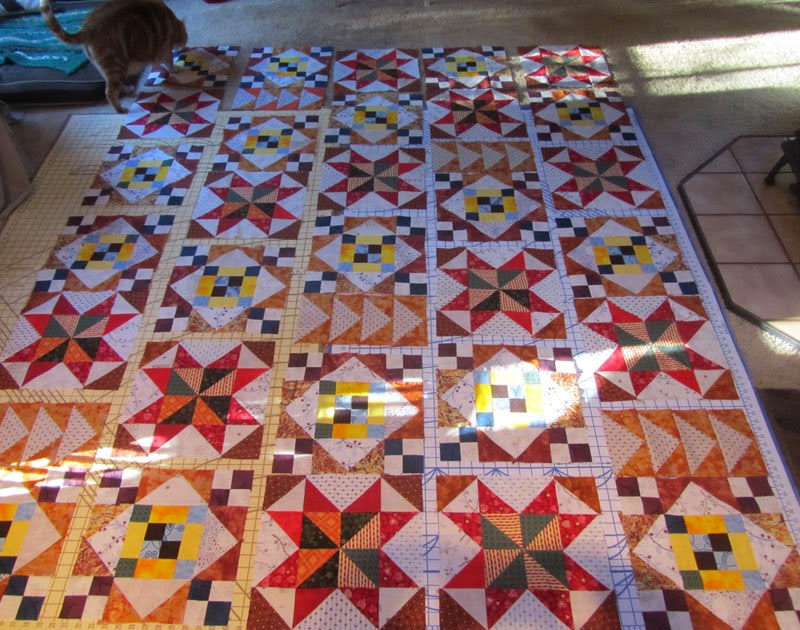 In the end I didn't over-think the layout as much as I thought I would.

There were two combinations I did do the same throughout. This one: 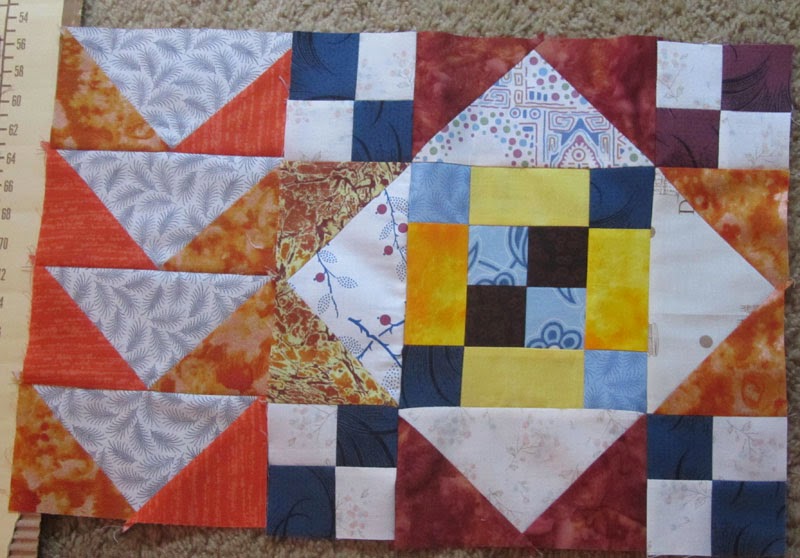 Otherwise I basically put it together as I laid it out without much rearranging. This put a couple of blocks next to each other that maybe shouldn't have been, but given the non-conventional sashing I don't think it matters. 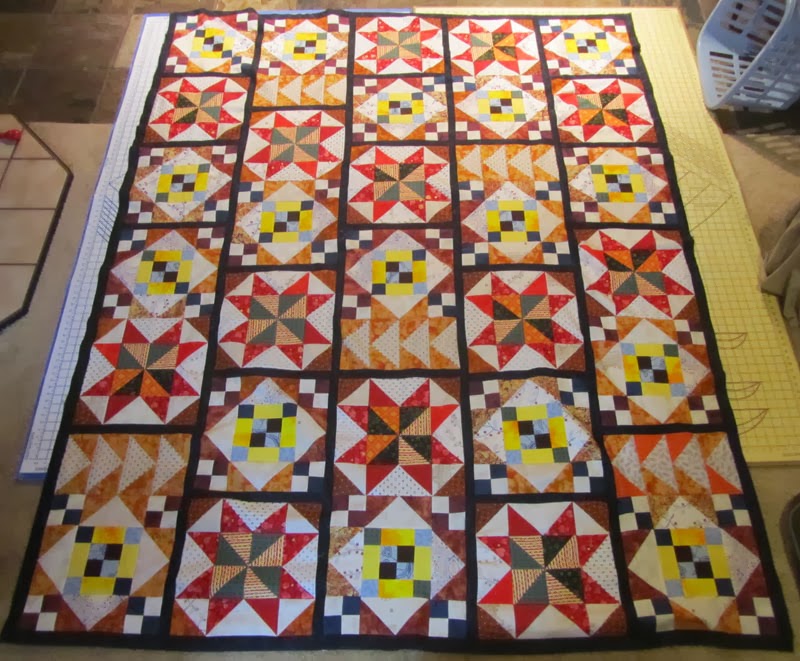 On a totally unrelated note I had a dream that I had baby turkeys the other night. I haven't been able to find a really good interpretation on baby turkeys specifically, but interpretations on turkeys in general isn't exactly uplifting. Hopefully that dream wasn't foreshadowing an exceptionally a foolish week or something.


Posted by thequiltingdoberman at 9:12 PM