Yesterday we all had a quiet stay at home day. I got a lot of studying done and finished another series of Quickbooks tests and now all my focus is back on taxation.

This is what I love to see: 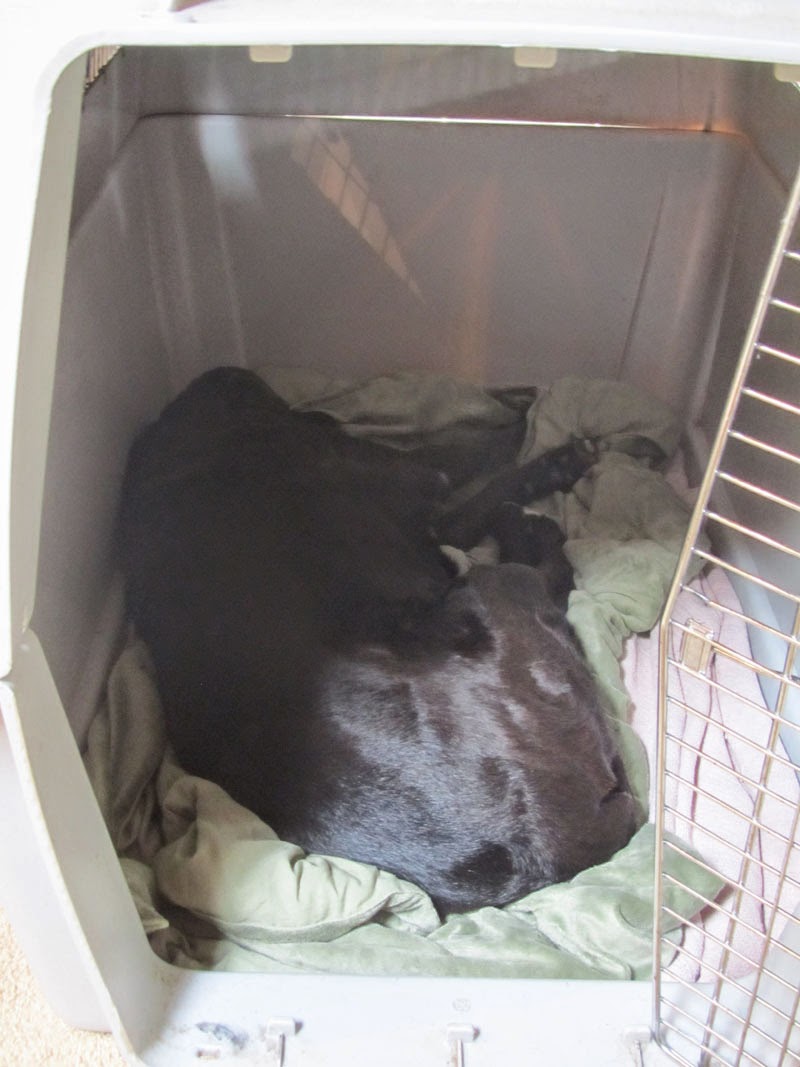 Not bad for a pup that supposedly has zero crate experience.

Nim gave up trying to fit in the box but just in case there was a reason Holly was so into it he liked to station himself next to it. And yes, on occasion we had sun between a lot of rain. 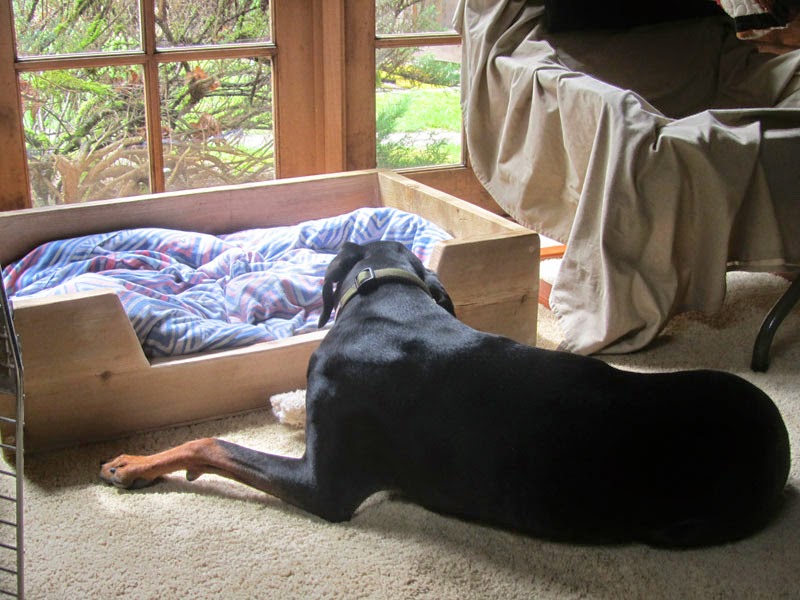 By evening Emile decided he wanted to be in the living area but first he had to deal with Holly. 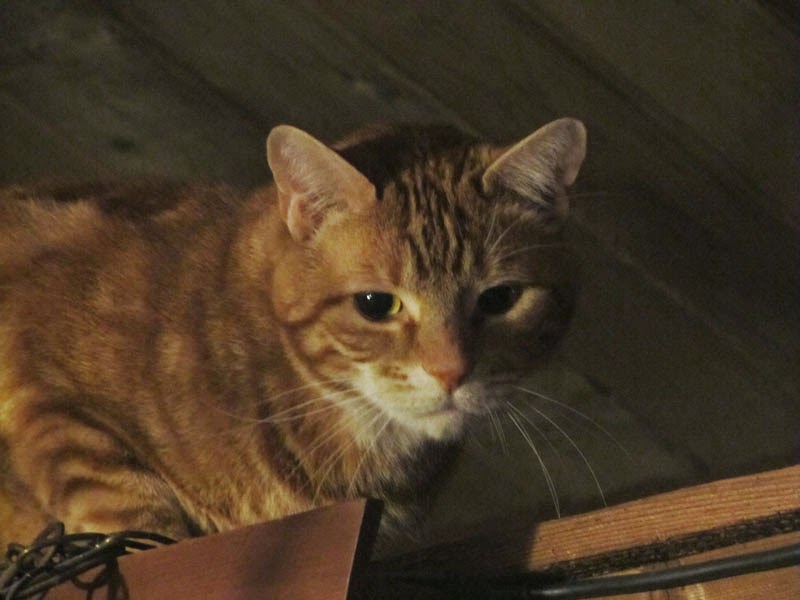 Holly held her sit as long as she could. 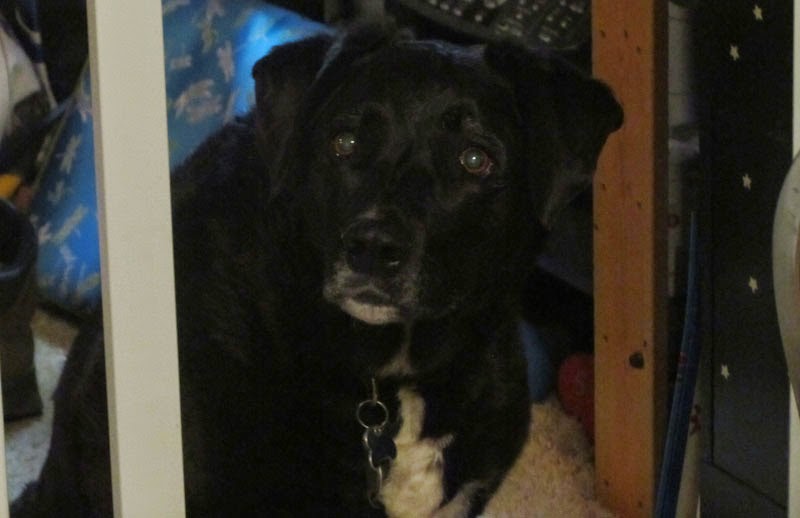 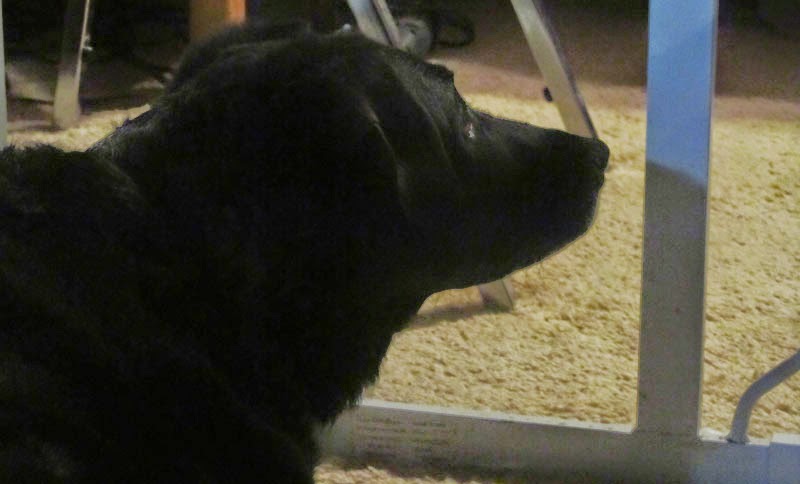 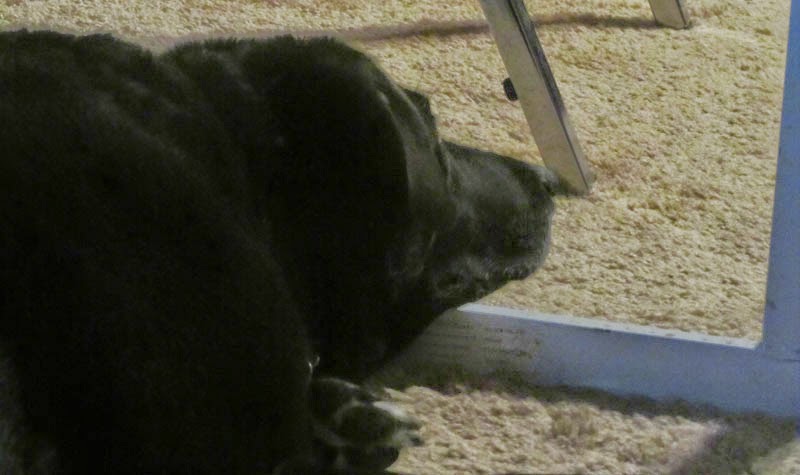 You will note that for the most part I keep the gate open. She seems to understand thresholds reasonably well, but more importantly I keep the gates down because frankly it makes things safer when Emile does jump out of the rafters and a chase ensues.

I basically use the gate at feeding time or if there is any reason I think the dogs need a timeout from each other.

When Emile didn't get his desired response in the stare down he called in the reinforcements. It was 9pm by that point and he wanted his bed routine.

Leela put on her angry ears but let Emile do all the talking.

Holly was put in her kennel once I stopped laughing and she was out cold all night. The cats immediately came down and started their night routine. :)

Posted by thequiltingdoberman at 9:15 AM