How to Dremel an Old Dog

When Holly got dropped off, I forgot to ask about her nails, but I knew that 25 days on a senior dog was too long to go without clipping the nails. The first week I tried my clippers which seemed to go fine, but when I watched her not run off at the sound of the Dremel when I did Nim's nails I decided to try that instead.

I am pleased to say that I have been dremeling her nails ever since.

So how do you dremel an older dog like Holly? 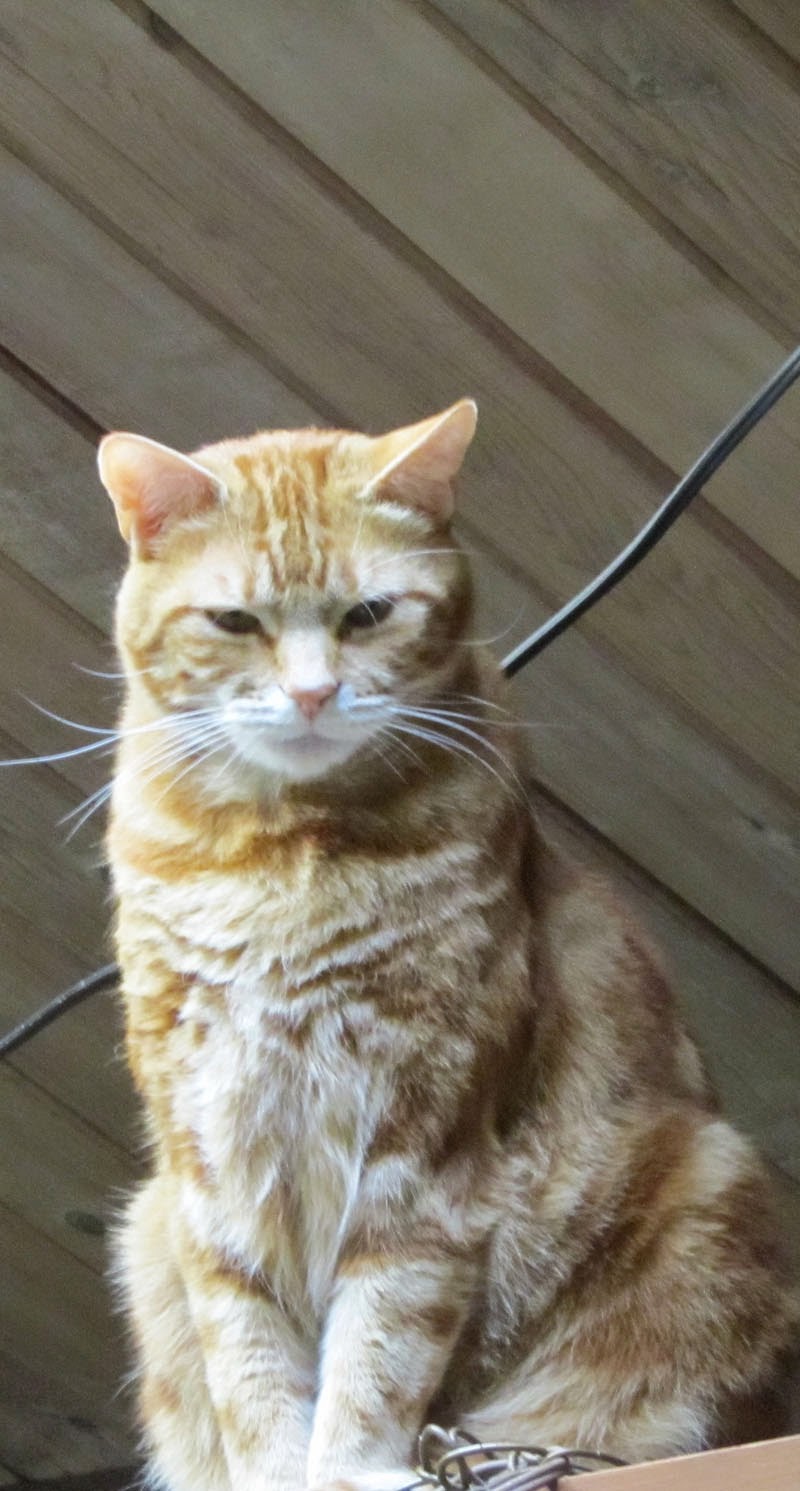 Step Two: Station dog so she can watch glaring cat while the nails are being done. 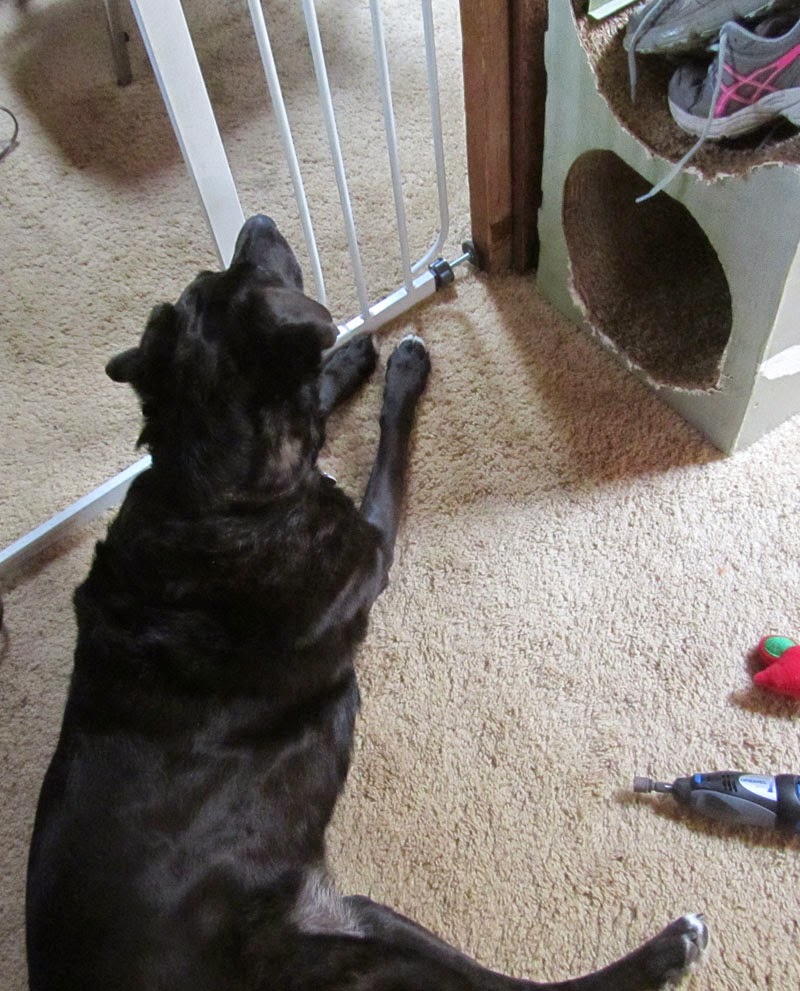 Step Three: Do not disrupt line of sight. 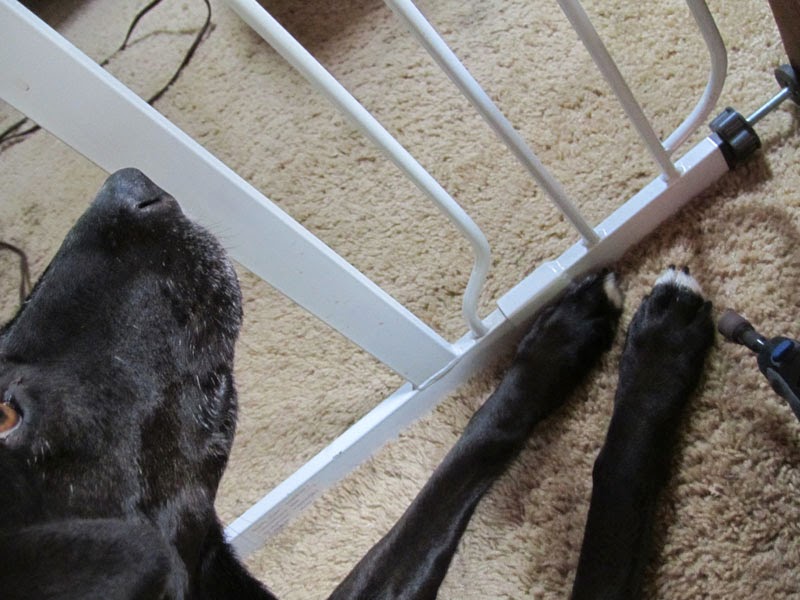 Result: Dog that tolerates Dremel because she can't resist watching the cat. (Incidentally she only hid the first time I vacuumed because of the cats. She doesn't like noises, but she doesn't like missing out on any chance the cats might jump down even more.) 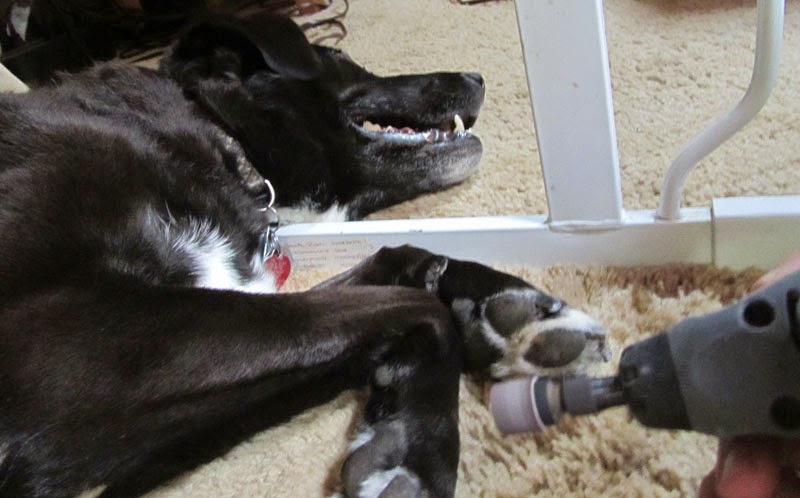 Nim is in the box so much now that Holly sometimes has to go stare at him to try and kick him out of it. 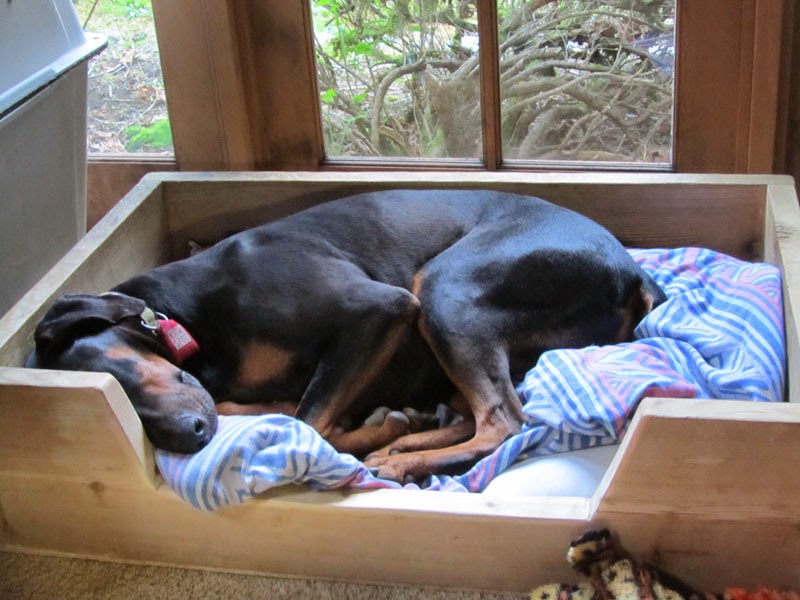 Posted by thequiltingdoberman at 5:13 PM