Hello ridiculously hot July! We are sweltering out here for the PNW area. Hard on people, really hard on pets.

I had ordered The Honest Kitchen Ice Pups to try for Nim this summer (you can also use it heated like a gravy or presumably just a water boost). 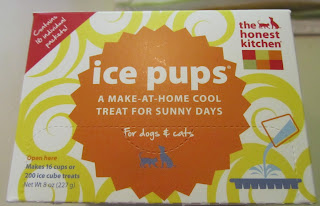 I made him some frozen treats. He really likes them, but the first one he ate too fast and puked right away. I actually think these would be a good packet to have for hiking/camping. I have never been too sold on the electrolytes for dogs mixes, but there is something to be said for a mix that encourages some drinking and some calories. Dogs, like people, don't always eat or drink correctly when hot. 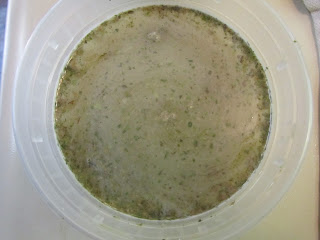 The other trick is the water + treats frozen in a Kong. Actually, I bet you could add that Ice Pups mix and really go crazy. This is messy with the hole at the bottom of the Kong so I do set in a pan while freezing. A friend of mine that feeds raw does raw meat. 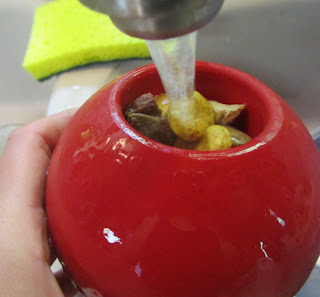 I am sure this was not Leela's idea. Apparently Emile (orange) thinks that Leela can cool him? He is under the bed today. 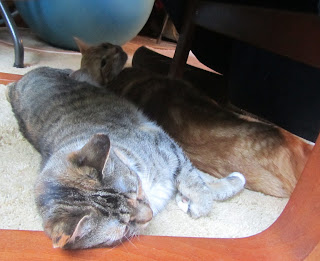 I had someone offer to buy my dead Ford Ranger this week. I almost did it. What I did decide is that either this truck gets running, or the guy that wants it can have it. It was good motivation, and I love a good car project. He talked to me awhile about the issues with the truck and suggested a good local mechanic. 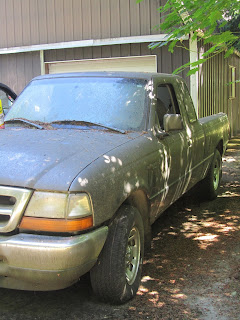 As you can see I had my work cut out for me. I have interior mold and the entire outside was coated in moss and who knows what else. You couldn't see in the windows.

I had stopped driving the truck because the clutch never worked right after I got it replaced. I am excited about a new potential local mechanic (I do have another one I really like but he is about an hour away) but first I had to make an effort to at least make it test-drivable. 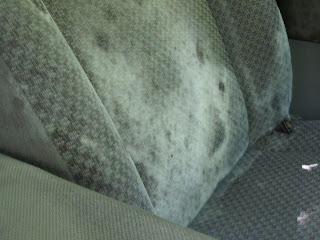 I focused on getting the moss off all the outside windows. I worked on the body as well, but the windows were the priority. 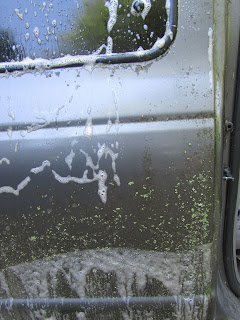 Once it was shinier and you could actually see out the windows to drive it, I pushed it into the sun and tackled the interior mold. If I can make this truck semi-reliable I will actually have the seat assembly replaced. 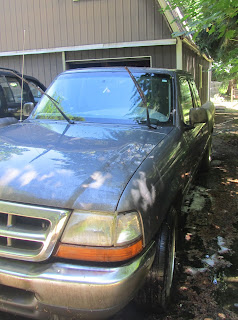 Once the interior was done and drying in the sun, I started under the hood. My goal since this mechanic is about a mile away was to try and drive the truck there first - if not, it would be towed. To try and start it I had to replace the battery and the air filter. 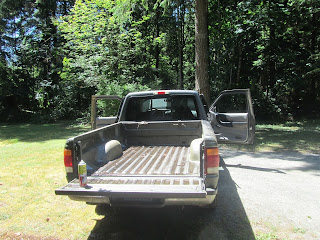 When I pulled the air filter a mouse took off. Now I don't know where she came from, but clearly she had a nest which I carefully picked through for babies. I found no babies, but I did find a tag from one of my undies. That was somewhat troubling. 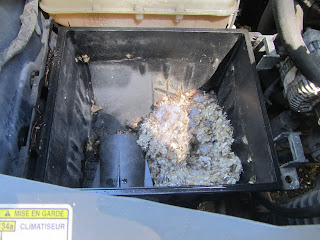 In a couple of weeks it goes to a mechanic in town suggested to me. The guy is so popular it will take me 2 weeks to get in. But I have heard from 2 locals now that he is worth it. While I wait, I will probably try driving around town at low traffic times and gathering my issues. Immediate known issues:

This mechanic probably thought I was a little crazy due to my excitement of getting this truck going again. Although not as crazy as the DOL lady probably thought I was. I had to call her because I couldn't renew the tabs online since I had let them lapse for 2 years and lets just say I was fresh off my double tall soy mocha Frappaccino at that point. She probably didn't know one could be so happy talking to the DOL.

Getting this truck running again and fairly reliable would be a big deal, especially if I don't have to invest much to do it. I might even need another medium dog to ride shotgun. Something tells me Nim will not fit as well as Rusty did. 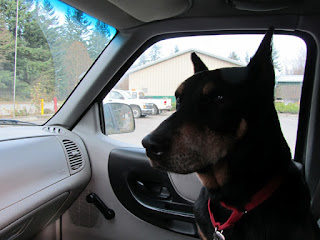 I probably shouldn't get too excited yet...first to get it to the mechanic...
Posted by thequiltingdoberman at 5:40 PM