A much better day 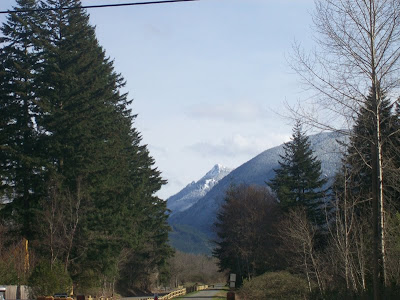 Yesterday was Rusty's worst behavior day since he showed up just over a week ago. He didn't even have an accident in the house and it was still our worst day.

Looking back at it, I think it got off on the wrong foot in the morning when I came around the corner to see what he was barking at and found him nose to nose with Pascal the chinchilla who was repeatedly charging his side of the cage and doing this "barking" noise of his own.

From there the day just slid downhill. He wouldn't stop hunting the cats or taking my stuff; which he was more intent on "keep-away" and shaking the item; especially clothing, pillows and blankets. And he would start it up the second he got out of the crate each time.

I was finally able to salvage the day later in the evening by keeping him on leash while I read. Eventually he just laid down next to me. 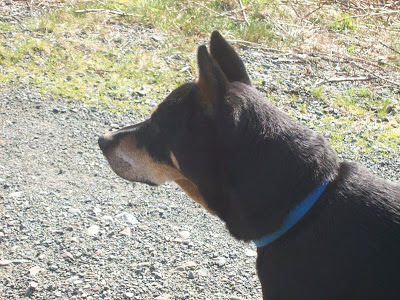 Today started off very cold. Thankfully Rusty woke up like yesterday never happened and was more on routine. The snowline came down in the mountains, but never really stuck at my level. I took Rusty on the Snoqualmie Valley/Iron Horse Trail for his outing. He has come so far in his car riding; it really is nice. Far less barking and whining and an overall willingness to get in. 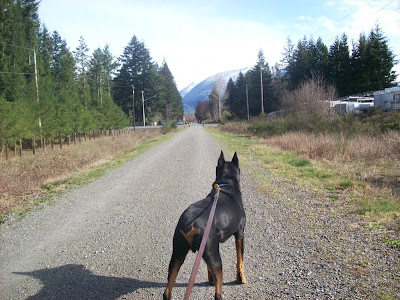 As you can see the day was nice and sunny. 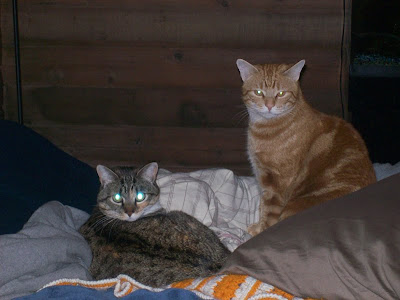 Leela and Emile are a bit frustrating at times with their over-inflated trust that I will keep them safe. :) The worst is Emile (orange tabby) he is convinced that as long as his head is covered; he is invisible. It never occurs to him that even if he is under the blanket that if he is moving, that is almost more exciting than if he was fully exposed. And often I catch him with his head and body covered but with his rear and tail sticking out. He tends to do this right at the doorway under an entry way curtain right as I am bringing Rusty in. Fortunately Rusty is always moving too fast to realize he has just run by a tail.
Posted by thequiltingdoberman at 3:25 PM