Seeing more of the world 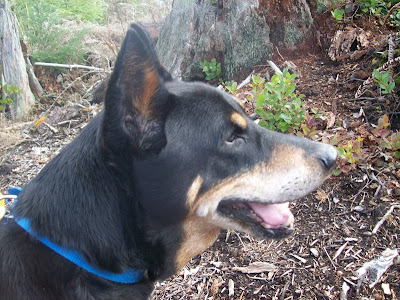 Today was Rusty's second real day of car exposure (training) and getting out into new places. The very first time I met Rusty I had to take him on a 4 hour ride. He had an accident in the car and whined the entire time. 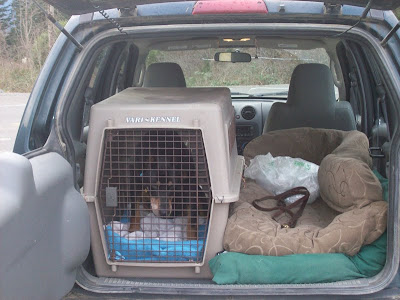 So we have moved on to crating. So far no accidents, the whining is less but the barking is probably a bit more. His barking annoys me; but it is kind of a funny seal sounding old dog bark.

He gets better as the day goes on which I would like to think means he is getting used to the car but might also be giving up in defeat. :) He just isn't used to the car and doesn't know what to expect. I am allotting extra time on my errands so he gets positive time out of the car and associates the ride with a worthwhile experience. The crate also makes him lay down which helps with his physical lameness. 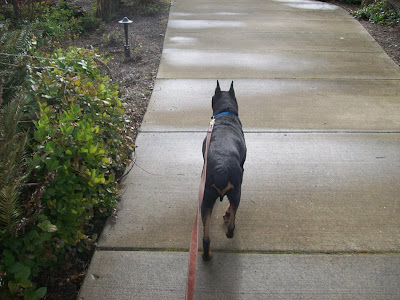 It is hard not to really walk him. He has the energy and the desire for it. We started him on a Metacam for his weak back end which is looking more like his hips. I am anxious for it to kick in. Once he is up, things don't look so bad, but the mornings are painful. 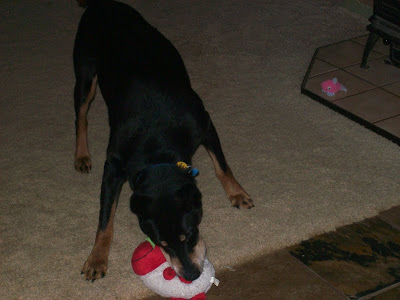 Once he is UP...mornings are his golden time. He is better behaved and we seem to have fallen into a schedule. It is the one part of the day in which he is more willing to self-entertain while I do my stuff. As you can see he loves fluffy toys. He is a shaker and a thrower. 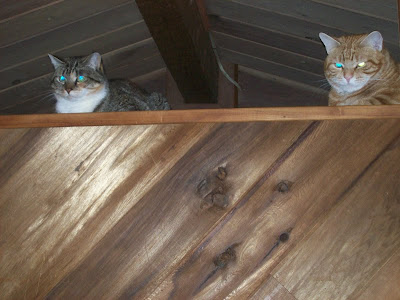 Leela and Emile. They are so patient with the dogs I bring into the house. Rusty has recently discovered the cats and is "overly interested", he has not however figured out their rafter system however so they can look down on him when it behooves them.
Posted by thequiltingdoberman at 6:12 PM