Good morning - this will be an exceptionally disorganized post. This week feels sort of chaotic and apparently today my blogging will reflect that.

1. Sandy Hook is moving and they are asking for snowflakes to decorate the new school. While I know they were probably thinking more paper, I know some of you crochet as well. I kind of doubt they would turn them down. Please do not write messages on the snow flakes. Think beauty, think peaceful decoration, think glitter...

2. Check out Chocolate Covered Katie's Christmas wrap-up blog post. Mostly because it mixes desserts and dogs, and because although Batman is roughly the size of half of Nim's head, let's just say I WILL be finding that shirt in Nim's size. 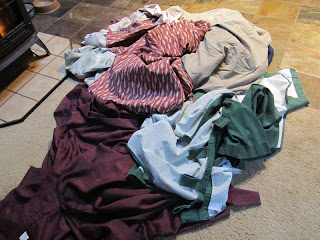 Christmas Day I dealt with some major house cleaning. There was a curtain I have been avoiding because of a large spider I saw on it 2 weeks ago. Unfortunately in the same area I saw a different large spider about a month ago. I know it was a different one because the one a month ago was "dealt with."

I have had a huge spaghetti squash craving for the past few weeks. I found the perfect baked vegan macaroni and cheese style casserole recipe except that King County sold out of raw cashews. (Basically there is a limited amount of places to find them in the first place and I gave up after the first one due to holiday craziness).

Fortunately I found a cashew-free vegan cheese sauce recipe on Delights and Delectables and winged it.The sauce was very good. I added sauteed mushrooms and broccoli and more nutritional yeast and Daiya. My only beef was that spaghetti squash really cooks down so it didn't last long. 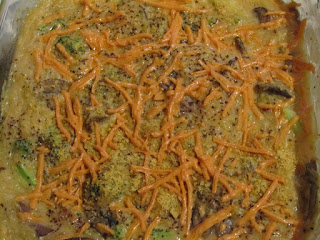 It was rainy and windy most of Christmas Day (of course) and Nim was going nuts. I gave him a choice between antler and very large bully stick so I could clean and bake. (Note my sewing area is also currently my research writing area). 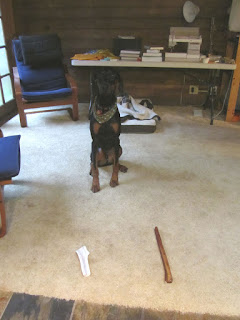 He selected the bully stick. 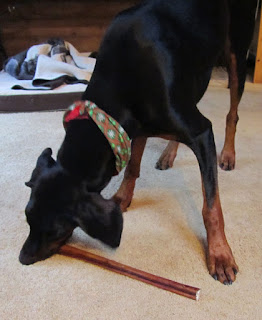 We ended up doing a dark walk that evening when the weather finally broke. I actually enjoy that at this time of the year with all the Christmas lights.

I did NOT get started planning for the New Year's Day Mystery Quilt yet, maybe later in the week...


Posted by thequiltingdoberman at 10:32 AM