Sunday was an unexpected completely free day. It feels like forever since that has happened. While it rained in the morning I cleaned the refrigerator, and the second it stopped raining we were outside.

Much to Nim's delight, I decided to work a bit on the garden beds. He happily was digging next to me. That dark soil in the wheel barrow is a manure mix of some type. 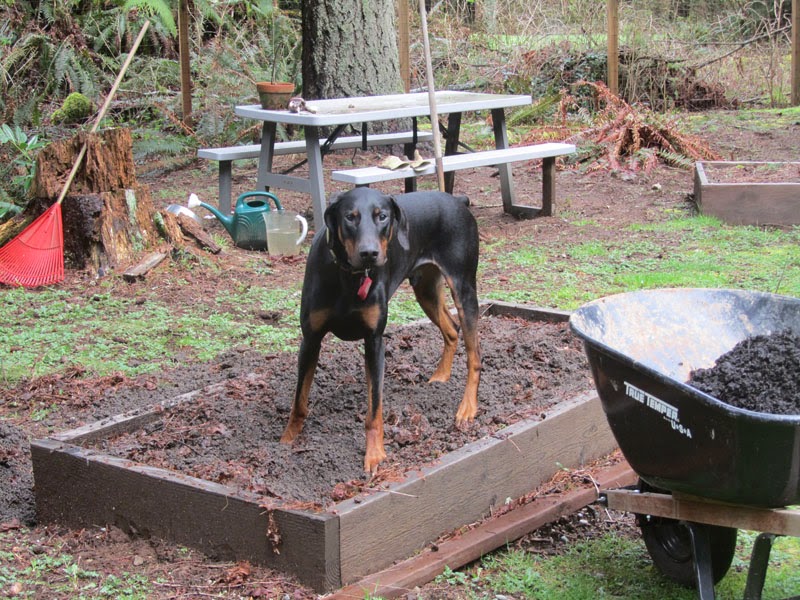 The second I started trying to combine the manure with the dirt already in the beds I had a sneaky Doberman trying to get in there and "sample." I could hardly be mad at him as he was having such a good day. 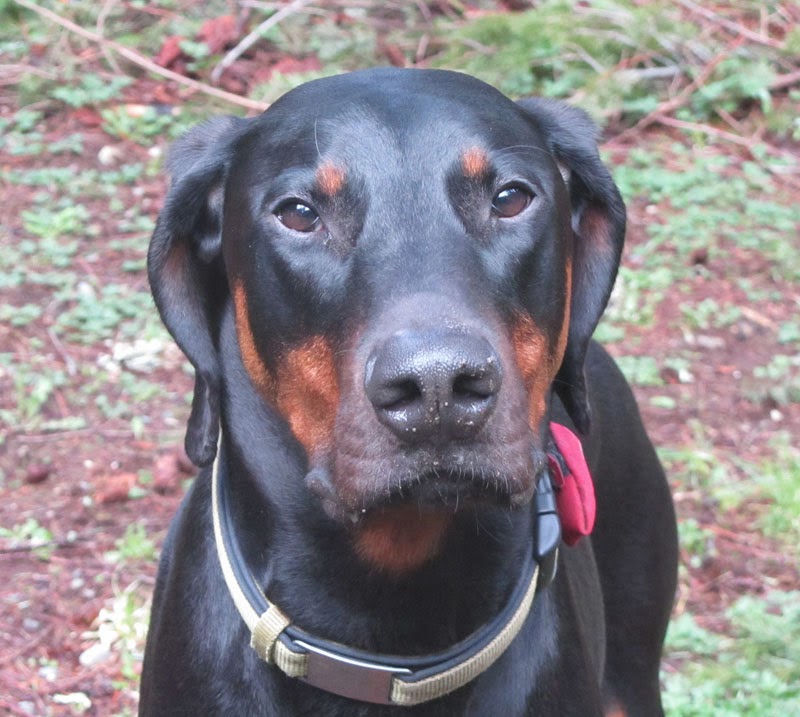 He spent a lot of time running circles around me or digging, but when the sun actually came out he melodramatically flopped down in the grass. 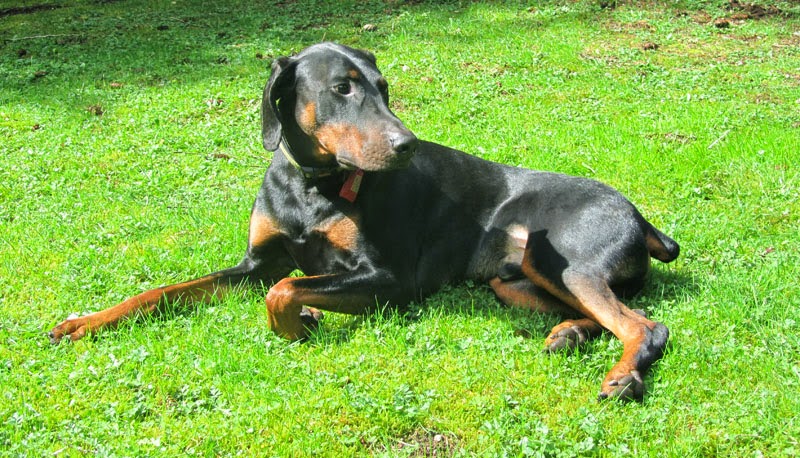 Then it started to rain again and we were back in the house. :)
Posted by thequiltingdoberman at 7:23 AM