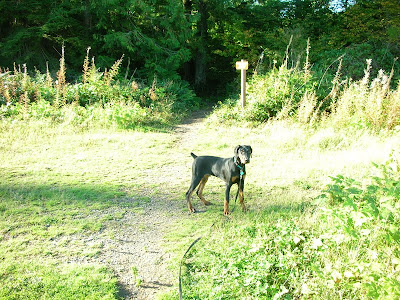 I was going to wait until Nim got a little older (presumably with more manners and maturity) before I started hiking him on more mainstream trails, but after a big scare in which my peripheral vision caught a coyote hunting him on the North Fork a couple of days ago I decided it was time to go less remote. Ironically Nim definitely outweighed the coyote, but Nim still looks very bouncy when he moves.

So this morning we decided to try the Winery end of the Rattlesnake Mountain trail. I know it well and I tend to know a fair amount of the regular hikers and dogs. I got lucky, it was a light morning. We did meet one male hiker on the way down. Nim was very suspicious of him, so it is definitely good we will be working more trail socialization now. 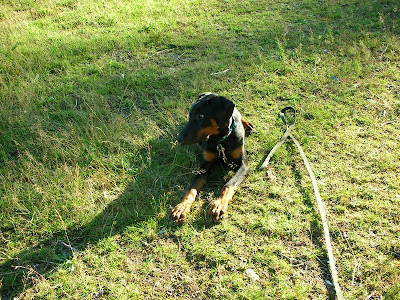 I was going to hike him further but when he laid down I did have to remember he is still a baby dog.

Thankfully my sister has been coming out to photograph both dogs on occasion. She is a good photographer and I just don't get good photos.

These agility photos are actually from last week. 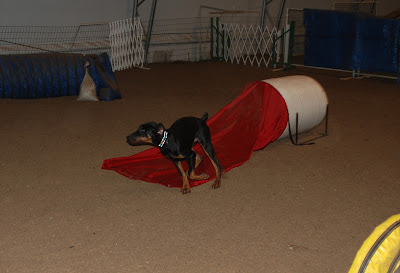 Not from this week in which Nim shut down so hard on me for making him do a sit-stay that he rolled over and kicked his legs straight up in the air at me - truly a stunning variation on the rapid kicking on his side. I was impressed with his back balance. Thankfully no one was around to photograph that.

While he was rapidly kicking up at me, I looked down fondly at my little devil and I thought to myself...time to wear you out before agility. I thought other things too but this is a family blog. 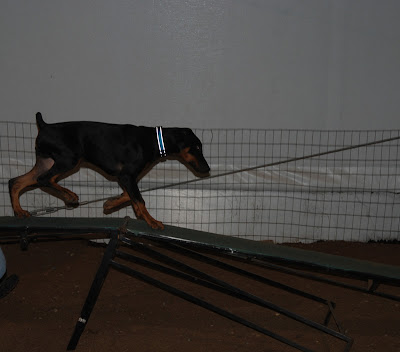 Rusty is balancing out pretty well right now between the additional drugs and now acupuncture! 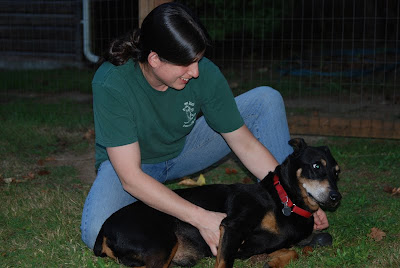 Now he can jump and run faster. :) 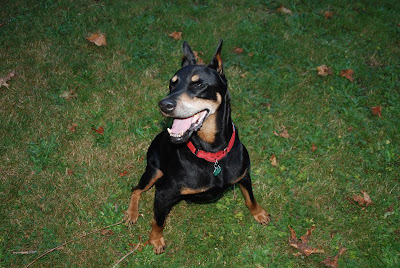 Not always a great thing for me. But he is much more happy again. Once he wanted to throw his kong more and rub his head on the ground again I knew he was a happier dog. 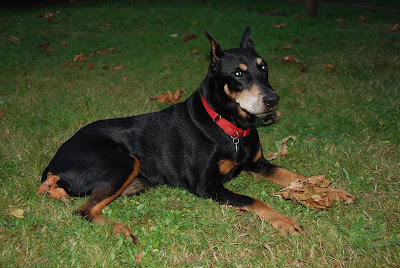 Posted by thequiltingdoberman at 1:28 PM