The time in Tanzania right now is 12:30am on Thursday, October 21. I have no updates on Africa traveling sister. If I remember the plan correctly, she shouldn't have summited yet...maybe Saturday?

I do however have a Merlin update...he is now in bed every night with the house-sitter. Is anyone surprised? And the house-sitter comes home every afternoon and stays in at night. Just the sort of attention Merlin demands from a human. 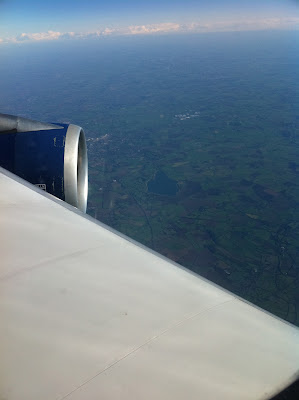 AND the time in London is about 10:30pm, Wednesday, October 20. Yup, that is right, the other sister has left. (Leaving me with only the senior high schooler sister nearby...have you ever tried to fit into a high schooler's schedule?)

This sister is traveling through England, Rome, and Germany. She will now be referred to as the Traveling Love Ghost. 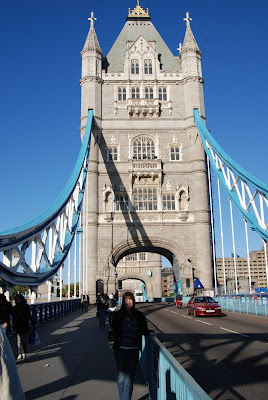 Her flight went great. She had a window seat, good food and she slept for about 4 hours on the plane. Not quite enough sleep for the time change as she would later find out when a tour guide asked her if she spoke English because she looked so vacant from being exhausted. Ha! 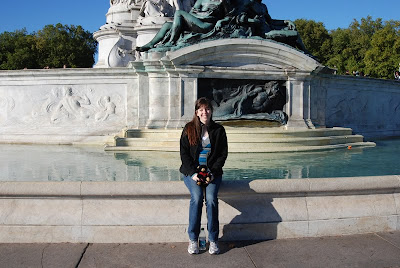 The bear in her lap is a Stanford Bear named Bashi. Her friend who is currently attending Stanford, shipped Bashi to WA state so that Bashi could have a European vacation.

Apparently, despite the sunny looking photos it is actually really cold and windy over there. She sounds really tired but really happy to be there.

Tomorrow they see the Tower of London and Stonehenge. I can't wait to see the photos from Stonehenge especially.
Posted by thequiltingdoberman at 2:16 PM