It is about 2:30am in Tanzania, Saturday, October 23. I wish I had paid better attention. If Saturday was summit day (I am fairly sure it is), they would have been woken up around midnight (if they could even sleep in the cold) and they would have started the several hour summit climb for sunrise. 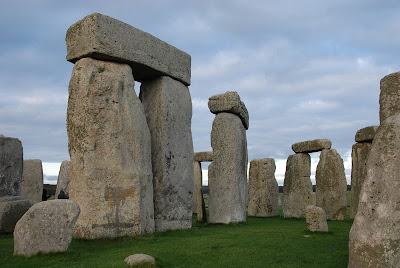 It is 12:30am in London, Saturday, October 22 and I am already a day behind in blogging! 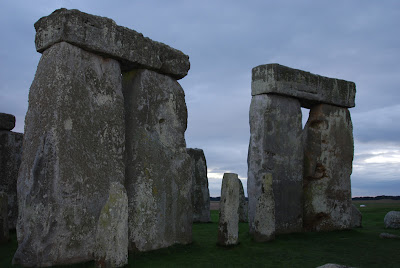 These photos from Stonehenge are from Thursday, October 21. I couldn't get enough of looking at them. There is something different about seeing all the promotional photos of Stonehenge and then seeing the photos that your Traveling Love Ghost takes when you can't be there yourself. 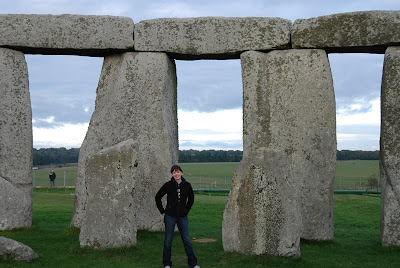 "We walked up to the group, because it was an after hours special access tour limited to 20. 15/20 were worshippers, +dad and me, +another couple. The other couple politely asked the leader of the white robed and colored sashed people if they were druids, what they worshipped, what ceremony they were performing. The guy was arrogant, said we are ONLY HUMANS, THIS is nothing like you have EVER seen before and his eyes got super big. I was scared my Stonehenge experience would be about their chanting and walking- but they behaved for the most part. He was right, it was nothing like i had ever seen before. (and no aliens landed) :)" 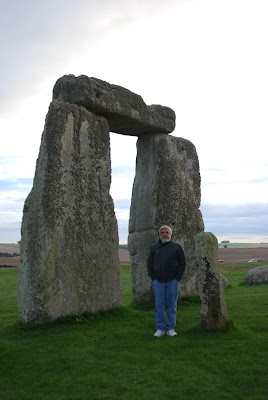 I don't even think my dad knows I have a blog (although I have told him about it before). 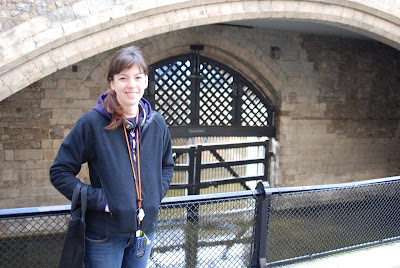 The Traveling Love Ghost, standing in front of a "traitor gate" where they chained you when you were bad for the tide to come in. She calls it her "vacant" look. :)
Posted by thequiltingdoberman at 4:29 PM