Monday morning we woke up in our tent in the Sea Ranch Resort of Cannon Beach Oregon. Our first tent night went actually pretty well. We had an RV with German ladies show up a little late and they were pretty chatty but other than that it was pretty quiet. It was expensive for camping, but I think that comes with the area. And you literally have to kneel to take a shower. That part was bad. I am 5'6" so nothing crazy tall and finally kneeling was simply the best option.

But our morning walk was this: 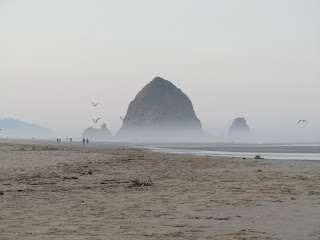 I think even if I lived in the area the Haystack would literally never get old.

Nim did some people watching: 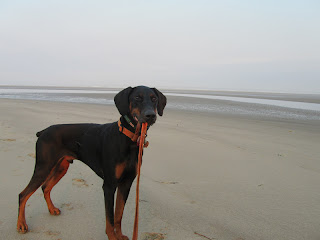 He did some wave watching: 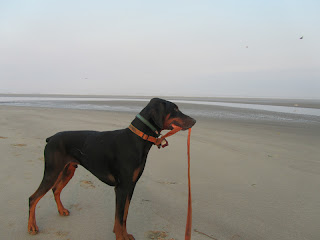 (I have been asked how a dog can't love the ocean. Well Nim can count the ways). 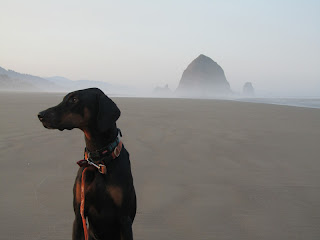 We spent a lot of time out there. He was in a blissful mood because after day one I decided that going forward he was going to be fed heavy and frequently to keep him padded up for my planned hiking adventures. Eventually we left Cannon Beach and headed south on 101 for Cape Perpetua. This is part of the Suislaw National Forest and an absolutely gorgeous area. After the night before I learned that I needed to establish a camp more afternoon and then set out hiking from there.

I got a spot at the Cape Perpetua campground (no showers, but flushing toilets/drinking water) and then we hit the trails.

We headed up the St. Perpetua Trail to an overlook. This is an uphill push. You can drive to the top where the overlook is and still experience some gentle walking and the views. 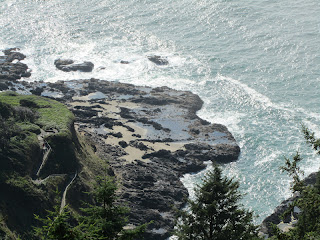 I believe this stone shelter is known as the West Shelter. It was built by the CCC. Very neat structure. This is also accessible on the flat trails from the parking lot. 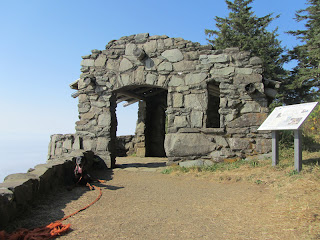 Really cool stone wall. It is pretty amazing all the work the CCC did. 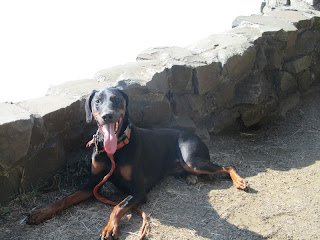 This is part of the Whispering Spruce trail (I think). This is all a flat and well maintained trail system from the upper parking lot. Even if you are not a hiker you will enjoy this. 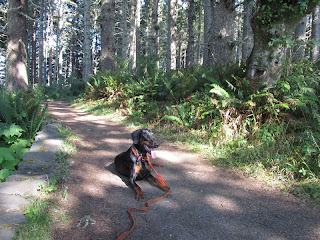 We then decided to pick up a portion of the Oregon Coast Trail/Amanda's trail. If you are a non-hiker this is not a gentle trail and there is some ups and downs (especially heading down towards 101 - which you then come back up) but I loved it back there. 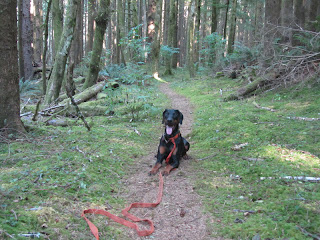 I ran into one single hiker and his really cool Vizsla. In fact, I have never met such an easy going Vizsla and I actually mean that in a good way because I do think they are great dogs. Most of the ones I meet just tend to be a little nervous and aloof. This one was great and he read to stay out of Nim's face very well. Then they were fine side by side. The gentleman was local, but had a long hiking history in Utah that made me want to make that area a goal destination.

I didn't realize there was going to be a statue at the end of Amanda's trail. To be honest I wouldn't have seen it had there not been a large sign warning you of tracking devices if you tried to steal it. It was a very nice statue: 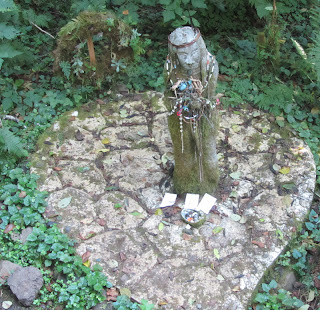 Like a lot of stories of forced marched Native Americans, Amanda's story is a sad one. This article has a bit of history behind the woman and the trail.

I returned to camp before dark super hungry so we quickly went into town to find as much food as I could for the night. The tent was set up next to a small stream and we had a really quiet and nice night.

Posted by thequiltingdoberman at 5:34 PM