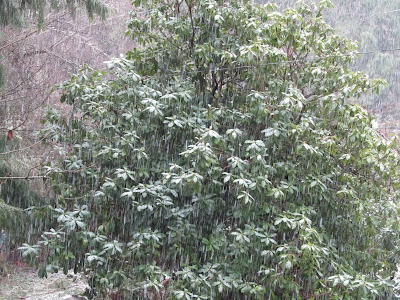 For once the weather report was totally accurate and except for before the sun came up there has been constant snow and/or rain. 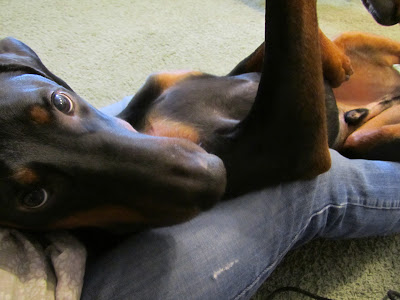 It is nail-dremel day. To do Nim's nails I roll him on his back. My breeder does her dobermans like horses (standing with one foot at a time), Rusty laid on his side. 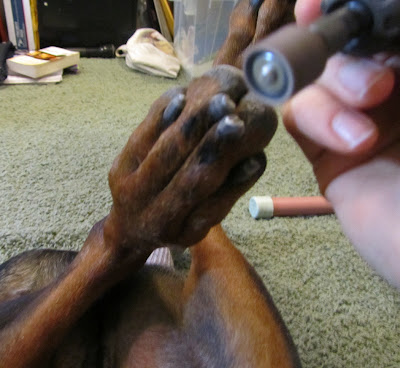 He doesn't love it, but he doesn't have a choice. 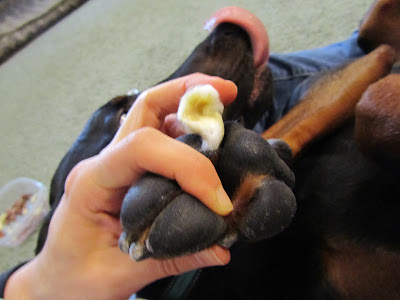 Next all his pads are treated with Tuf-Foot I am not sure if the product works or not, but it is an easy way to clean up and check his feet at the same time. He did tear his pad a couple of weeks ago and it was a week in which I hadn't kept up on the treatment. 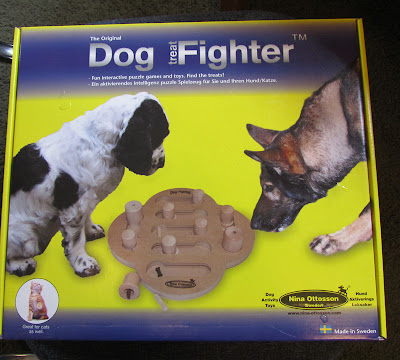 I completely forgot about this toy! My mom gave it to me for Christmas and I have never tried it. 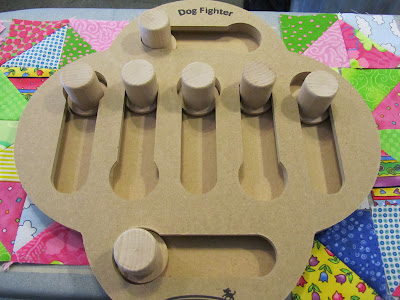 This is the simple set up. 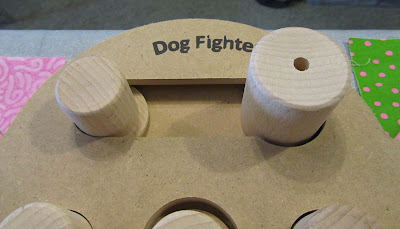 The larger block and the thin bar shown down below are intended to make it harder. I will use them the next time. 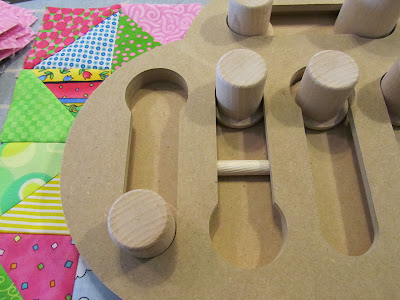 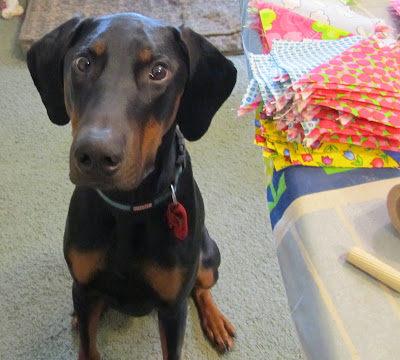 This process was extremely hard to photography because the dog is moving so much. He figured it out really quickly and alternated between using his nose and his paw. 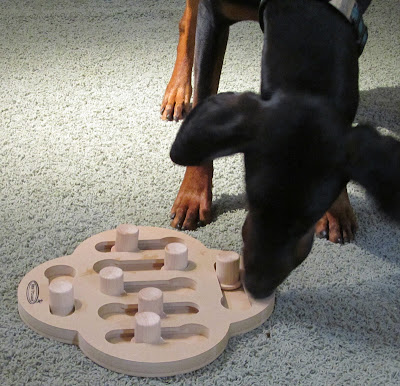 Left alone with the toy I am pretty sure he would chew down all the wood pegs. This toy produced the desired mental exercise because when I tried to recall him later I thought he was blowing me off. Turns out he was actually sound asleep on his pillow and didn't hear me. He usually doesn't sleep that solid during the day. 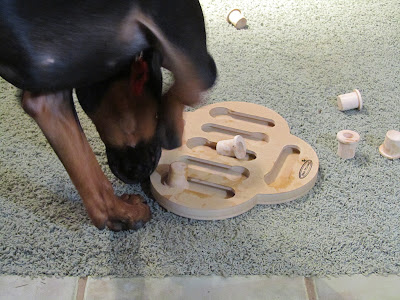 Later in the day we worked on crawling. It has been months since we have done this. What I was really impressed with that he has definitely gotten bigger however he is a much more powerful crawler too. When he was a puppy he would more hop through on his stomach, this time I saw him alternating legs and literally crawling and he was actually really quick at it (I don't often see dogs move like that). 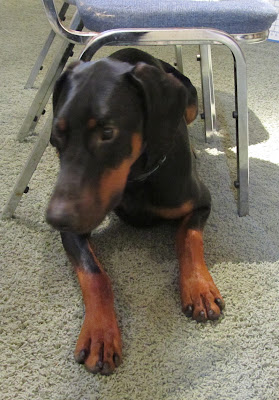 This is our "perch" exercise. We have to watch not overdoing the repetitions on these but they are a great obedience and strength exercise. 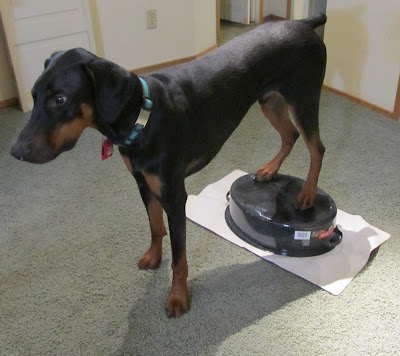 I am only able to photograph him head on but I actually have him side step all around the perch while at my side. We also start with him in front and maneuvering to a heel-side "finish" while on a perch. 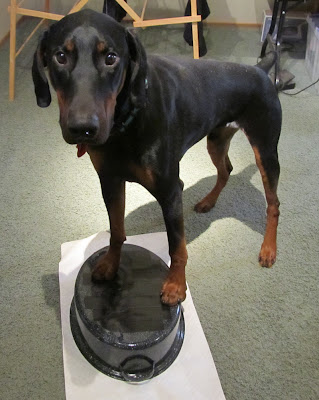 Posted by thequiltingdoberman at 2:44 PM