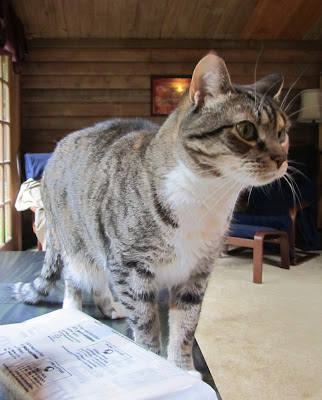 Pretty much since the moment I woke up I have been restless today. I should be sewing but when I couldn't focus on that, I decided to bake and clean the house a bit. I will basically have to pull a late night of sewing or give up on the goal of submitting to the Pacific Fabrics quilt show.

Leela was interested until she realized it was nothing worthwhile to her. 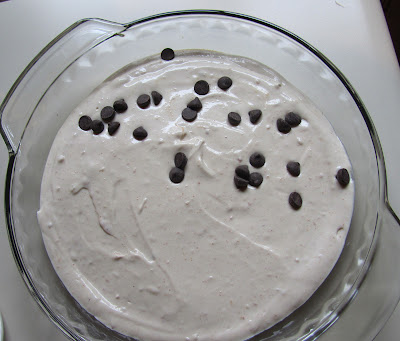 I wanted to play with that cheesecake recipe I did a few days ago. My initial plan was peanut butter chocolate chip.

I went down to 1/2 tablespoon lemon and added 1/4 cup peanut butter. Then it came time to add the chocolate. I couldn't decide. (I think really I just wanted to stand there and eat some chocolate chips and think. :))

Do chocolate chips even belong in cheesecake?! I suppose the same could be asked about peanut butter. So you can see I did the half and half. The batter did taste good...more later on the actual cake. 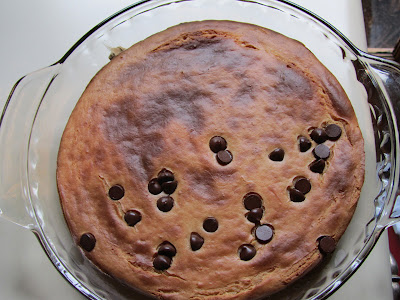 Emile knows my vegan baking is not worth his time. :) 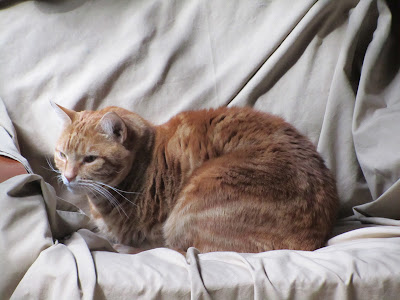 Posted by thequiltingdoberman at 4:37 PM