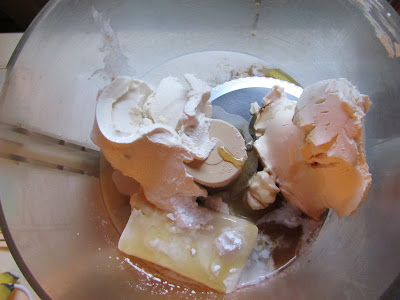 Today I just wasn't in a sewing mood but I did really want to bake and cook. I accomplished 3 out of the 4 things I planned to make today. 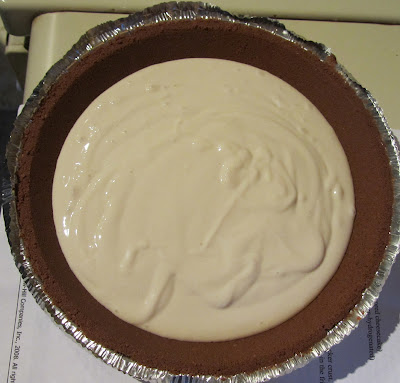 First I wanted to test a recipe from the Chocolate-Covered Katie site. It was posted in the comments section of the Banana-Split Cheesecake Bites post. 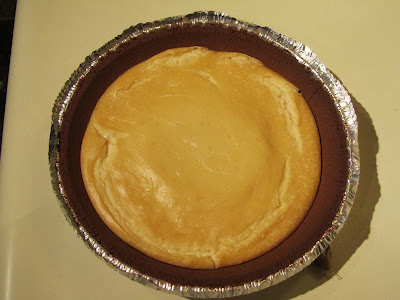 I stayed true to the test recipe. In my case I am a sugar user so I did not use stevia and I did opted for a full tablespoon of lemon.

The batter tasted great! Now we will have to wait until tomorrow for consistency. The last time I tried a vegan cheesecake the consistency failed but the taste was fine and yes, as I remember, I ate a fair amount of it. 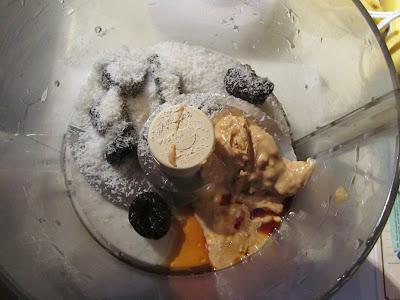 The next recipe is not so much cooking but it has become a huge staple for me. This is based on the Peanut Butter Cookie Dough Larabar recipe. I have never eaten a Larabar so I have no idea how this compares, I just know that it is a great combo for me. 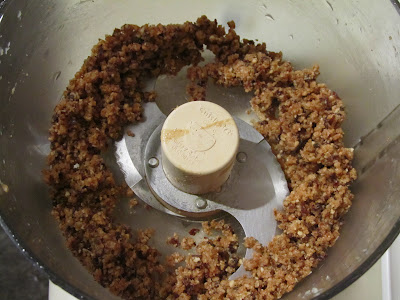 My modifications include 2 tablespoons of coconut instead of peanuts and I used prunes instead of raisins. You can see the mix is a crumble. 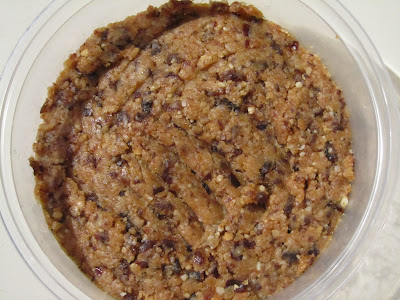 I then smash into a container which goes into the refrigerator to eat in sections when I need it. Truly a favorite for me. 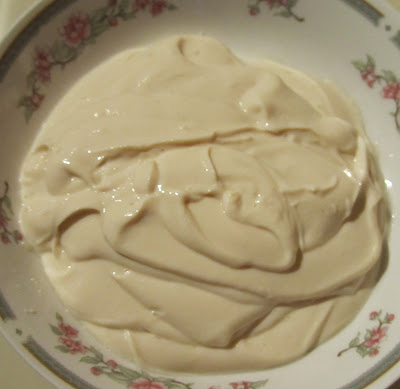 This photos is boring, but I REALLY have wanted to make the sour cream recipe from the "Vegan Soups and Hearty Stews for All Seasons" since I got the book. This did not disappoint. I left out the salt because of the recipe it was going into and doubled the lemon juice. I will absolutely make this again over buying the store options. 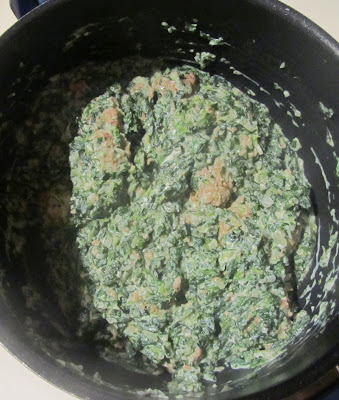 The sour cream went into my favorite stroganoff recipe, which I promise tastes much better than it looks. It is basically onion, garlic, frozen spinach, and Nate's meatless meatballs. I used to only put it over noodles, now I am just as likely to put it over sweet potatoes.

Current stroganoff recipe (a recipe was given to me but I don't know from where and I do some things differently):


Saute the cropped garlic and onion about 10 minutes (basically I don't let it brown). Add the spinach and the meatless meatballs and some water (maybe a 1/3 cup of water - sometimes I need more).

I have found I need to cook it at about medium heat for a good 10 minutes or so - until the meatballs are hot all the way through.

Add sour cream after everything else is cooked and heat (but don't bring to boil). Salt/pepper as desired.

This recipe has frozen well for me. 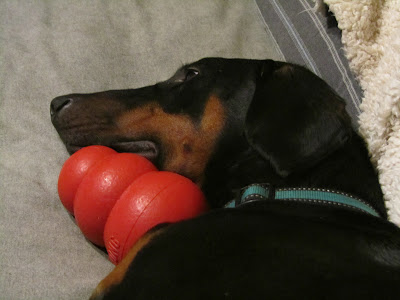 I wanted to make another batch of berry scones and even put crystallized ginger in them this time but the night is getting late so instead I will eat Next Organics chocolate covered ginger (pretty much my favorite along side their chocolate covered cherries) and watch more Dark Shadows.